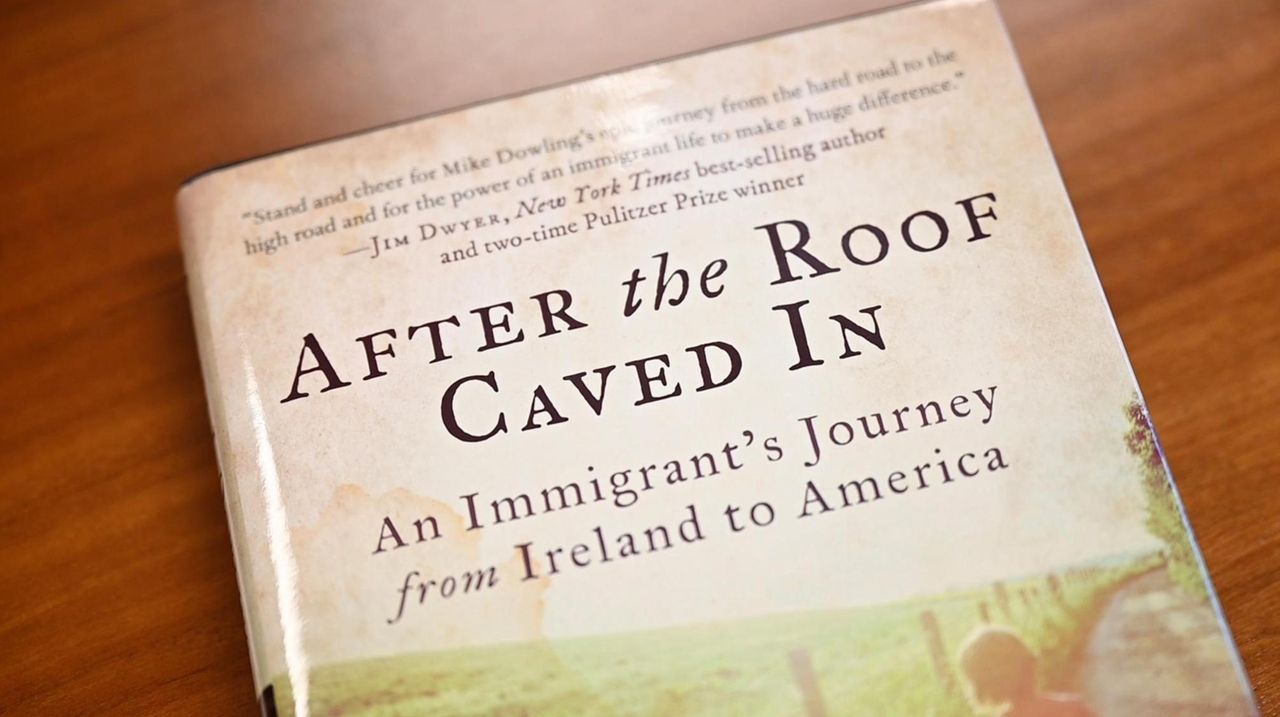 Nearly a half century before becoming the chief executive of New York's largest private employer, Northwell CEO Michael J. Dowling lived in poor, rural Ireland, where he withstood a teacher who struck students, witnessed his father's violent episodes and slept in a collapsing house.

Dowling writes of his Irish experiences in his memoir, "After the Roof Caved In," co-written with Charles Kenney, the chief journalist at Northwell Health, the largest health system in the state with more than 74,000 employees. .

The roof itself collapsed one night when a rainstorm swept through his village of Knockaderry. The roof, and ceiling, crashed down upon Dowling and two of his brothers while they slept.

"We woke covered in soaked canvas bags, straw, rafter boards, dust and who knows what else from the rats that nested up there," Dowling wrote, adding that since there wasn't a shower, they rinsed off with buckets of water outside, before returning to sleep in another room. "In the following days, my brothers, my dad, and I were able to rebuild the section of the roof, and life went on as before."

In an interview Friday, Dowling said he wrote the book because "history is important, and everyone has a very unique history, and as you get a little bit older, you reflect back on your life."

Dowling, who nearly had the book finished before COVID-19 struck, said the immigration debate in the United States was also an inspiration for the book, adding that there's "no limit on how big you can dream."

Before his climb to the CEO level at Northwell, there were the challenges of being poor, he said.

The book's greatest villain is teacher Mr. Burke, who often struck children, including Dowling. In one passage, Dowling writes of a boy named Johnny, who caught Mr. Burke's ire.

"Mr. Burke then staged his fear-inducing preparatory charade, took the thick leg of a stool he kept in the back of the class, and hauled off and smashed John across the side of the head with vicious blows, causing the side of John's face and head to swell up," Dowling wrote.

Dowling said the boy was never the same after that, and would die in his late teens. There were rumors he died of a brain tumor, but everyone wondered if it was really because of the beatings.

Years later, as his time at the school came to an end, Dowling stole Mr. Burke's stick and cut it into small pieces. He knew it wouldn't lead to much, but it gave him a "level of satisfaction."

He writes that he also had a conflicted relationship with his father, who he called a hard worker, but a "difficult individual, violent temper, you never knew what was walking into the house when he walked in."

His mother, on the other hand was "a saint."

The experiences in Knockaderry, and his early years in the United States, where he paid for college by working on the docks and cleaning bars after hours in Queens, helped shape his management philosophy, Dowling said in the interview.

He said he often walks the grounds of hospitals and feels as comfortable talking to workers in the parking lot or kitchen as he does senior executives, adding that it's important to hear from everyone.

He said his upbringing also shaped his beliefs that are reflected in Northwell marketing, which includes a new social justice-themed ad campaign called "Raise Health," which messages that it's wrong when "where we live determines how long we live."

Health systems across the state have acknowledged health care quality disparities based on financial conditions, and the more hard-hit regions are often communities of color. Northwell has, for example, taken a lead in running COVID-19 vaccination drives in some of those areas by partnering with community groups and churches.

"I have a lot of empathy for people who are struggling," Dowling said. "I was there."