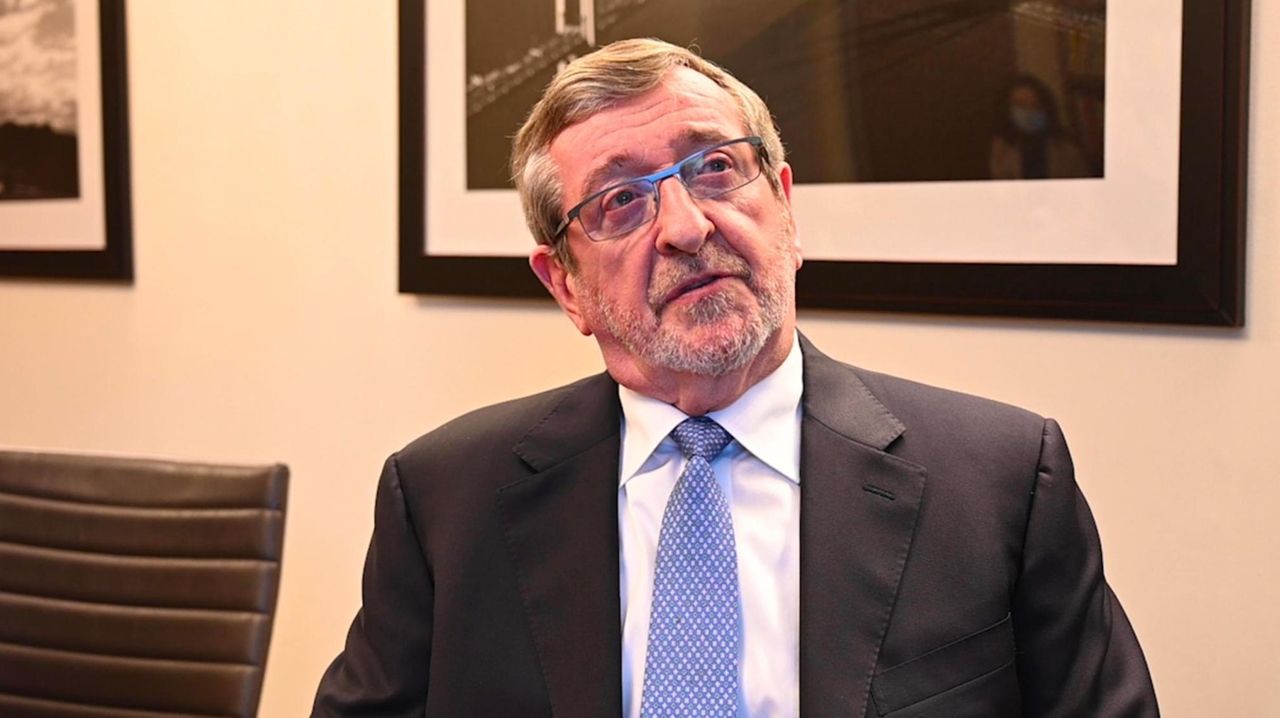 It’s "very important as a leader of a large organization like this to take action and become involved … and not just sit idly by and say these things are just OK," Michael J. Dowling, president and CEO at Northwell, said Tuesday.

"Whether it’s racism, gun violence or immigration, we have a voice that needs to be heard on this," Dowling said.

New Hyde Park-based Northwell Health is the largest health care system and the largest private employer in the state.

Northwell's declaration came in collaboration with Healthcare Anchor Network, a group of health systems nationwide that aims to bring equitable health outcomes in the United States while bringing attention to the underlying economic and racial disparities that drive them.

Northwell earlier this year opened a Center for Gun Violence Prevention in an effort to spur national debate on the need for health care leaders to help curtail the nearly 40,000 firearms-related deaths that occur every year in the United States.

Last month it started asking emergency department patients at three of its hospitals if they have a gun in their house as part of a new screening program designed to analyze patients’ risk for firearm injury.

Northwell said overcoming systemic racism and the health care disparities in the communities it serves is a core philosophy that includes investing, procuring and hiring locally.

The health system added that it would actively engage and listen to patients and colleagues of color and modify behaviors where needed.

Dowling said Northwell is focused on improving health outcomes in underrepresented communities that he said have suffered because of the prevalence of chronic disease. He added that chronic illnesses have "led to the disproportionately higher death rate among African Americans and Latinos during the COVID-19 pandemic."

Health disparities were made clear during the pandemic, said Theresa Sanders, president and CEO of the Urban League of Long Island, a Plainview-based nonprofit focused on fostering economic equity for black Long Islanders.

"We’ve known that there is inequity because of access, but the pandemic brought a spotlight on it that can’t be denied," Sanders said. "A disproportionate number of Black and brown people died."

Some of the areas with the highest infection rates per capita during the height of the pandemic included Hempstead in Nassau County and Brentwood in Suffolk County, according to Newsday analysis.

"There is an issue with access, a distrust of the health system and many Black and brown people do not have insurance," Sanders said. "All of those reasons have played a part in the inequity."

Elaine Gross, president of Syosset-based ERASE Racism, said "structural racism has produced ongoing disparities in every aspect of life, including education, the economy, where people are able to live, and health care."

"I'm thrilled that an institution such as [Northwell] is making the connection," Gross said.

Dowling pointed to Northwell working with local school districts in minority areas to offer mental health services and setting up COVID-19 testing centers at community churches as examples of the health system working to improve health access throughout the region.

Northwell is working in communities across Long Island, talking with local leaders including local pastors, he said.

"I’ve been out in these communities talking to these people … to determine what they consider to be the priorities for their community, and then how it is we can, over time, make a positive impact," Dowling said.

Dowling said he has been in contact with health care leaders across the country to talk about how to make health care more equitable.

"Heads of organizations like I am … we have a responsibility to look broadly across the community and to see those things that are happening . ...that influence people’s well-being," Dowling said.

A language barrier can also create disparities in health care, said Dr. Jennifer Mieres, senior vice president for Northwell’s Center for Equity of Care, which was launched a decade ago to fight health disparities and deliver culturally sensitive care.

Mieres said that it works with remote medically trained interpreters to close that disparity.

Maimonides Medical Center in Brooklyn, Yale New Haven Health in Connecticut and RWJBarnabas Health in New Jersey were among the other tri-state area health systems to declare racism a public health crisis as part of the Healthcare Action Network.