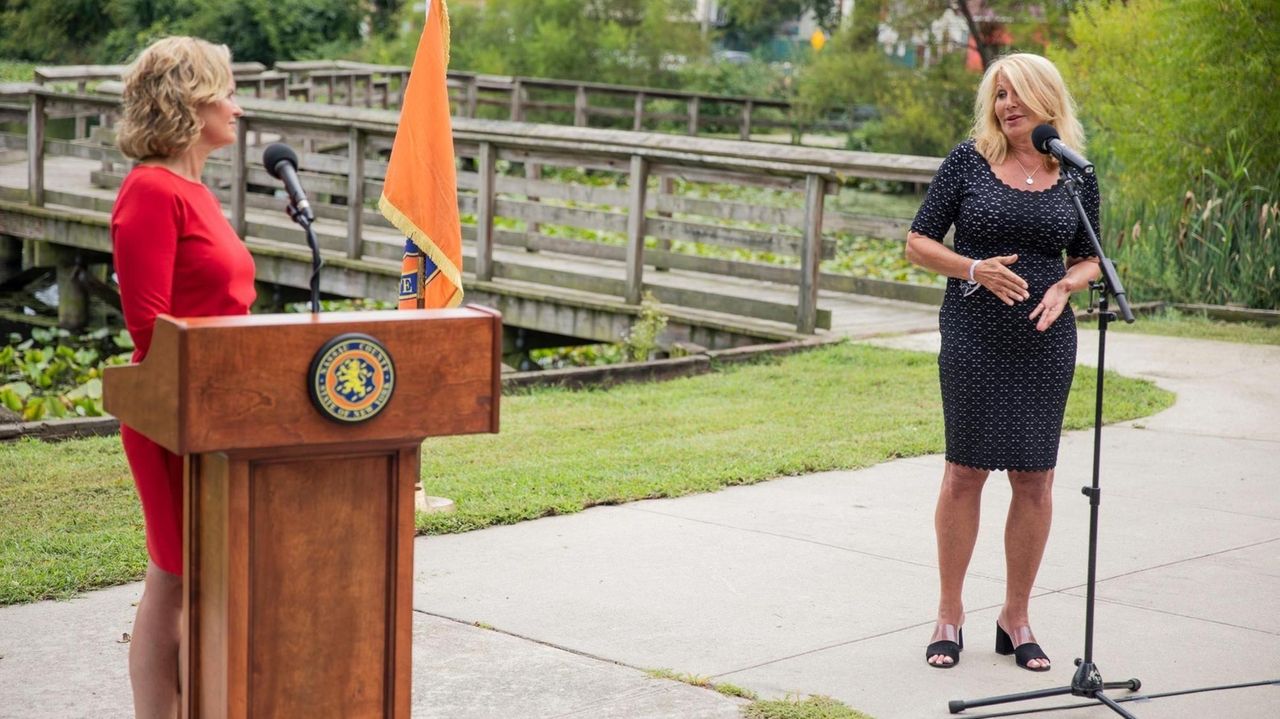 Across the Island, excluding the East End, homebuyers signed 3,317 contracts last month, up 28% from the previous August, the brokerage Douglas Elliman and the appraisal company Miller Samuel reported. In the Hamptons, the number of contract signings more than doubled, and the North Fork saw a 77% year-over-year increase in pending sales, the companies reported.

The August surge marks the second month in a row that pending sales have risen. In July, the number of contract signings on the Island increased annually by 60.6% in Nassau and 55.6% in Suffolk, OneKey MLS, the multiple listing service that includes Long Island, reported last month.

Those eye-popping increases drew the attention of Nassau County Executive Laura Curran, who held a news conference Wednesday along with Dottie Herman, CEO of Douglas Elliman, to discuss the rise in home sales.

The recent spike in pending home sales “is a good thing for our economy, it’s a good thing for our real estate community and it’s a very good thing for Nassau County,” Curran said at the news conference, held at Lofts Pond Park in Baldwin. The county’s walkable downtowns, she said, “attract a lot of young families to our area, and that’s something that’s really important to support our businesses and to help our overall economy.”

“People do not want to be in the offices every single day, and they got used to working at home so they’ll do a combination,” Herman said. “If you don’t have to be in the city every day, obviously you can live further away.”

Jonathan Miller, president and CEO of Miller Samuel, said in an interview that the upswing in pending sales was due in part to New York City residents moving to the suburbs, and in part to sales that were delayed due to the shutdown that banned in-person showings by real estate agents from March until mid-June.

The pent-up demand “is coming to an end, but we still have this outbound migration pattern,” Miller said in an interview. Sales activity is likely to remain strong, he said, though “it doesn’t look like we’re going to see the same intensity going forward.”