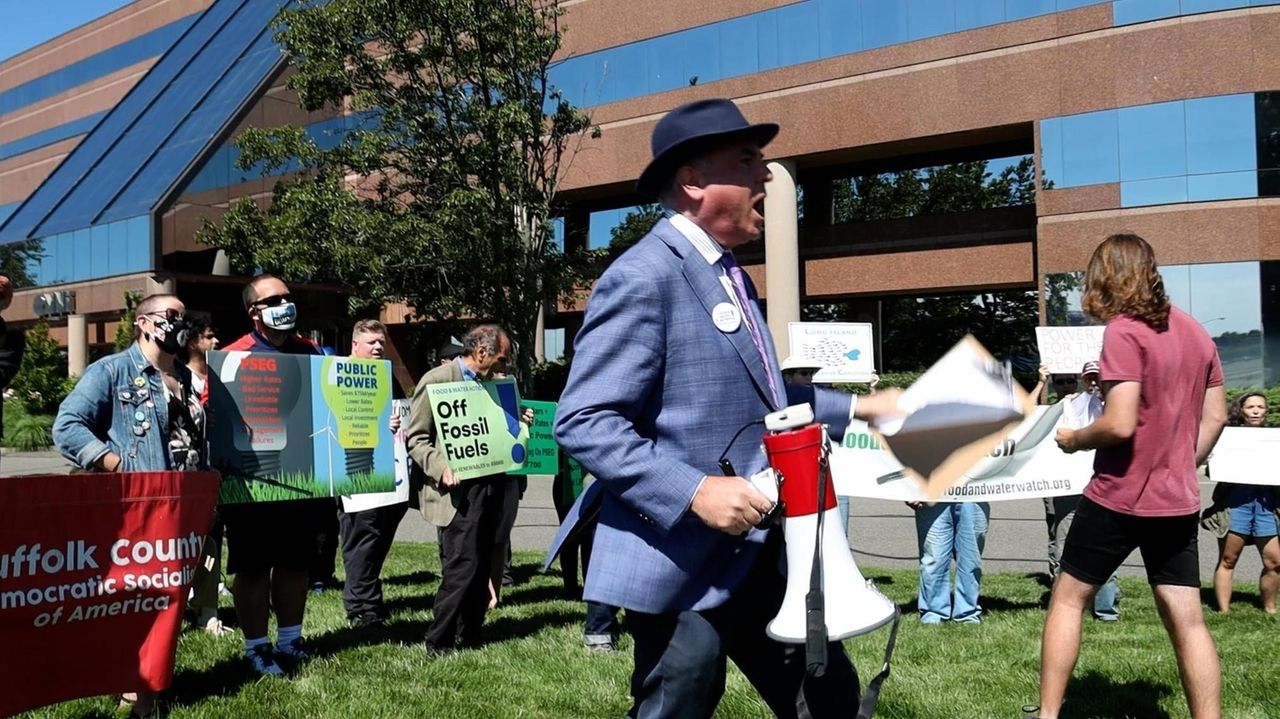 A top executive at PSEG, operator of the region's electric grid, on Wednesday told LIPA and its board that the embattled New Jersey company has no intention of going away.

PSEG Long Island president Dan Eichhorn's statement came as LIPA trustees were briefed on a new report from a LIPA Isaias task force that found that while PSEG has made progress in fixing and testing systems that failed during the August storm, the utility is still relying on "out of date" outage management software running on "antiquated" hardware.

LIPA for months has said it was considering terminating its contract with PSEG and either hiring another contractor to operate the grid or managing the system itself. PSEG continues to display an "over-reliance" on outside vendors to finish the work in preparation for major storms, the LIPA report said. Storm season started June 1.

PSEG's Eichhorn noted that LIPA in February had sent his company a letter seeking to terminate the PSEG contract effective April 4, 2022. He said LIPA based its letter on PSEG's failures during Isaias, and continuing problems with computer, telephone and contingency planning.

But Eichhorn said those problems have been "cured," and that PSEG has no intention of leaving. He said PSEG disputes LIPA's claims that there was "ever a breach" of PSEG's contract with LIPA, as LIPA claimed in a lawsuit accusing the company of incompetence and seeking $70 million in damages.

"As a consequence of curing those alleged violations under the terms of the [contract], LIPA does not have a right to terminate" the contract, Eichhorn said. He noted PSEG has stated since last year that it wants to continue to be the Long Island utility service company. Its contract extends through 2025.

"We think the relationship we have and the setup is the best for Long Island customers," he said, noting the company had been "silent in the media" and refrained from "pointing fingers."

But he added, "We do want to stay and will defend ourself vigorously in the appropriate legal forums." PSEG's answer to LIPA's lawsuit was due in court Wednesday.

"If they spent as much time and energy fixing the problems as defending their actions we would have solved this [storm preparedness] thing by now," he said.

LIPA's Isaias task force noted that a recent comprehensive test of the outage management system that PSEG dubbed a success was conducted "off hours rather than peak times." The outage computer system is central to the utility’s response to storms, including analyzing outage data, assigning work crews, posting outage locations online and estimating restoration times.

PSEG "needs to move to a modern, supported system, test that, and LIPA needs to independently test that system before remediations of the communications and outage management systems can be considered complete," the report states.

LIPA Chief Executive Tom Falcone during the meeting called PSEG's use of the older system "at best a Band-Aid."

PSEG "was unable to meet its own proposed project deadlines" to install a new version of the outage management computer system that has considerably more capability.

Activist groups met outside LIPA's headquarters on Wednesday to urge the authority to move forward on the fully public option, under which LIPA would take full control of the electric grid with an in-house staff and some 2,500 mostly unionized workers. LIPA is also soliciting interest from outside providers to see if another entity can take PSEG's place.

"The time for public power is now," said Ryan Madden, sustainability organizer with the Long Island Progressive Coalition, which organized the rally attended by other activist groups. Letters of support from local lawmakers were shared. "This decision must be made now [as] further delay is further time and resources wasted on a utility model that is structurally unreliable, unaccountable and more expensive," Madden said.

During Wednesday's board meeting, LIPA trustees expressed exasperation with what they characterized as PSEG's continued failure to complete a to-do list of storm and non-storm fixes.

LIPA last year presented PSEG with the to-do list to get its storm response systems in line, but in its report LIPA noted that many items "were delayed, deferred or not resubmitted for LIPA’s approval" once rejected.

"If I brought this report card home, my mother would have whipped me," said LIPA acting chairman Fischl. Eichhorn responded that not all the to-do items were storm related. "Dan, you're quibbling," Fischl said. "The report card is horrible and that is beyond dispute."

PSEG spokeswoman Ashley Chauvin said the company is ready for storm season. "PSEG Long Island is confident that our systems are ready," she said in a written statement, noting the company "completed a successful" test of the computer and communication systems "in an extreme weather scenario." One test, she said, included simulating "up to 90% of the customer base reporting outages" over a 24-hour period.

Chauvin said the company "has worked tirelessly since last August to make improvements to our systems and processes, and has been responsive to recommendations from the state, LIPA and its board."

In the report, LIPA continued to criticize PSEG for "weak project management and oversight" and "inadequate in-house technical expertise."

Falcone, in an interview Tuesday, said that while the storm systems are "obviously in a better place" than a year ago, "we’re not where we hoped to be," including with a continuity plan that would be enacted if computer and telecom systems fail again.

The outage computer system currently in use is version 5.5, even though most of the industry has switched to version 6.7, and version 7.0 is due out soon. The software vendor no longer provides updates or patches for version 5.5 but provides special support to PSEG on a "break/fix basis," the report states.

The older version doesn’t allow for integration of the hundreds of thousands of smart meters PSEG has installed, nor does it have built-in, two-way support for mobile devices used by crews doing damage assessment.

PSEG is running the old software on hardware based on an "outdated" operating system, Windows Server 2008, a version that Microsoft ended support and regular security patches for more than a year ago, LIPA’s task force said.

LIPA noted that PSEG had planned to implement the newer version prior to storm season, as it had last year. But PSEG "was unable to complete" the upgrade in time, and now plans to do so sometime after the 2021 storm season. LIPA said it awaits a schedule for when the company will do so.

Falcone said attempts to renegotiate a contract with PSEG have not borne fruit. "We’ve made our best offer and haven’t heard back," he said. LIPA is also seeking information from other utilities or companies interested in potentially taking over the contract. Responses are due to LIPA by July 19.

PSEG running 'out-of-date' software on 'antiquated' hardware, report saysA new task force report says PSEG's use of an older outage computer system is a setback as this year's storm season gets under way. LIPA: Customers face 'considerable risk' as storm season approachesLIPA wants PSEG, which operates the Long Island grid under an $80 million-a-year contract, to conduct another test of all the systems at once, during regular business hours. LIPA report details PSEG LI's failures in Isaias storm responseOfficials knew they had computer problems before the storm, but a combination of "mismanagement" and the lack of the autonomy from its New Jersey parent stifled their ability to fix them — even to this day, according to the report.   LIPA board unloads on PSEG over Isaias problemsLIPA trustees took PSEG to task for "half-truths" and "misleading" claims; PSEG said it takes responsibility for problems after Tropical Storm Isaias.