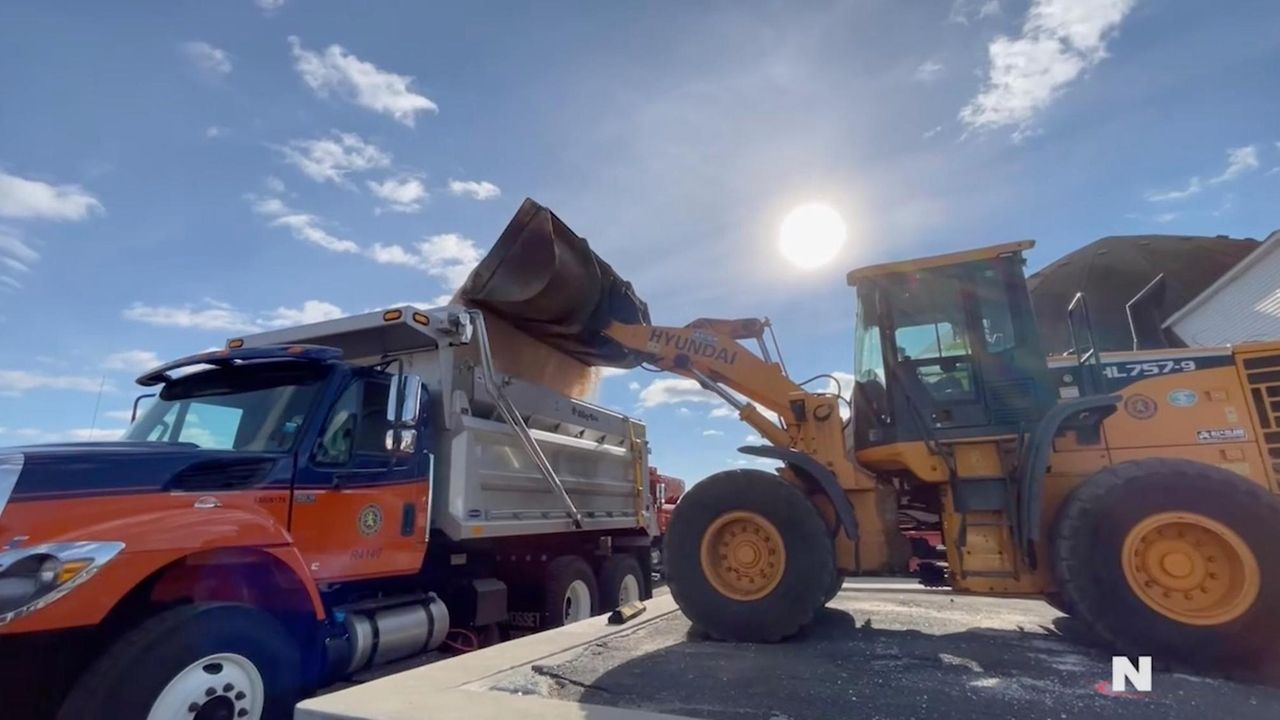 PSEG Long Island, which came under fire for its handling of Tropical Storm Isaias, said Tuesday that it’s prepared for the storm ahead. The utility is bringing in outside crews to assist. Newsday's Cecilia Dowd has the story.  Credit: Newsday / Staff; Howard Schnapp; James Carbone

PSEG Long Island, in the wake of bitter criticism of its response to Tropical Storm Isaias, is facing another big storm Wednesday and says it’s making preparations to respond.

LIPA, which owns the system and has been highly critical of PSEG since Isaias, said it expects the winter storm could cause up to 40,000 customers to lose power, and that it's closely tracking the storm and monitoring PSEG's response.

"We'll be monitoring their systems and services and will continue to push them to get to the right place," said LIPA chief executive Tom Falcone. He said all indications were that PSEG's outage computer and telecom systems could probably handle the considerably smaller storm expected Wednesday, though LIPA has said PSEG systems would not be ready for an Isaias-type storm, which caused more than 645,000 outages. "We'll see how bad the storm is and what strategy they go with," Falcone said.

The coastal storm is set to clobber Long Island and much of the state, beginning Wednesday evening, with more than a foot of snow in some areas and wind gusts of up to 50 mph.

A PSEG spokeswoman declined to provide officials for an interview on their storm preparedness.

But in a prepared statement, PSEG said some outages are expected as heavy snow and "hazard winds" could cause tree limbs to snap and pull down wires. The company said it was "hard at work" preparing for the onslaught.

PSEG said it has already requested outside crews to assist the hundreds of on-Island line workers to potentially restore power, but it did not provide specific numbers of workers sought.

PSEG in its statement said it may launch an "enhancement" to its outage communications process during the storm, if needed. That means customers who call to report an outage will receive a message stating that the company is "assessing conditions" about their problem, rather than receiving an estimated restoration time.

PSEG’s failures during the storm led to a firestorm of protest from customers, public officials and businesses, and ultimately led to state and county hearings, several investigations and a $70 million lawsuit by LIPA. On Wednesday, LIPA and its board of directors are scheduled to meet with PSEG during a public meeting to discuss PSEG’s progress in completing the 100 recommendations for fixing problems that LIPA and its storm task force found in the months after the storm. Among the problems: PSEG Long Island officials and managers were dually reporting to their New Jersey parent as well as Long Island bosses, and couldn’t address problems with the computer or telecommunications systems as they crashed.

Falcone said the meeting is expected to take place as scheduled.

LIPA is already considering terminating its contract with PSEG, particularly if the company cannot agree to changes to the contract to correct the problems and give LIPA more operational control and accountability. LIPA is also considering municipalizing the utility, among other options, if PSEG can't meet its terms. A fully public LIPA could be operating by 2022, according to a report scheduled for release Wednesday.

PSEG says customers who experience an outage during the storm can still call its 800-490-0075 number to report it, or text OUT to PSEGLI. The company’s outage website at nwsdy.li/outages, can also take outage reports, the company said. During a recent storm, PSEG referred customers who received busy signals to another line. Information on outages can be found at nwsdy.li/map.

LIPA files $70M suit against PSEG for Isaias 'negligence'The unprecedented suit contains a litany of findings about PSEG's alleged failures before, during and after the storm.