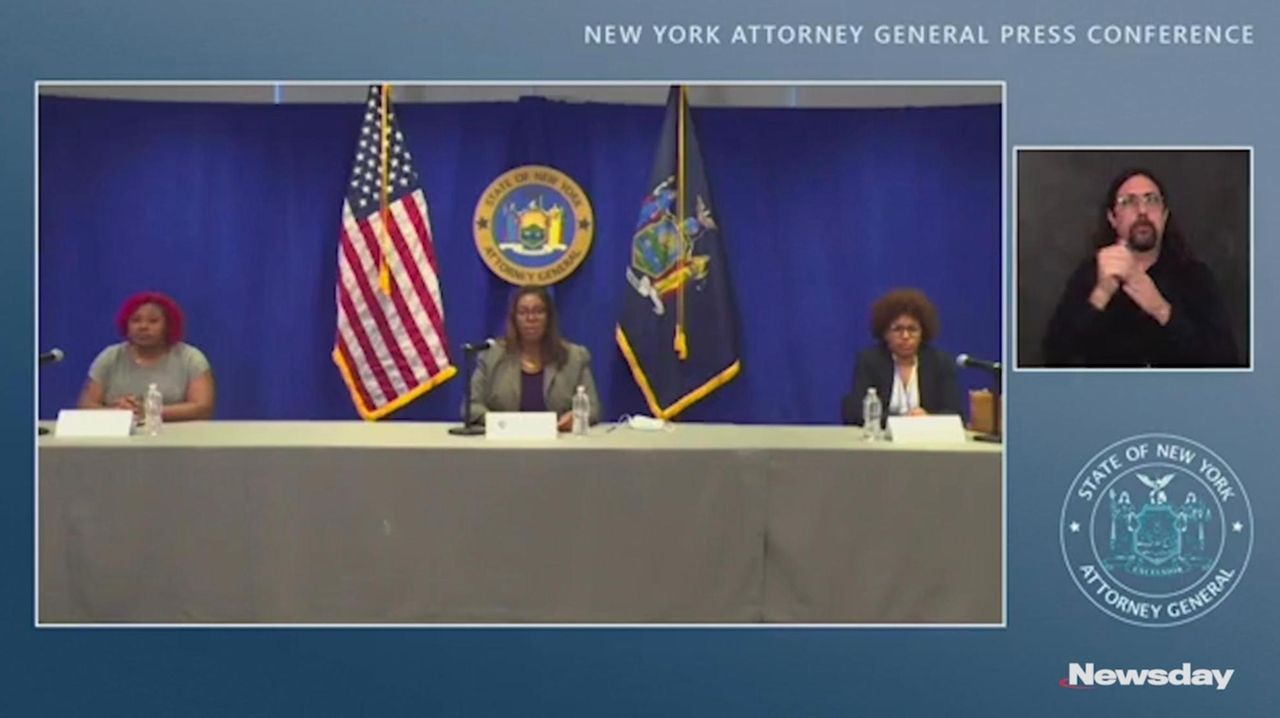 A Lynbrook construction company has paid $1.5 million in a settlement with at least 18 former employees who endured sexual harassment and retaliation, the state’s top prosecutor said Monday.

The company, which operates as Trade Off LLC and Trade Off Plus LLC, subjected its workers to “retaliation, harassment, discrimination and intimidation,” including supervisors’ demands for sex in exchange for increased pay and overtime, state Attorney General Letitia James said at a news conference. High-ranking company officials, she said, “not only failed to take appropriate action, but on several occasions retaliated against the workers when they reported the harassment.”

In a statement, the company said it "considers any level of harassment to be unacceptable, and deeply regrets that our processes for training and oversight failed some of the women who worked for us.” The company will “vastly expand and strengthen the protections for our employees,” it said in the statement.

The majority of the $1.5 million will go to 18 former employees, including 16 women who were harassed, and two others – a woman and a man – who were fired after reporting the harassment their colleagues suffered, but funds have been set aside in case other Trade Off workers come forward, the attorney general's office said. At least 12 employees were fired after complaining about harassment, the attorney general's office said.

The attorney general’s review of documents and the testimony of more than 25 current and former workers showed that Trade Off supervisors subjected workers to physical assaults and other forms of harassment, such as sending them sexually explicit photos and videos, according to the settlement agreement.

"This marks our office's first agreement regarding sexual harassment in the construction industry ... but this will not be our last," James said.

Jaleesa McCrimmon of Queens said she took the job at Trade Off because it paid more than her previous job at Walmart. She said she was assaulted by a Trade Off employee. “I felt that it was my duty to speak up and take a stand,” she said.

Tierra Williams of Brooklyn said that as the mother of a young son, “You want to be financially set up for your kids, not just for yourself.” She said she was “humiliated” at the company and eventually reported her experience to a union, the Mason Tenders District Council/Laborers Local 79. The union reported it to prosecutors, the attorney general’s office said.

Trade Off is known as a “body shop” that provides nonunion workers for construction sites, Tamir Rosenblum, legal counsel for the union, said at the news conference. Such companies tend to hire vulnerable people, including women with “little construction experience and a lot of economic need,” Rosenblum said.

In a statement, the company called that "union propaganda."

Where the rich and famous give their private jets a glow-up
2:32
Prayers for the dead, and the survivor, in Quogue crash
Proposed downtown development on tap at public hearing Tuesday
Seniors Calendar: Events from Aug. 1 to Aug. 7
Asking the Clergy: Faith and climate change
These employers, colleges and NYC theaters will be requiring COVID-19 vaccines
Didn’t find what you were looking for?