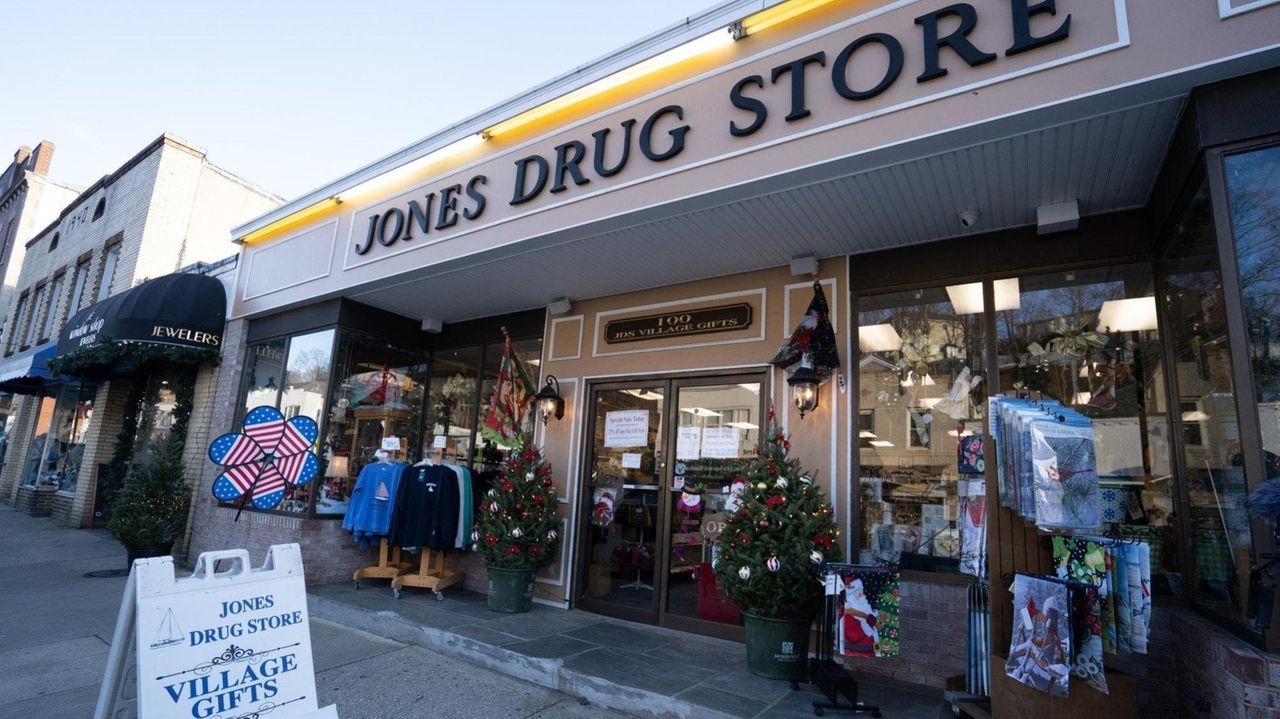 Independent retailers' big day is Small Business Saturday, and many of them are making a party of it. Credit: Newsday / Danielle Silverman, Howard Simmons, and Kendall Rodriguez

In Lynbrook, a steady stream of loyal customers weaved through the aisles of Miller's Housewares and Hardware, which were packed with decorations, toys, greeting cards and hardware supplies.

The store’s second-generation owner, Stuart Miller, said small businesses lend a personal touch and attention to detail that can’t be found online or in big-box stores.

“Small Business Saturday reminds people that Main Street stores are here for them and thriving,” he said. “People come into the local store to appreciate what they have. Most are family-run and everyone that comes in should be taken care of.”

Miller said his shop is the oldest in Lynbrook after his father purchased it in 1944. “If you can’t find it here, you probably don’t need it,” he said.

A campaign launched by American Express, Small Business Saturday is to independent retailers what Black Friday is to large-chain stores, local retailers and business officials say.

The goal is to highlight the importance of independent stores on towns’ main streets, many of which became less popular in decades past as shopping malls and big-box stores became more prevalent.

“It really does kick off the holiday season for the residents. And residents are becoming more and more aware of the stores in their own neighborhood,” said Bobbie Polay, executive director of the Port Washington Chamber of Commerce, one of the organizers of Port Holiday Magic, the community’s day of holiday celebrations and store promotions incorporated into Small Business Saturday.

'THE HEART AND SOUL'

In Patchogue, the local chamber of commerce was offering photos with Santa at the Patchogue Theatre. “You have about 100 stores in the downtown area alone, so every one of them is doing something special today,” said David Kennedy, executive director of the Greater Patchogue Chamber of Commerce.

“These stores are the heart and soul of this community," Kennedy said. "You want to shop local because these merchants live in the community as well as own the stores. They know you personally by name, they know what you like, and they give you that extra special attention and detail that you’re not going to get in a mall.”

Jenn Poppiti of Islip, who owns women’s clothing store Say More Boutique on Havens Avenue, was encouraged by the turnout. “This is helpful, because people locally really want to support small businesses. They know behind that is a person like me who is doing a happy dance every time they come out and support us,” she said.

Amy Keyes, Dana's sister-in-law, said she loved the one-on-one personal feeling local shopping gives. “You can’t replicate it. So much of shopping is online now, so being able to go in the store and see and feel what you’re actually getting … and at this point, everybody in the stores are the same people that have been there for years, so it’s a nice experience. Plus we all get to be together,” Amy Keyes said.

“It’s become our tradition,” Dana Keyes said, adding that the three women had been shopping together around Main Street for Small Business Saturday for the last three years.

In Northport, Sue Leon, 76, of Commack and her boyfriend, Joseph Greenblatt, 83, of Kings Park said they wanted to come out to support local merchants and look for Hanukkah presents.

“They are the backbone of our economy,” Greenblatt added.

Katie Weber, 27, of Sayville bought olive oil, jewelries and candles in Northport — all small Christmas gifts for friends and family. “We like to support small communities and small businesses,” Weber said. “Instead of going to the mall, you can get more personalized gifts.”

Friends Karen St. John, Mary Herbert and Margie Rummel, all of Kings Park, took a lunch break before more shopping in Northport. St. John, who is in her 60s, grew up in Northport and said she likes local stores for their unique products and friendly atmosphere.

“They are all owned privately instead of [by] big corporations like Amazon,” she said. “Amazon is taking over the world, and all these shops are disappearing.”

A KEY DAY FOR BUSINESSES

Small Business Saturday has been a critical business driver for the independent shops in Sayville, said Eileen Tyznar, president of the Greater Sayville Chamber of Commerce and chairwoman of the events.

“The businesses tell me that in one day, on Small Business Saturday, they are up anywhere from [17%] to 67% in sales” compared with the previous Saturday, according to questionnaires they complete, Tyznar said.

About 90 percent of the 300 businesses that belong to the chamber participate in Small Business Saturday events in some way, including by offering promotions, providing financial sponsorships or donating services, Tyznar said.

Chris Vardaro, 30, and his dad Sam, of East Rockaway, waited for their favorite doughnuts at Doughology.

Chris Vardaro, a 10-year Army veteran who was injured in combat during two tours in Iraq, comes to the doughnut shop every day, but due to memory loss, can’t remember which doughnut is his favorite.

Nonetheless, he grabbed a doughnut and chatted with the staff baking behind the counter, who bought him Islanders tickets for being a loyal customer.

“These people are my family,” Vardaro said. “This is my favorite place to come.”

Stefanie Paras, who manages the flagship shop with her sister, said the loyal customer base returns every Saturday and prompted the business to grow in Babylon. A new shop opened Saturday in Atlantic Highlands, New Jersey.

“Besides the doughnuts being really delicious, it’s our relationship with customers that draws them to come back,” Paras said.

At Miller's Housewares and Hardware, meanwhile, Sean Farley, 50, of Lynbrook said he is a regular customer who comes with his kids regularly to shop.

“You can see it’s a nice family business,” Farley said. “It’s a place you want to come to and these guys love having you and know everyone by their names. It’s really a special place.”

With Jean-Paul Salamanca and Dandan Zou

Valva testimony: Ex-cop was 'matter-of-fact' after son's death
I got my COVID-19 vaccine — what can and can't I do?
Businesses, workers must deal with vaccine etiquette
1:54
Resurrection House homeless shelter could close without county funds
2:24
Sister delivers baby at LI hospital as surrogate for her younger sibling with lung disease
St. John's extends Anderson's contract
Didn’t find what you were looking for?