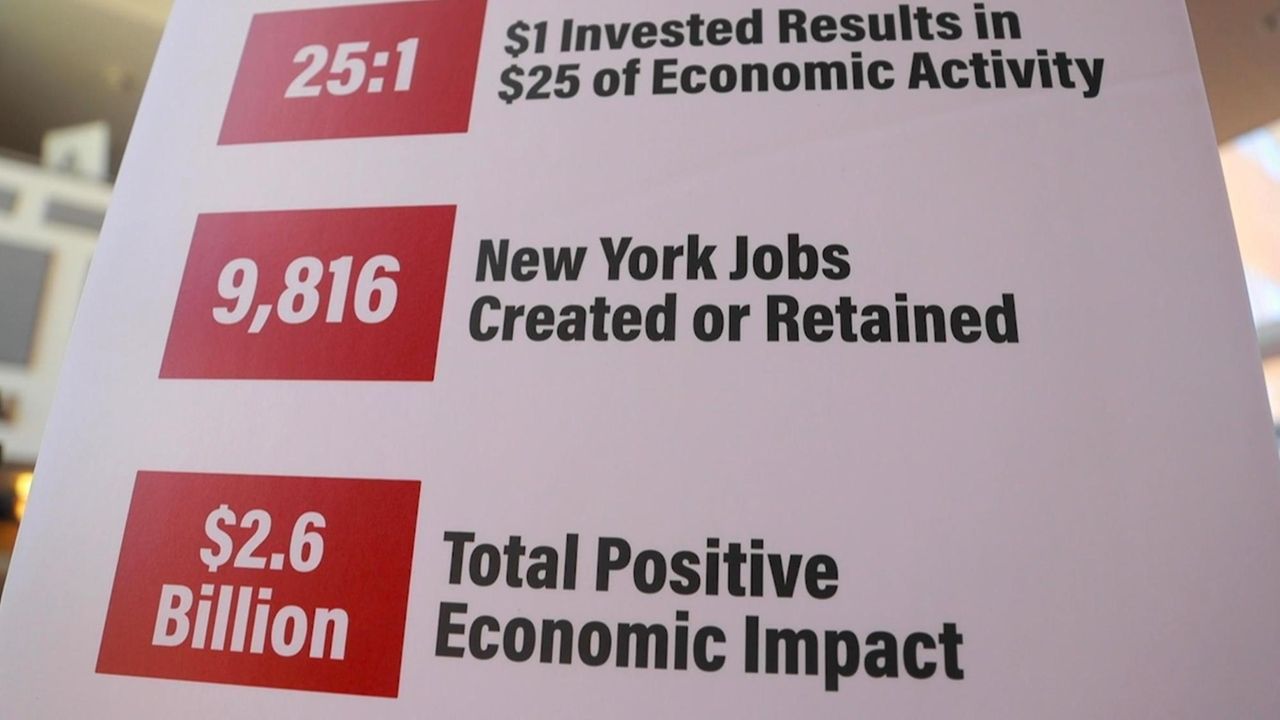 Setting up shop at Stony Brook University has given technology entrepreneur Eugene Sayan access to the research and people that he’s needed to grow his software company from 13 employees in 2013 to more than 200 today.

Sayan’s company, Softheon Inc., is housed in one of the university’s research hubs: Center of Excellence in Wireless and Information Technology, or CEWIT. The company’s software is used by three million people to receive benefits from Medicare, Medicaid and Obamacare.

"Great ideas come together in this building, collaboration takes place … and high-paying jobs are created," Sayan said on Wednesday outside of his office. "This is not a time to slow down, it’s a time to double down on the technology investment that we’re making" as a state, he said.

Sayan and another local entrepreneur joined university officials to tout the number of businesses and jobs created by the state’s 15 Centers for Advanced Technology and 14 Centers of Excellence – four of which are at Stony Brook.

Hubs had been targeted

They praised the State Legislature, in particular Sen. Anna Kaplan, for allocating $24 million to the centers in the 2021-22 state budget and torpedoing a proposal by Gov. Andrew M. Cuomo to consolidate the centers.

"These high-specialized facilities exist to transform ideas into industry," said Kaplan (D-Great Neck), chairwoman of the Senate’s commerce, economic development and small business committee. "It was clear to me [in last month’s budget talks] that we need to put more funding into these facilities," she said, adding the governor had proposed $19 million in spending.

Stony Brook president Maurie McInnis agreed, saying, "An economic development program that brings a return on investment of $25 for every $1 invested [by the state] is one that should be rewarded, not cut or reconfigured."

More than 9,800 jobs were created or retained by the centers in the state between 2017 and 2019, including 2,518 on Long Island, according to state and university data.

Eight of the 37 people who work for tech startup ThermoLift Inc. are based at the university’s Advanced Energy Research and Technology Center, or AERTC.

ThermoLift co-founder Paul Schwartz said it perfected its heat pump on campus and raised initial funds from local investors. The heat pump, which can be powered by natural gas or hydrogen, is about to be tested at sites in the United States and Canada and will go on sale next year, he said.

"The starting point that’s provided [to entrepreneurs] by the Centers of Excellence is critical," Schwartz said.