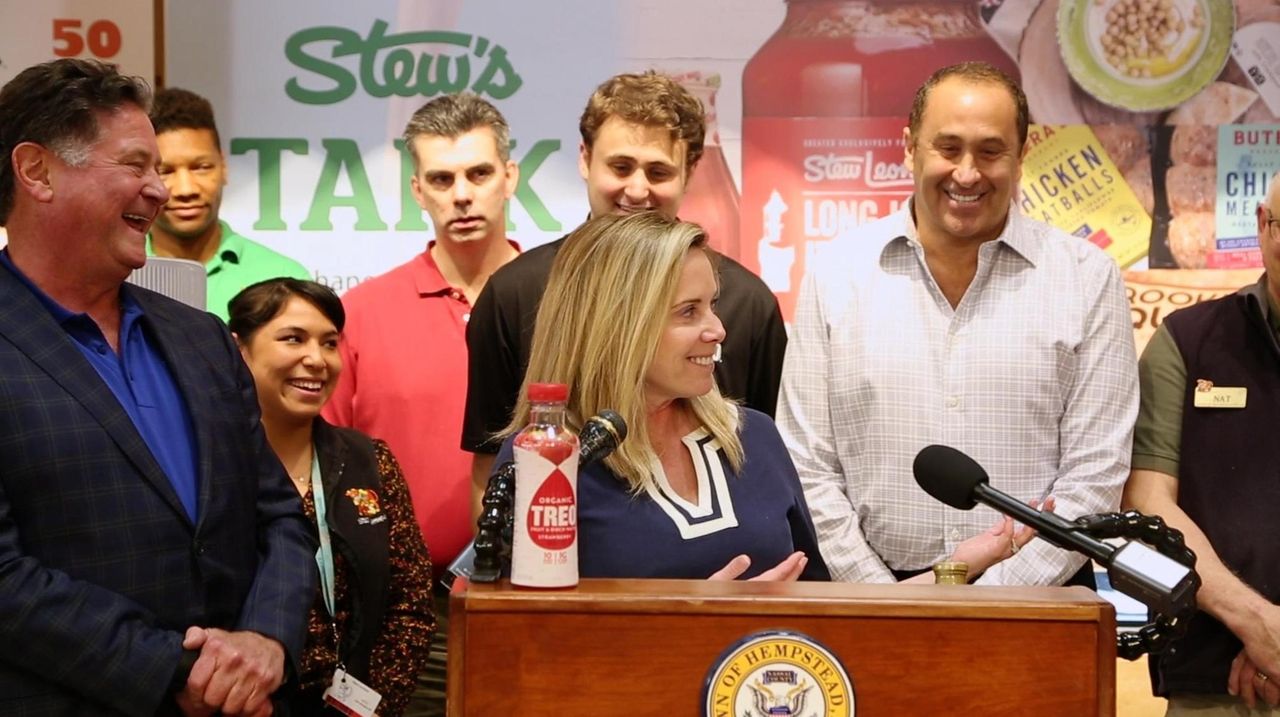 The son of a co-founder of the Snapple drink company is finding beverage entrepreneurship sweet.

Hewlett resident Bob Golden’s company, Treo Brands LLC, began selling its blend of organic fruit drinks infused with birch water about two years ago. And since the drinks were put on shelves at all six of Stew Leonard’s grocery stores, including the two on Long Island, in April, sales have been brisk enough to inspire a contest. (Birch water is thin sap from birch trees.)

After it became "one of the best-selling drinks" at Stew Leonard's, Treo was the inspiration for "Stew’s Tank," said Stew Leonard Jr., president and chief executive of the Norwalk, Connecticut-based grocery chain. "Stew's Tank," a recently launched contest, offers food entrepreneurs in New York State a chance to sell their products in the grocer’s East Meadow location — and possibly all six of its stores.

Treo is a 10-calorie drink available in seven flavors, including blueberry, peach mango and coconut pineapple, and contains 1 gram of sugar. “So it’s a guilt-free drink that’s very good for you,” Golden said.

Founded in 2016, Treo Brands is a 19-employee company headquartered in Harrison, in Westchester County, Golden said. Five of its employees work in an Inwood office. He co-owns the company with his wife and two adult children, he said.

The 16-ounce drinks are bottled in Anaheim, California, and Toronto, he said.

Treo is also sold in the Northeast, Midwest and Mid-Atlantic at Stop & Shop, ShopRite, 7-Eleven, Safeway and other stores, and on Amazon.com.

Golden, 55, is the president of Inwood-based Golden Properties Group LLC, which owns commercial and residential properties in New York City.

In Brooklyn in 1972, Golden’s father, Hyman Golden, along with Hyman Golden’s brother-in-law Leonard Marsh and Arnold Greenberg, founded what would become the drink and juice company Snapple Beverage Corp. In 1994 Quaker Oats Co. paid $1.7 billion for Snapple, which by then had been based in Valley Stream for years.

Today, Snapple is part of the Dr Pepper Snapple Group, based in Plano, Texas.

Bob Golden said he worked at Snapple as a kid, packing boxes in the warehouse, and in sales as a young adult.

“I always wanted to get back into the business and start another product, something I can be proud of and I can have for my children to be proud of, and to run a business together with them,” he said.

The U.S. market for more healthful drinks has been growing as consumers seek to cut sugar and calories in their diets, said Darren Seifer, food and beverage industry analyst at The NPD Group, a market research firm in Port Washington.

The national sales volume of carbonated soft drinks, including energy drinks, declined 14 percent between 2007 and 2017, according to Beverage-Digest, an Atlanta-based trade journal. During the same 10-year period the sales volume of plain bottled water grew by 60 percent.

Plant-based beverages, such as those made with birch or maple water, are on trend with what consumers are looking for, but they are a niche product, said Duane Stanford, executive editor of Beverage-Digest.

“So things like birch water come at a premium price,” he said.

As for Stew's Tank, whose name is a play on ABC's entrepreneur-focused reality show "Shark Tank," Stew Leonard's has extended the deadline to Friday for contestants to submit video entries showcasing their products.

On Friday Hempstead Town Supervisor Laura Gillen, Leonard Jr., East Meadow Chamber of Commerce officials, Golden family members and others attended a news conference at the grocer's East Meadow store, where Gillen announced a shop-local campaign encouraging local entrepreneurs to enter the contest and residents to buy their featured products when they see them in stores.

The town and chambers will use email, phone calls and social media to promote the contest and how it can help entrepreneurs take their businesses to the next level, Gillen said Tuesday.

“And the way they’ll do that is by getting the exposure and the branding into Stew Leonard’s," she said.