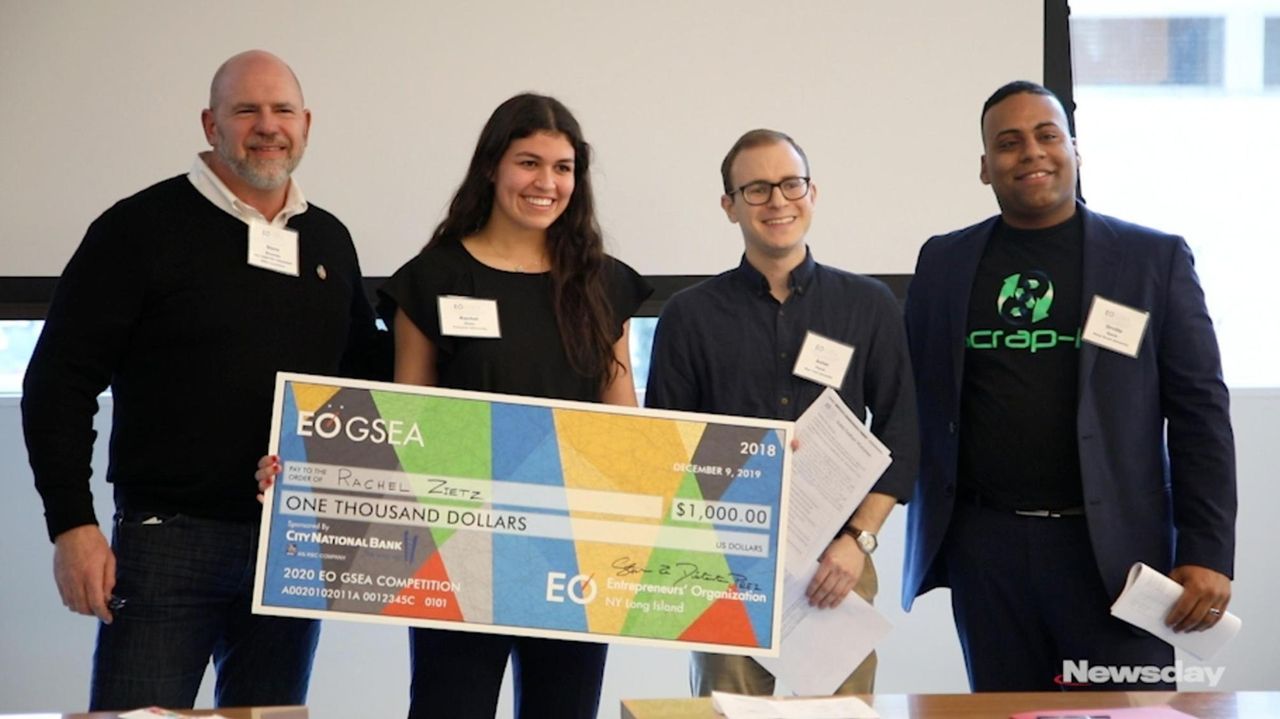 A Princeton University sophomore who founded a lacrosse equipment company at age 13 won the Long Island qualifying round of a young entrepreneurs competition Monday at Hofstra University.

Rachel Zietz, the 19-year-old chief executive of Gladiator Lacrosse LLC and a former contestant on "Shark Tank," will get $1,000 cash and an expenses-paid trip to San Francisco for the national finals of the Entrepreneurs' Organization's global student competition in February.

In her pitch before six judges, Zietz said she was inspired to start the company when she was dismayed at the quality of practice equipment like goals and rebounders available to lacrosse players.

She began selling equipment at games, and a company was born.

In 2016, TV's "Shark Tank" aired an episode in which she was featured.

Before she made her TV presentation, she recalled, "Shark Tank" judge Kevin O'Leary, sometimes referred to as "Mr. Wonderful," told the teenager: "I'm going to obliterate you."

Though she got no offers from the "sharks," Gladiator, based in Boca Raton, has grown, winning distribution deals with Dick's Sporting Goods and Walmart and increasing annual revenue to more than $2 million.

In February, Gladiator announced it had acquired St. Louis-based All Ball Pro, a rebounder manufacturer, a move that Zietz called "our stepping stone into other sports."

QuikReversal is developing an intranasal patch that detects drug overdoses and automatically delivers naloxone, a drug that counters the effects of opioids.

Varon said the average opioid user in rehab relapses five or six times and that the average time for an emergency medical technician to arrive is seven minutes, while brain function loss begins four minutes after an overdose.

Also competing were Isabella Burckhardt, a Hofstra University student whose podcast, "Blonde Brunette and Confused," deals with "taboo topics" like sexual assault on campus; and Natalia Sandor, a student at Macaulay Honors College at CUNY College of Staten Island, founder of Sand Bars Handcrafted, a maker of ice cream sandwiches.

To join the Entrepreneurs' Organization, an applicant must be a CEO or co-founder of a company that posts more than $1 million in revenue, said David Stein, who sits on the steering committee of EO's GSEA. Stein said Zietz had a scheduling conflict for a New Jersey competition, so she was invited to compete on Long Island.

Correction: An earlier version of this story listed an incorrect title for Steve Distante.