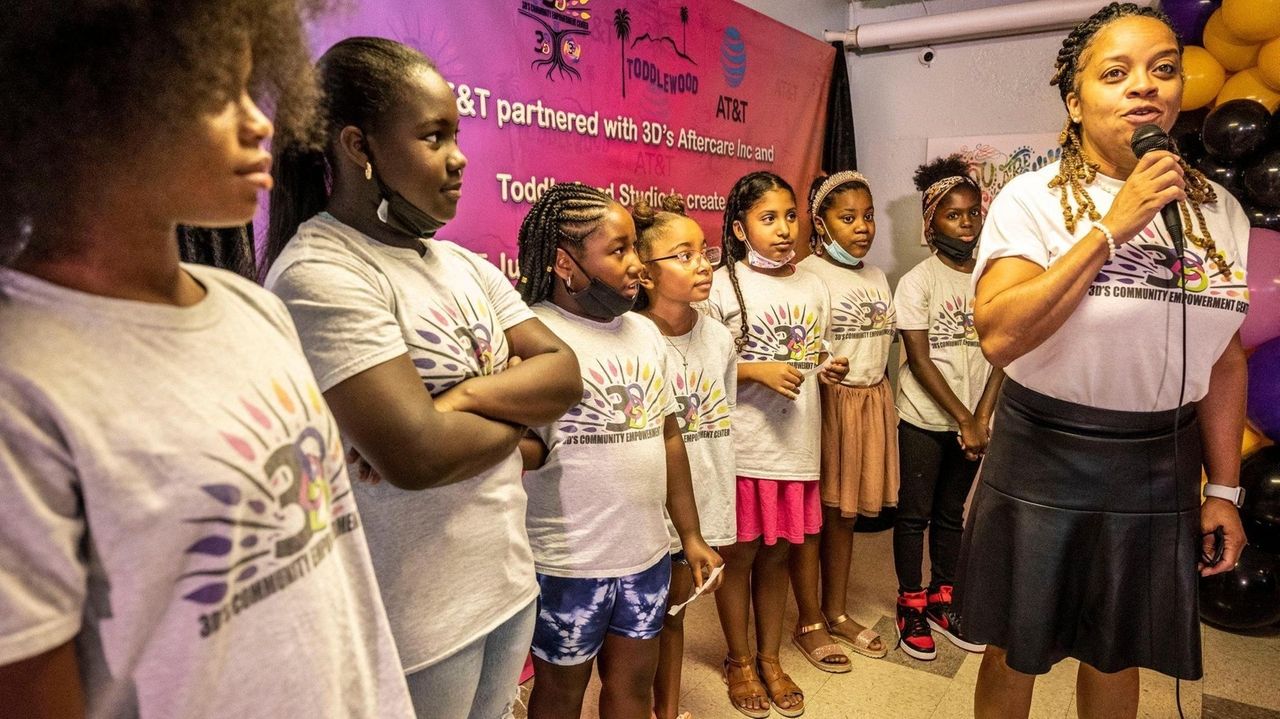 About 50 Long Island youths tapped their inner Jordan Peele this summer as they crafted promotional videos for Black-owned businesses.

For the students, mostly ages 8-12, the results went beyond learning video production.

The free eight-week AT&T Junior Digital Content Creator Program is part of the wireless company's initiative to bridge the "digital divide" and to offer an entryway to STEAM (science, technology, engineering, art and math) studies and careers.

Baldwin-based Toddlewood Studios tutored the youngsters in the art and science of video creation, with the older children taking the more demanding roles.

• Sweet & Savory Café in Baldwin, a family-owned cafe; and,

Tricia Messeroux, chief executive of Toddlewood Studios and a veteran of Madison Avenue video productions, said half of the summer was spent teaching the group how to use the equipment.

In the second half of the summer, they went "on location" to shoot the videos.

Some who went in front of the camera "were able to do their Oprah thing," Messeroux said.

"I got to see little light bulbs go off," she said of the young videographers. "I got to see excitement in their faces."

One of the students attending the premiere, 11-year-old Amber McKenley, said she particularly enjoyed working on the video for Sweet & Savory Cafe because the "owner was open to our ideas."

The experience also provided a confidence boost, teaching her to "not be shy in front of the camera."

Patricia Greaves, founder of StrongHer Personal Training, said she's hoping the efforts of the young videographers will help "get the word out" on her business and that the youths who saw her fitness regimen will "feel empowered."