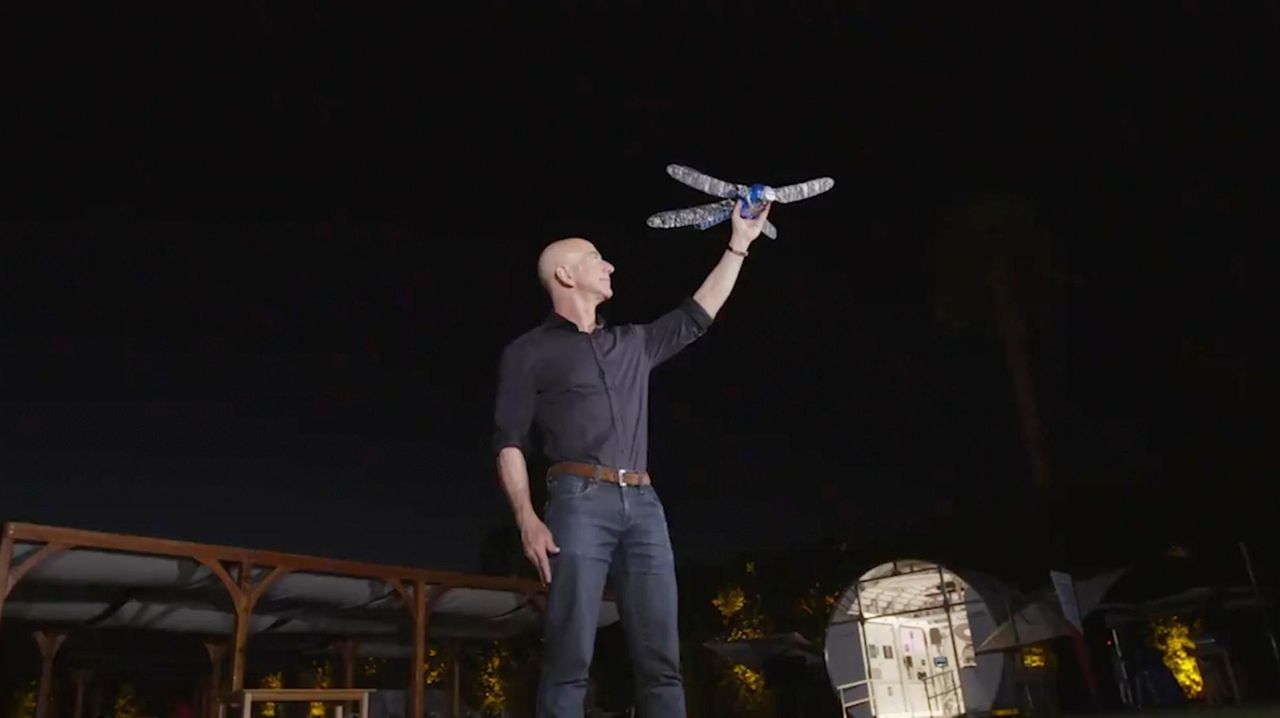 Festo AG's BionicOpter has been crowned the largest flying bionic insect by Guinness World Records 2020. The 6-ounce device with a wingspan of 24 inches can fly and hover, but it's not for sale, officials of Festo AG said. Credit: Festo AG

A four-winged robotic “dragonfly” with Long Island connections has landed — in the pages of Guinness World Records 2020.

The BionicOpter, created by Festo AG, a global company with operations in Islandia, has been crowned the world's largest flying robotic insect.

The bionic insect, with a wingspan of almost 25 inches and a body length of more than 17 inches, won the designation in Guinness World Records 2020 published this month.

The 6-ounce device, which can fly and hover, accompanies entries for the most tattooed man, the farthest arrow shot (using your feet) and the most expensive commercially available hot dog ($169 by Seattle's Tokyo Dog in February 2014).

Festo executive Michael Zakrzewski said the BionicOpter is one of a series of robotic devices developed by Festo  that mimic the motions of animals.

Past creations of the company, headquartered in Esslingen am Neckar, Germany, include SmartBird, modeled after a herring gull, and BionicAnts, palm-size devices that communicate, coordinate and cooperate.

Festo, whose North American headquarters is in Islandia, makes automation products such as pneumatics, motors, controllers and actuators used to automate the food, pharmaceutical, biotechnology, semiconductor and automotive industries.

The family-owned company, which also has a manufacturing facility in Hauppauge, has more than 21,000 employees worldwide and annual revenue of about $3.5 billion.

"They're impressive from a marketing perspective," he said. "It does show off the engineering capabilities we have at the company."

"Manufacturing and distribution are moving more and more toward automation," he said. "It's important to have that type of innovation."

Inevitably, the research and development projects attract interest from prospective buyers, Zakrzewski said, and the answer is always "no."

Though the robots themselves aren't for sale, the company's control systems integrate their engineering lessons in devices where real-time communication and precise motion control is critical, Zakrzewski said.