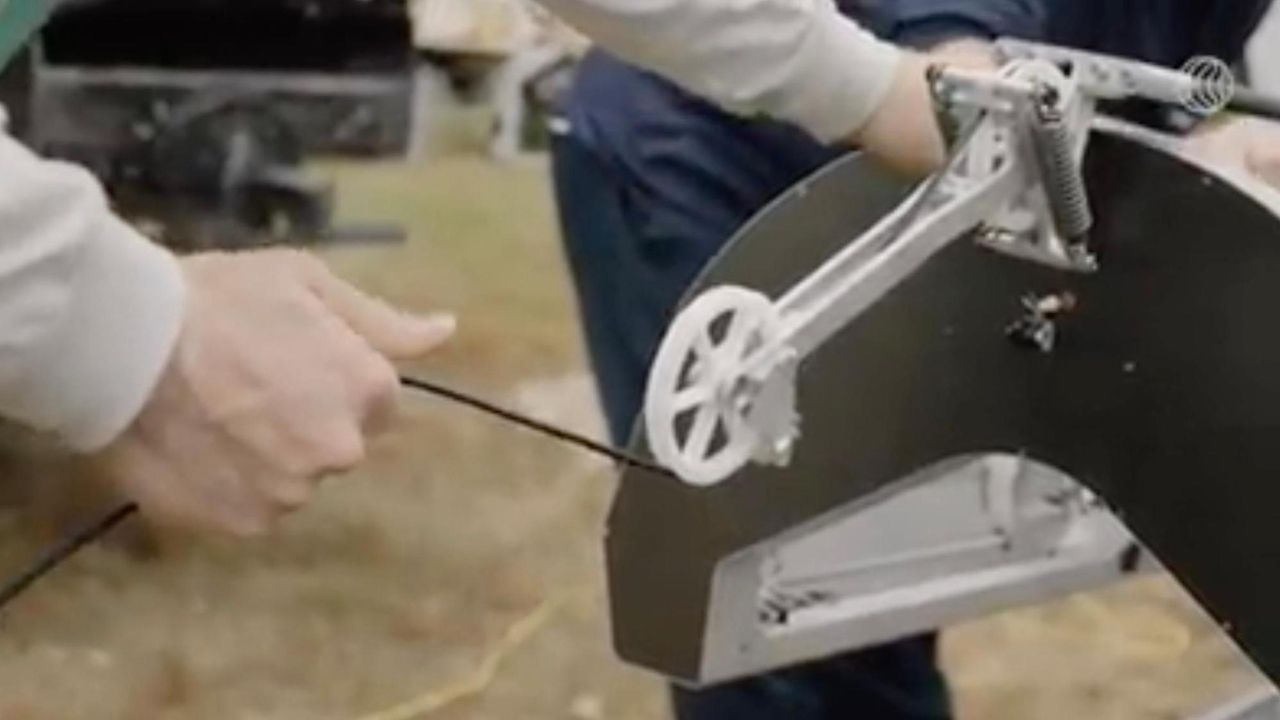 A Long Island company has joined with Facebook to build a robot that can crawl along power lines and skirt obstacles to string fiber-optic cable.  Credit: Facebook

A Long Island company has joined with Facebook Inc. to build a robot that can crawl along power lines and skirt obstacles to string fiber-optic cable for unwired populations.

The multiyear project is designed to bring internet service to underserved regions, including developing nations, according to Facebook.

The first-of-its-kind robot, developed by Hauppauge-based ULC Robotics Inc., performs its high-wire act along medium-voltage power lines, stringing special fiber-optic cables around them, according to a blog post at the Facebook Engineering website.

Facebook, based in Menlo Park, California, said it talked to numerous robotics companies around the world before choosing ULC Robotics, which has broad experience designing devices for utilities.

More than 3.5 billion people around the world have no access to the internet, according to Karthik Yogeeswaran, a wireless systems engineer at Facebook and author of the blog post.

Facebook is seeking to extend fiber-optic cable networks, which provide bandwidth for internet and telephone service, closer to underserved populations, according to the post.

Yogeeswaran said that installation accounts for most of the cost in deploying fiber and that the new system, if successful, would bring fiber "within a few hundred meters of much of the world's population."

The cost of stringing fiber-optic cable in developing countries using the system, including labor, depreciation and materials is expected to be between $2 and $3 per meter, several times less than conventional methods, he said.

In a video, Jon Kuriloff, research and development project manager at ULC, said the system required major innovations, including a redesign to make fiber optic cable more resilient and an autonomous robot that allows the cable to be transported over insulators or other obstacles.

"Marrying those two technologies really enables you to run fiber in a way that couldn't be done previously," he said.

Each robot, with a vision system that allows it to move to avoid obstacles, is designed to be able to install more than a kilometer of the special cable in an hour and half.

Facebook plans to roll out the system initially with NetEquity Networks, an infrastructure sharing startup based in San Francisco, that envisions open-access fiber networks "in every country," according to its website.

Facebook said it has no financial stake in NetEquity and will not own or operate the fiber networks.

Still, Facebook's far-flung social media empire, including Instagram and messaging service WhatsApp, benefits as the internet reaches more of the world's population (estimated at 7.66 billion as of July 15 by the U.S. Census Bureau).

Yogeeswaran said the idea of stringing fiber along the electrical infrastructure arose while traveling in Uganda. Though the country had an electrification rate of about 43% in 2018, according to the World Bank, power cables were far more pervasive than fiber optic cables, he said.