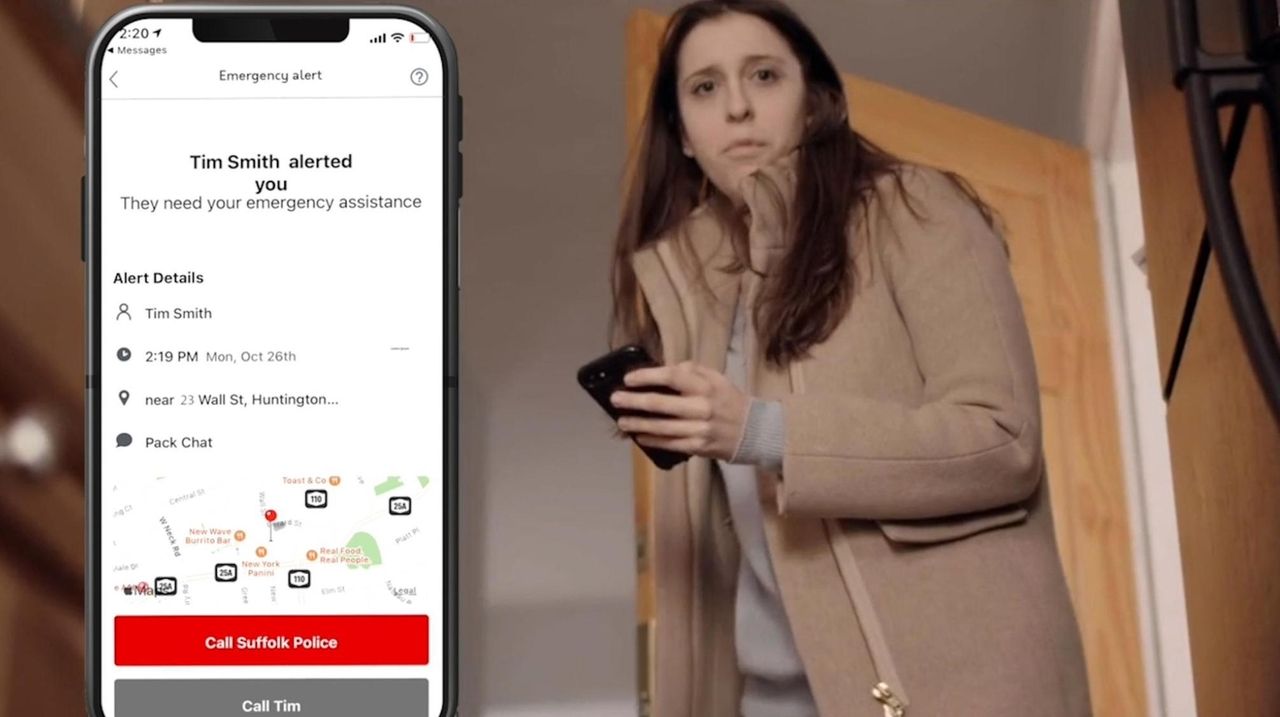 The Howl app is a location-based community platform that allows users to share and engage with local, relevant and urgent content. Founder Michael Hartofilis spoke about it on Wednesday. Credit: Newsday / Steve Pfost; Michael Hartofilis and Sean Hartofilis

Howl Alert Inc. is rolling out a 21st century version of a panic button with an app designed to summon help when users say, "Call my pack!"

After a "soft launch" over the past year, the 14-person Huntington company is mounting a marketing campaign that includes TV and online commercials plus direct mail in select North Shore communities, said founder and chief executive Michael Hartofilis.

New users are assigned to a street group based on their location and encouraged to add members of their "pack" — neighbors, friends and family members — to notify if they have an emergency or feel threatened.

If users call for their pack on Amazon.com's personal assistant Alexa or Apple's Siri, for example, an alarm sounds on the device and a text, email and push notification is sent to pack members.

"We don't want people running into an emergency situation," he said. The app is free, but a $5.99 per month option connects users to a live dispatcher when they summon their pack.

Users also can post notifications and pictures as with other social media platforms.

Life Alert offers a panic button made famous by its commercials ("Help! I've fallen and I can't get up"). The Noonlight smartphone app can integrate with dating app Tinder and offers a button that users hold down if they feel uneasy and release to summon help. San Francisco-based Nextdoor Inc., a social media company, is backed by venture capital firms at a multibillion-dollar valuation. Social media giant Facebook Inc., based in Menlo Park, California, posted revenue of $26.2 billion in the quarter ended March 31.

Still, Hartofilis sees opportunity on the social media side, competing against websites that are "too big" and carry "polarizing" content.

Hartofilis said the app allows neighbors "to connect directly to people ... on a street level." Safety, he said, "is a byproduct of being connected."

For example, Hartofilis said the app could allow him to more easily check on whether a stranger wandering a neighbor's property is a burglar or a relative with dementia.

"Left to my own devices, I would otherwise call 911, confront the stranger or do nothing," he said.

To date, the company has not received external funding, Hartofilis said. In addition to getting fees from those who use the dispatcher option, plans call for eventually offering doorbell cameras that would integrate with the app.