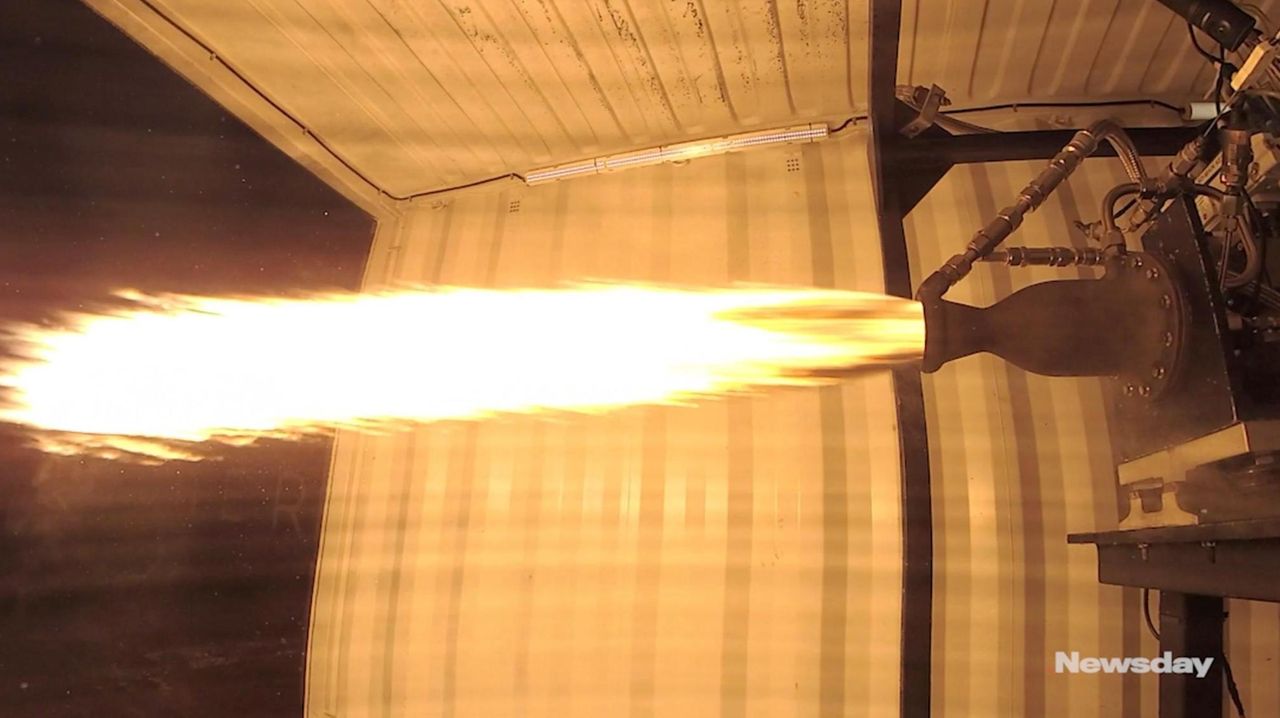 Launcher Inc., which conducts rocket tests in Calverton once or twice a week, is developing a rocket engine designed to bring small satellites into orbit. Credit: Newsday / Alejandra Villa

Launcher, a rocket startup that tests its 3D-printed engines in Calverton, has been awarded $1.5 million from the Air Force after pitching its business plan at an event in San Francisco.

The startup received the small business innovation and research award at the inaugural Air Force Space Pitch Day, part of a series of 12 Air Force events through year’s end where startups can seek funding.

“This award will accelerate the development and testing of our full-scale Launcher engine, the world’s highest performance and lowest cost engine for small satellite launchers,” Launcher said in an emailed statement.

Launcher, based at the Brooklyn Navy Yard, tests its rocket engines in 10-foot-by-20-foot container units at the Enterprise Park at Calverton, known as EPCAL. That land was once used by the Navy and Grumman Corp. to produce F14 jet fighters.

The first Air Force Pitch Day, held in Burlington, Massachusetts, on July 24, was for companies involved in the production of unmanned aircraft. An event for companies working on fighters and bombers is scheduled for Wednesday and Thursday in Dayton, Ohio.

Launcher, founded in 2017, is seeking to use a specialized 3D printer to produce a rocket chamber and nozzle in an effort to develop small, low-cost rockets that can lift into orbit a new generation of satellites the size of a loaf of bread.

The company is conducting tests on smaller scale engines with the goal of producing a rocket that can produce 22,000 pounds of thrust from a rocket powered by kerosene and liquid oxygen.

Launcher’s road map calls for it to start commercial operations and begin producing revenue in 2026, according to Max Haot, the company’s chief executive.