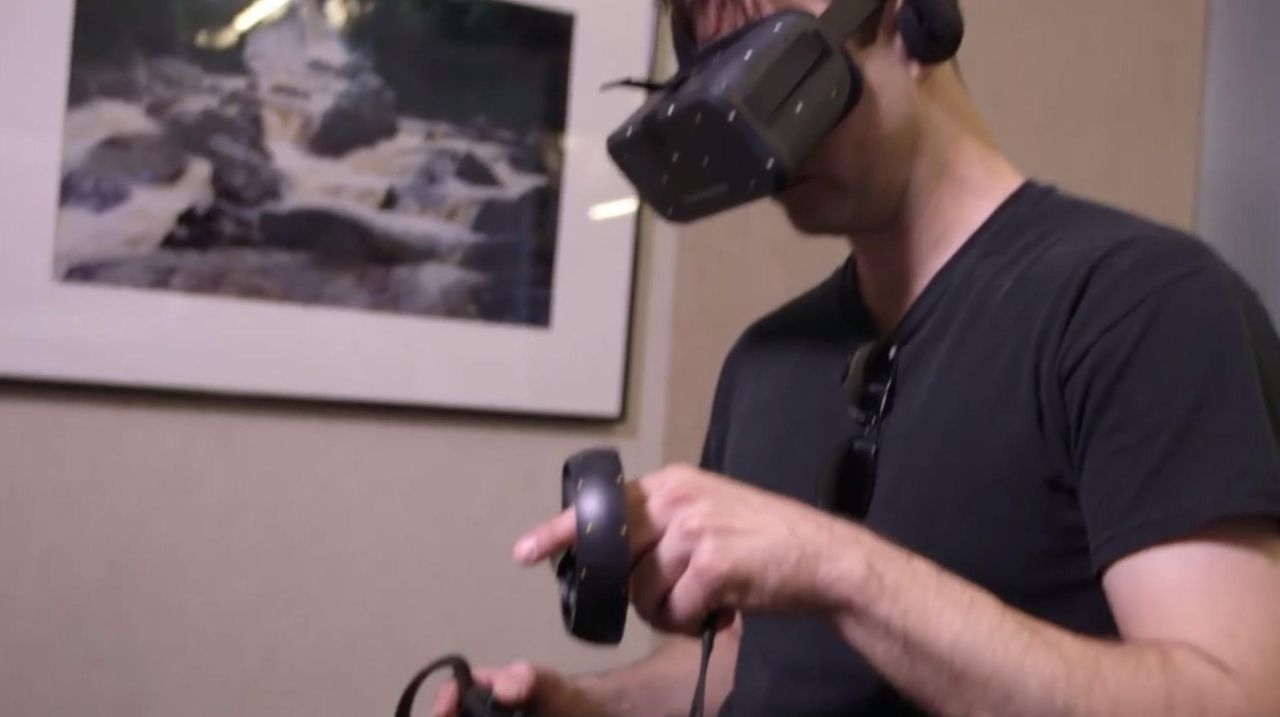 The Oculus team talks about the reality of virtual reality and how the new Oculus Touch controllers work to transport gamers into another world. Credit: Oculus

WHAT IT IS A pair of tracked controllers that act as your virtual hands. For use with the Oculus Rift virtual-reality headset.

Competently executed virtual reality is remarkable. Objects feel more immediately present than in any 3-D film, and you can almost sense VR rewiring your brain. The Oculus Touch, which was introduced last month, goes beyond any expectations you may have about the transformative character of VR.

The Touch, which is designed to be used with the Oculus Rift headset, consists of two controllers designed to recreate the look of a left and right hand in a virtual environment. This facilitates a range of physical expressions unmatched by the Xbox One controller that previously served as Oculus’ main input device.

The Touch also comes packaged with a motion sensor that, when coupled with the sensor that ships with the headset, allows for larger VR playgrounds. After setting up the Guardian System, which demarcates your activity area by creating a virtual fence, you’re ready for the tutorial demo Oculus “First Contact,” which places you in a room with a 3-D printer that’s capable of making butterflies and other doodads. Walking around its ’80s-style environment, complete with a boxy-looking robot and a conspicuous VHS tape is an enchanting experience. Ambling about a virtual environment as opposed to surveying it with one’s eyes is radically more transporting.

The Climb and Superhot VR, a pair of Oculus titles, are also two of the most blissful gaming experiences you’ll have. The Climb allows players to scale the Alps and other vertiginous locations. You’ll feel like you’re scaling the Matterhorn. For Superhot, a game in which you have to dodge bullets, you might want to move furniture out of the way so you have a larger playing area.

Welcome to the future.

Let’s get real: These virtual-reality games for the Oculus Rift and Touch are ones you have to experience.

THE UNSPOKEN Magic is real. Its practitioners lurk in backrooms across the city while duels play out in concealed urban areas.

RIPCOIL Enter a futuristic gladiatorial arena where you face off against networked opponents in a disc-throwing duel.

DEAD AND BURIED The Wild West meets virtual reality in this shooter. Warm up in the shooting gallery, then go head-to-head as either a lawman or outlaw.

DEAD HUNGRY Zombies are swarming your fast food stand, so make as much grub as possible and throw it at them.

I EXPECT YOU TO DIE Step in the fancy shoes of an elite secret agent.