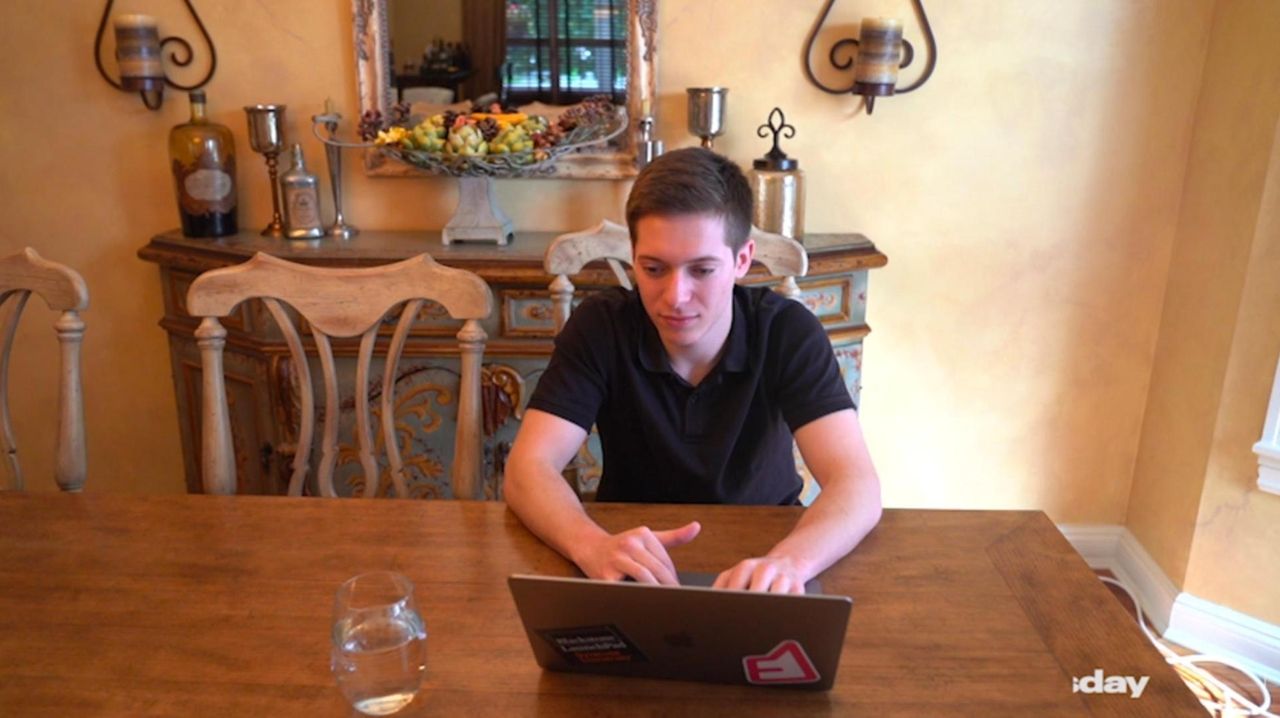 Matt Shumer of Melville, chief executive of OthersideAl, has launched an artificial intelligence startup designed to write emails automatically from a few notes. Shumer talked to Newsday about the inspiration behind the product.  Credit: Randee Daddona

The time you spend writing emails could be cut drastically.

A college student has launched a Long Island artificial intelligence startup that writes emails automatically from a few fragmentary notes.

Matt Shumer, 20, who launched Melville-based OthersideAI Inc. in July, is beta-testing the software as a Chrome browser extension for users of the Google Gmail service. Versions for Microsoft Corp.'s Outlook and other email clients are planned, said Shumer, who is the company's chief executive.

OthersideAI's Quick Response software can reduce time spent on emails by 75% by learning the way "a user thinks and responds," the company said.

Shumer, an incoming junior who is taking a gap year from his studies as a business major at Syracuse University, said the software can take a few bullet points and expand them into a full email.

"It sounds as if you wrote it yourself," he said. "Not every email is perfect," he acknowledged, but in many cases a few bullet points are turned "into something that sounds fantastic."

The software learns the writer's style by examining two email samples submitted when the extension is installed.

Underneath the hood, OthersideAI connects to a software engine created by San Francisco-based OpenAI, an artificial intelligence company co-founded by Tesla's Elon Musk that received a $1 billion investment from Microsoft in 2019.

OpenAI's software, GPT-3, can create "generative" text that expands the notes of a human and adds context and relevant facts in a style reflecting a human author.

Under the partnership with OpenAI, OthersideAI provides data on how the GPT-3 software is used, Shumer said.

Vahid Behzadan, professor of computer and data science at the University of New Haven, said that Gmail and other email providers already offer to finish users' sentences with autocomplete features.

But GPT-3 — which stands for "generative pre-trained transformer" — is far more ambitious.

"When it came out, it was similar to a revolution in the AI community," Behzadan said. "The level of accuracy in producing long, coherent, natural-language text is very impressive."

That sophistication, however, raises concerns that such tools could be used for spamming or "fake news" propaganda, he said.

Further, generative text tools could raise questions on the part of the recipient as to whether emails in their inbox are merely impersonations of a sender, Behzadan said.

Shumer said that OthersideAI, which has attracted notice from investors, has four full-time employees and is hiring more.

The graduate of Half Hollow Hills High School East in Dix Hills said he started his first company in middle school, building websites that sold shoes and other products.