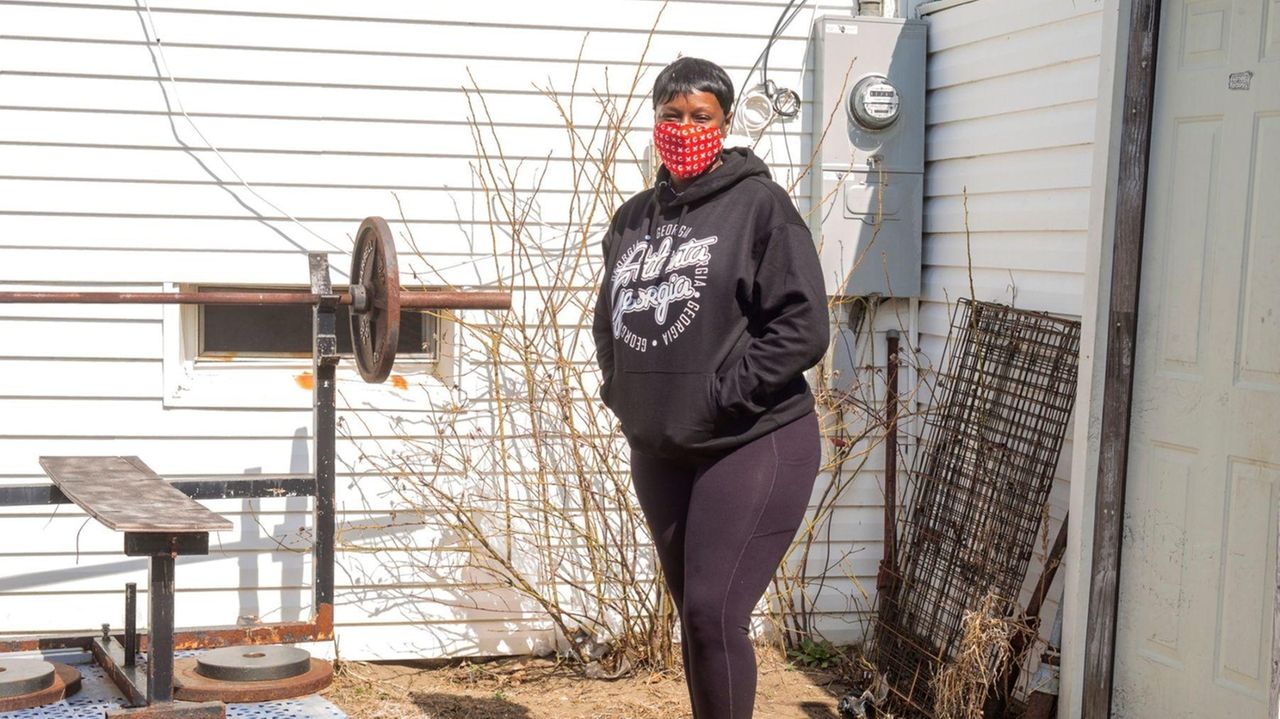 Lashawnda Burton of Freeport welcomes efforts by elected officials to extend the moratorium on shut-offs, which is set to expire March 31. Burton is several months behind on her electric bill, but she has worked out a payment plan with Freeport Village's electric utility. Newsday's Chelsea Irizarry reports from Freeport.  Credit: Newsday

State lawmakers are scrambling to extend a moratorium on utility shut-offs set to expire next week, even as regulators express "significant" concerns over past-due bills that have swelled to more than $1 billion statewide and $187 million on Long Island.

In a recently released report, the state Department of Public Service noted more than 1.2 million residential electric and gas customers across the state were more than 60 days past due paying their utility bills, with arrears in December swelling to more than $1.25 billion, a 58% increase from the prior two Decembers. That's an increase of more than 214,000 customers from the average of the past two years, and a jump in the amount owed by residential customers of more than $459 million.

The $187 million in total arrears on Long Island at February's end was the highest since the start of the pandemic last March, and up from $112 million a year ago, according to LIPA/PSEG data. Residential customers in the LIPA territory in February were past due more than $143 million, up from $94 million a year ago.

Given those numbers, ratepayers like Lashawnda Burton of Freeport welcome efforts by elected officials to extend the moratorium on shut-offs which is set to expire March 31. Burton is several months behind on her electric bill, but she has worked out a payment plan with Freeport Village's electric utility.

Gov. Andrew M. Cuomo and the State Senate have proposed measures that would extend the moratorium, while state regulators are working with utilities to help lighten the burden on customers with so-called arrears-management plans.

Burton said the state should extend the moratorium "only because you have people in certain situations," unable to pay their full balance. Extending it is "going to help those who can’t make it," she said.

Cuomo's budget proposal would specifically prohibit utility disconnections in regions that are under a continuing state of emergency, which would allow an extension of the current moratorium past March 31, said James Denn, a spokesman for the state DPS. "This utility disconnect moratorium would apply to electric, gas, water, telecommunications, cable and internet services. Utilities that fail to comply will be subject to penalties."

Shut-offs would be 'unconscionable'

"The depth of financial distress currently affecting more than a million residential energy consumers and uncounted numbers of water and telecommunications consumers is a strong argument that the moratorium must continue and that all stakeholders must arrive at a solution to provide some form of rate relief," Richard Berkley, executive director of Albany watchdog group, the Public Utility Law Project of New York, said in a statement.

DPS officials earlier this month outlined plans for deferred payment plans and possible credits to help customers get up to date with their utility payments. The agency's acting deputy director Aric Rider called the swelling arrears totals a "significant" concern and a "very significant issue for the utilities."

It recommends that commercial customers, which were not covered by the no-shutoff moratorium, also be offered deferred payment plans with late fees waived.

Who pays for forgiveness?

In addition, DPS recommends that utilities offer bill credit or partial arrears forgiveness plans, with some of the costs for those programs coming from utility-company shareholders, in addition to utility ratepayers. For Long Island, the bulk of the cost for those programs will likely come from ratepayers, because PSEG, a contractor to LIPA, doesn't own the system.

DPS recommends a statewide standard for deferred payment plans that includes a two-year term of repayment starting March 31, available to all residential customers impacted by COVID-19 as well as all low-income customers, and a program of arrears forgiveness credits for customers who pay the deferred payments on time.

LIPA, which sets rules for the Long Island service territory, said it was "in the process of evaluating how the DPS staff proposal would affect our customers."