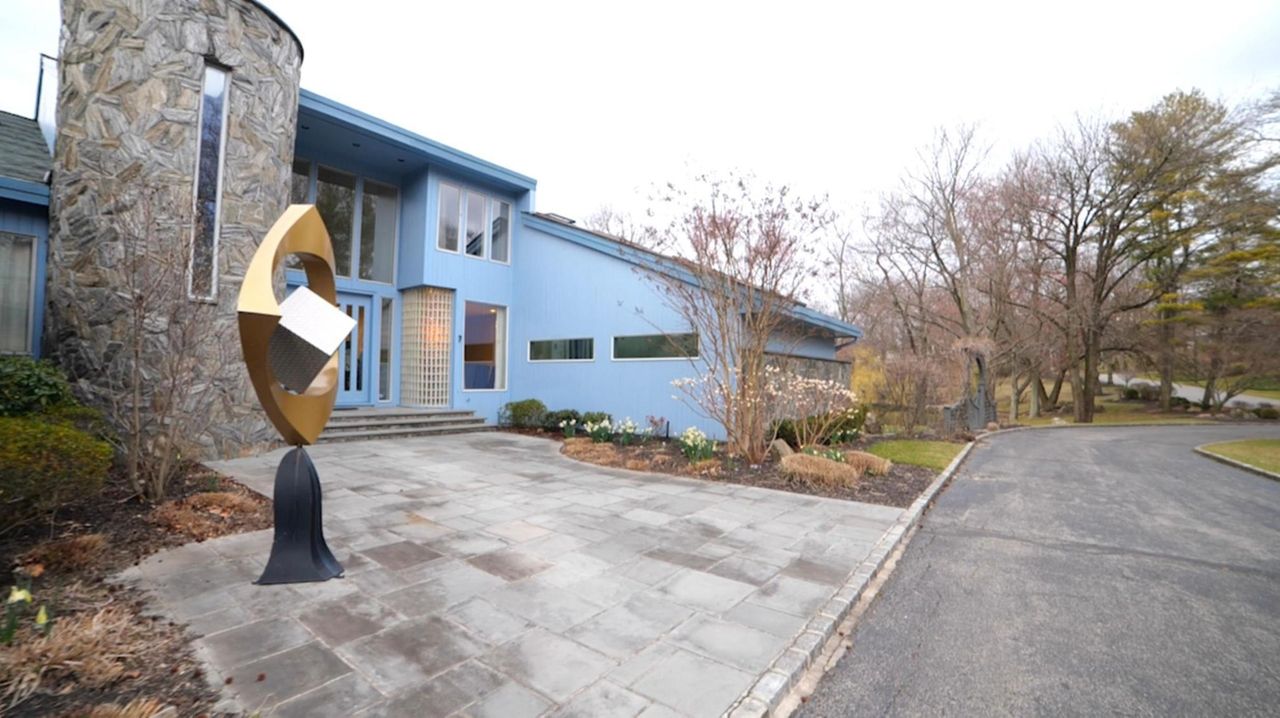 Literally meaning “wind-water” in Chinese, feng shui uses the five elements (metal, wood, fire, earth, water) to enhance energy and flow throughout a home. Maureen Calamia, author of “Creating Luminous Spaces,” has been a feng shui expert for decades and tells us what to look for. Credit: Kendall Rodriguez

Feng shui, the ancient Chinese art of harmonizing one’s environment for health, wealth and serenity, has been making a bit of a comeback in terms of interior design and architecture.

Sydney Opera House in Australia and Paris’ The Louvre Pyramid, designed by Chinese-born architect I.M. Pei, are some notable buildings that draw on the 3,000-year-old tradition.

How the West was won

It came to the West in the 1960s and early '70s, from Chinese immigrants branching out into new businesses in their new worlds, according to Will LeStrange, a feng shui expert who for 20 years has worked all over the world, as well as on Long Island. In the 1980s, it became part of the “self-help” pop culture.

“It was to have spirituality in their lives in a home setting, and not in a church,” LeStrange said. "It became a form of environmental Buddhism,” he added. “If you did these things, you would find economic and spiritual success.”

Success at home and business

For Wendy Wang, the proper feng shui was as important as the school district and proximity to Manhattan. Looking for a home for a year-and-a-half, she brought a feng shui master along to see each house. It wasn’t until 2009 that the master said to Wang, “You need to buy this house” about her current home on Lake Road in Great Neck. The house, which she plans to put on the market for $3.999 million, is being represented by Dee Dee Brix of Berkshire Hathaway Home Services Laffey Int'l Realty.

“I spent thousands of dollars taking her around,” said Wang. “She told me to look at the water surrounding the house. It looks like a dragon hugging your house, she said. It will bring you prosperity.”

Wang said the house did bring the couple prosperity — her husband in his software business and she as owner of TV network ESR, a 24-hour channel dedicated to video gaming.

Other elements in the house include a front door that is centered, a statue outside the front door of a cube inside a circle (which brings in energy, she said) and the 30-foot ceilings that bring in light and allow the energy to flow. In her home, a large structure with plants blocks the energy from heading straight from the front door through the windows in the back of the home, she said.

Maureen K. Calamia, author of “Creating Luminous Spaces,” has been a feng shui expert for decades, helping potential buyers find a home, and current homeowners and businesses enhance their living spaces.  Her fees range from $300 for real estate reviews of up to three properties and $800-$1,200 for feng shui consultations and advice.

“Some people are looking for help finding a new home,” said Calamia, who also teaches feng shui. “Others have been in place for decades, but may have health issues, financial problems, or a divorce.”

The homeowners notice in both cases that a home’s energy may be totally off.

“We come in and do an analysis of the land and structure to use as a baseline,” she said. “Using feng shui techniques, we can enhance the energy.”

When a young couple bought a 100-year-old house on Long Island, it seemed like a dream come true. A burgeoning interior designer, Kelly Dall of Greenlawn, saw what she believed to be an apparition one day that scared her enough to ask a priest to bless the house.

“He came the next evening and performed a beautiful blessing, but nothing changed,” Dall wrote in an unpublished essay she shared. “We continued to experience the energy.”

Her mother introduced her to twin brothers from Thailand, who, for a fee of $700, used sage, gongs, and candles to clear the bad energy. Most importantly, she said, the pair cleaned drawers, moved furniture, and asked the couple to remove anything that “we did not need or that did not make us feel good.”

Prosperity followed, and the couple, now with three children, moved into a new home. That home was purchased from a couple divorcing, and Dall didn’t want that energy repeating itself, so she hired another feng shui expert to help her there.

“Have you ever noticed a place of business that continually changes hands and is never successful?” she wrote. “That is an example, possibly, of an energy blockage or some negative chi,” a Chinese word that describes the energy given out by the universe.

She began using concepts of feng shui in her work, “whether the client was aware of it or not.”

Sustainable housing expert and adjunct professor of interior design at Nassau Community College, Dana Taormina, says she has seen this before.

“We all want to find happiness,” says Taormina. “This is something as humans we strive for. In a space that has been certified feng shui, you are imprinting yourself and your family to live a commitment of less clutter and understanding that we are our environment.”

Dr. Jingsi Christina Wu, an associate professor of media studies at Hofstra University, grew up in China, moving to the United States for her postgraduate work in 2005. Many of the elements of feng shui were just common architectural details in her homeland.

For instance, she said, most houses face a compass direction of north, south, east, or west, and not randomly placed at angles such as northwest or southeast. Still, a lot of the elements of the ancient Chinese tradition are also practical.

“A lot of Chinese apartments and homes have doors and windows facing south, which is considered good luck, but it is also practical — bringing in maximum sunlight during the day,” she noted.

Mostly, we want to believe that something larger than ourselves can help us control our destiny, she said.

“I respect that,” she said. “For people who don’t use the concepts, it may seem nonsensical. For others, it’s meaningful.”

Diverting good chi: How it works

There's no one way to move positive chi around, but author Maureen Calamia explains a few common feng shui elements.