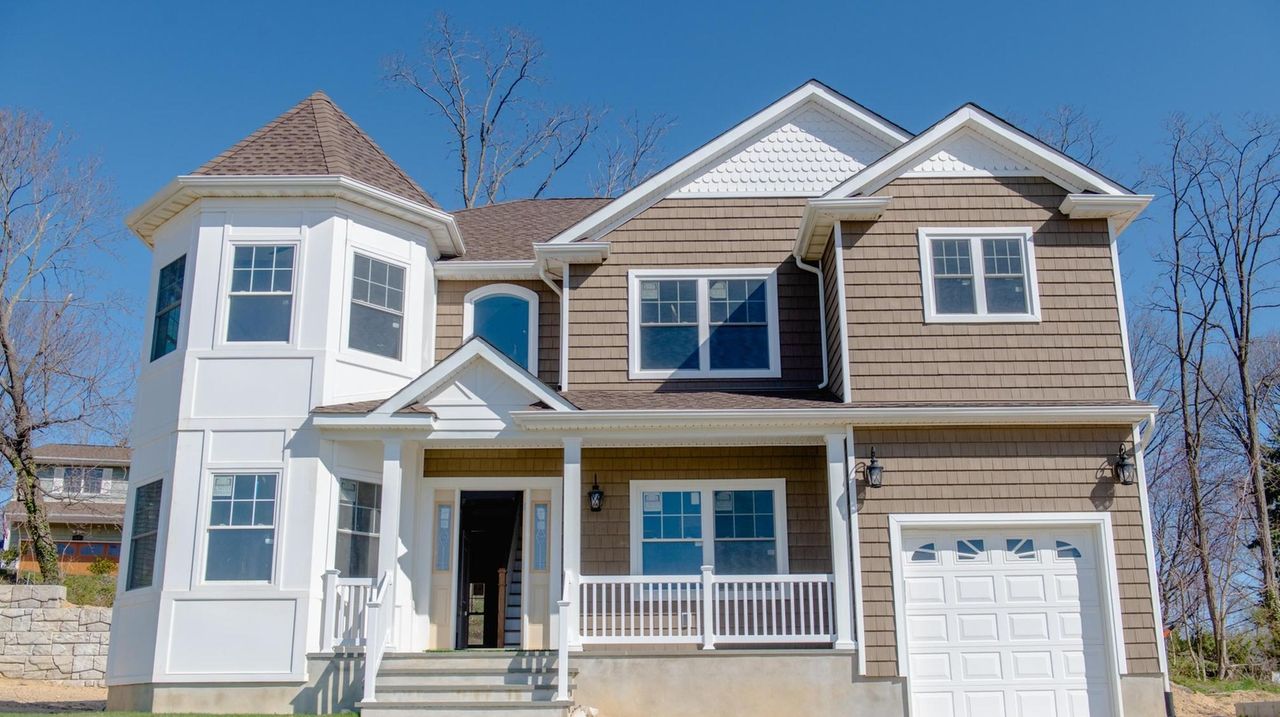 Many new and recently built homes are incorporating Victorian elements in their construction. Developer James Vilardi talks about the new homes he's building in Farmingdale that mimic the Victorian style, but offer all the modern amenities that homebuyers are looking for. Homeowner Vincent Valenti shows us around his spacious and comfortable home in Manorville that includes elements of Victorian style. Credit: Newsday / J. Conrad Williams, Johnny Milano

Vincent Valenti has lived in his Postmodern Victorian home in Manorville for decades, and never tires of it.

"Everywhere you look, there’s a view and there’s always somewhere to go. It’s modern and it flows: that’s the part we really like," says Valenti, adding that the living room has lots of nooks and crannies and conversation areas for reading and entertaining. "We’re here over 20 years and we continue to find something else we like about the house."

Postmodern Victorians and Colonials blend the best of both worlds: historical design elements mixed with the sensibility and comforts of modern-day living.

Here are some positives that homeowners, architects and agents see in these hybrid homes that have made them popular with buyers.

Windows — lots and lots of windows. That’s what Valenti loves about his home.

"Our house is filled with windows. I think we have 10 or 12 in the master bedroom," says Valenti. "It follows the wraparound porch, which is basically hexagonal. Waking up every day in a house like this is very inspiring. It’s full of light."

Laura Cochran, a real estate agent for H & G Realty, is marketing a modern Colonial in Riverhead with a living room that opens up to the two-story-high dining room.

"It has a very open floor plan," says Cochran. "A lot of space downstairs, so you’re not losing any of that space, because the master’s downstairs. The open staircase looking down onto a two-story dining room gives the home a modern look."

The true, older Victorian homes had smaller, closed off rooms, explains Larry Feeley, an architect with H2M Architects & Engineers of Melville. "That’s probably the biggest departure: is the open plan aspect of what we see as Victorians today," Feeley says.

‘A lot of character’

The house also has custom molding and windows, and other interesting details, Cochran says.

‘It’s got a lot of character. So, it’s traditional, but there’s some glam to it."

The open floor plan is integral to these newer homes and a kitchen opening up to a family room makes it perfect for entertaining, adds Cochran.

The Postmodern home is meant for entertaining, concurs James Vilardi, owner of Black Course Development of Valley Stream, who is building the 10-home Postmodern Victorian Toretta Estates development in Farmingdale.

"The kitchen is a pivotal point where you could cook and entertain guests. That’s the way it’s designed," Vilardi says, adding that he explicitly builds spacious homes ideal for entertaining and high-end living with distinctive doorways and mantel crown moldings, recessed lighting and quartz countertops.

"Architects will borrow nuances, possibly from each one of those movements, and develop it into what they feel is appropriate for their design and their clients," Feeley says.

Typically, Victorian homes were built between 1850 and 1910 to 1915, says Joel Snodgrass, an architectural conservator of Huntington-based Steward Preservation Services. "So, when you say Victorian, you usually mean a historic style from that time period," Snodgrass says.

Colonials were built from the 1600s to the mid-19th century, Snodgrass notes.

Architects today borrow motifs from different styles for both Postmodern Victorians and Colonials.

"Sometimes they conglomerate things from different eras. It becomes kind of a catchall, unfortunately," Feeley says.

One of the earliest examples of a Colonial home is the one-room log cabin, where the fireplace, in the middle of the home, served as the sole heat source.

"It was intuitive kind of design: Well, If I put the heat source in the middle, then everybody gets some of it," says Feeley.

As heating and cooling systems were modernized to run through pipes and ducts throughout the building, homes could be larger. Colonials, which also encompass a number of substyles, including Federal, Georgian and Dutch Colonial, are today being built on a much larger scale.

As a conservator, Snodgrass is somewhat critical of homes that do not use principles of architectural design, are too large for their surrounding lots or aren’t in harmony with adjacent houses.

"What used to be a profession of architectural design had transformed itself, right or wrong, to speculative design, meaning developers and builders were getting into the construction building from preset plans or their own architectural design," Snodgrass notes.

Builders will add decorative elements, such as dormer windows and turrets to a facade that may not actually go together, Snodgrass says, "so they seem out of place, or there’s too much of it, or the scale of components is out of whack with the building. There is a formal relationship between massing and scale, size and orientation in formal architecture."

For his part, Vilardi strives to build homes that fit in with their surrounding neighborhood.

"I think that we design something that may have different elements that we think go together quite nicely and we produce a product that people really like," Vilardi says. "We spent a long time thinking about the interior of the house and catering to how people live today."

As to whether a home is identified as a Victorian, Colonial, or any style on Zillow, Realtor.com, OneKey/MLS or other real estate website, is entirely up to the homeowner or broker listing the home, says Tina McGowan, a real estate agent for Daniel Gale Sotheby’s International Realty.

"It is up to the agent and it’s case by case," McGowan says. "And, obviously, it’s all opinion."

A ranch-style home, for instance, can fall under several different categories: ranch, Contemporary or Postmodern.

"Most homes are a hybrid of something," McGowan says. "The majority of buyers are looking for the basics, whether it be a ranch or a Colonial. They want all the bedrooms up or they want just one-level living."

For her part, McGowan discusses the listings with her sellers to see how they want the home listed.

"In my opinion, the seller is really the boss and it’s up to them."

Interestingly, the COVID-19 pandemic may have an impact on home design in the near future, Feeley notes, adding that the notion of one big open space may not be as appealing.

People stuck at home for long periods of time "kind of like the sequestered little rooms," Feeley says. "So, I think there’s going to be a movement back towards more of the old style, where you have individual rooms."

Postmoderns on the market

Features: This custom Colonial, built in 2002, has a grand entry foyer, as well as a balcony overlooking the landscaped grounds and Robert Moses Bridge. The 1.38-acre property, which has a pool and Jacuzzi, overlooks Trues Creek and is adjacent to Gardiner Park.

Features: Built in 2007, this Colonial has a grand entryway, open floor plan and an exercise room. The 0.89-acre fenced-in property has a pool and Jacuzzi, outdoor kitchen, large two-car garage and views of the Great South Bay.

Home styles: What they mean

Classic Victorian and Colonial homes are subdivided into separate classifications and different categories. Here are elements of the most popular:

Prairie: Combines craftsmanship, nature and simplicity and melds into the surrounding environment

Arts & Crafts: Large porch, open floor plan, and made from natural materials, such as stone, brick and wood

Saltbox: Asymmetrical with two stories in front and one in back, has a pitched roof with a steeply sloped rear roof line

Georgian: Very symmetrical, mostly made of brick and stone, with pediments and other entrance embellishments

Dutch Colonial: Gambrel roofs with curved eaves that extend along the length of the house