Affordable, on the water and untapped: LI's Tri-Hamlet area is on the rise

When Amber Garcia Plutner and her husband, David, decided to put down roots on Long Island, they zeroed in on Mastic because the South Shore community allowed them to check many of their boxes.

It was by the water, and because Amber had grown up in the Las Vegas desert, water access was a huge draw. It had yards with plenty of room for the couple’s two dogs to roam without being on top of their neighbors. And, perhaps most important, it was within their budget of less than $250,000. For comparison, Suffolk County's median sale price over the past six months was $373,000, according to the Multiple Listing Service of Long Island.

The Plutners ended up buying a four-bedroom Colonial, built in 2005, for $230,000 in June. In their backyard is Second Neck Creek, where they can launch their paddle boards — also a big draw for David, a 29-year-old information technology security professional who grew up in landlocked Commack.

The only snag was their commute to their jobs — he works in Syosset, and she works in Farmingdale. But, says Amber, 28, a purchasing employee for an aerospace manufacturing company: “It’s been great. We hang out in our front porch in the summertime talking with our neighbors. … For the house that we got at the price that we got, it was more than worth the commute." 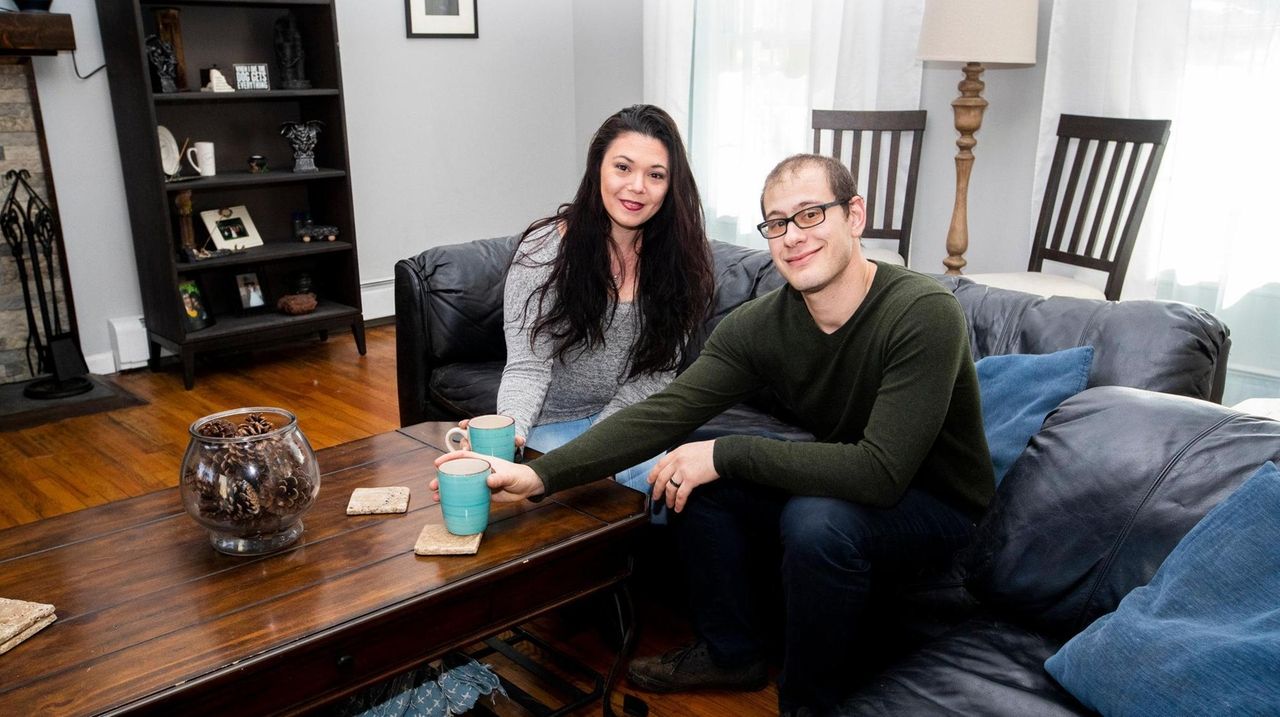 LI's "Tri-Hamlet" residents turning optimistic Over the years, Mastic Beach and its sisters, Mastic and Shirley, known as the Tri-Hamlet area, has battled a reputation of abandoned “zombie” homes and absentee landlords, compounded by the damage from superstorm Sandy. On Sunday, Feb. 10, and Sunday, Feb. 17, families in each neighborhood spoke about their optimism for their areas and what they hope to see in the future. Credit: Randee Daddona, Johnny Milano

Over the years, Mastic and its sister communities of Mastic Beach and Shirley have been known for “zombie” homes and absentee landlords, compounded by the damage from superstorm Sandy. Today, the area, known as the Tri-Hamlet (sometimes with the Moriches), is on the upswing, residents, politicians and real estate agents say. The Town of Brookhaven is taking steps to demolish vacant and unsafe homes. A new $9.5-million ambulance company headquarters is on the way in Mastic Beach, which the Suffolk County police say they may turn into a relief point for officers on patrol. And a sewer expansion was recently approved by voters.

The historic area near the Atlantic Ocean and the bay also is seen as one of Long Island's best buys when it comes to housing, especially for those who want to live on the water, according to real estate agents.

“It’s a great value for the money,” says Caryn Alfano, an agent with Century 21 Cor-Ace Realty in Moriches. “You hear a lot of negatives about certain areas in this part of Long Island, but you have that every place. You have a beautiful waterfront, you have a lot of areas where you can fish, where you can dock your boat, walk down with your family and enjoy it.”

Ted Gounelas, a broker with Coldwell Banker M&D Good Life in Patchogue, says that while the property taxes in the area are typical to slightly above average for the region, he agrees that homes are still priced well compared to the rest of the Long Island market. “One of the reasons is that it is a relatively undiscovered gem in terms of gorgeous scenery and waterfronts. These really are million-dollar views and not million-dollar prices — yet," he says.

Jim Clifton of Douglas Elliman Real Estate in Farmingville, who is marketing a home in Mastic, describes the area as "an opportunity market."

"You can get more house there for the price than pretty much anywhere else in Suffolk County, especially when it comes to waterfront," he says.

"The area is prime right now, especially for investors and for first-time homeowners," says Anna Niola of Douglas Elliman Real Estate in Smithtown, who has listings in the Tri-Hamlet. "Properties are moving very quickly, thanks to these two types of buyers, who are driving the market. As a result, the prices are going up."

Water is 'a big deal'

Sharon Green moved from Coram to Mastic Beach last fall with her 12-year-old son, Kaleb. While she initially started looking in the Longwood Central School District so her son wouldn’t have to switch schools, many homes within her budget came up in the Tri-Hamlet area. She closed on a three-bedroom home, built in 2000, for $255,000 in November.

Green, 43, who works as a Medicaid coordinator at a nursing home in Coram, says she was originally wary about moving to Mastic Beach because she knew about the abandoned properties in the area. But she says she found that the homes on her new block had been kept up well and she met friendly new neighbors with Kaleb one afternoon when they visited the waterfront Osprey Park in Mastic Beach. Along with the county-run Smith Point Park in Shirley, it's one of many ways to access the water.

“That was a big deal for me to be right by the water,” Green says.

Longtime residents say the community tends to draw in people who stay.

Bob Vecchio and his wife, Laura, moved to Shirley in 1992 for much the same reason that newcomers have.

“It was one of the few areas close to the water that was extremely affordable,” says Vecchio, 51, who has served as president of the Board of Education for the William Floyd School District since 2003.

Vecchio says he is proud of the progress the district has made in expanding its Advanced Placement course offerings, establishing a technology education program with medical assistant, carpentry, culinary and automotive classes that are tied to a business academy, and helping to raise the graduation rate from 67 percent in 2006 to 85 percent last year. That compares to figures released by the state education department last month showing that 88.4 percent of seniors in Nassau and Suffolk counties graduated on time after four years of high school.

Bob grew up in Centereach and Laura was raised in Selden. The couple brought up two children here — a 22-year-old son named Robert and a 26-year-old daughter, Amanda Makin, who recently purchased a home with her husband nearby in Shirley. “They could have looked elsewhere, but they loved what they knew,” Vecchio says. “When we moved out there, we didn’t know anything about it. It’s a good sign when people who grew up in the community decide to stay.”

April Coppola’s parents moved to Shirley in 1960, and she lives on a second home on the same property. “We call it our little compound,” says Coppola, 52, who serves as a school board trustee for William Floyd.

Residents say they are optimistic that the new sewer line will help the community grow and attract more businesses, such as restaurants, Coppola says. Investors and families have been purchasing and fixing up Sandy-damaged and neglected homes in the area. “A young couple just bought one house across the street,” Coppola says. “Someone else just started renovating one down the street. As I’m driving around, I’m seeing more houses fixed up.”

Known as the Tri-Hamlet, the Mastic, Mastic Beach and Shirley area is west of the Moriches and covers roughly 26 square miles. It is situated between the Long Island Expressway to the north and Narrow Bay to the south, and the Forge River to the east and Carmans River and Bellport Bay to the west. It was home to more than 58,000 residents in 2010, according to census data.

There are 323 homes for sale in Mastic, Mastic Beach and Shirley, according to a recent check of the Multiple Listing Service of Long Island website. They range in price from $50,000 for a ranch slated for demolition in Mastic Beach to $659,000 for a newly constructed home with a private beach in Shirley.

Here are some other homes currently on the market.

1:43
Man pleads not guilty to rape, strangulation charges
Patchogue man indicted on charges he abused girls in illegal day care
1:49
Day after NY reopening, not all are ready to drop safety measures
After failed vote, Three Village moving toward contingency budget
1:46
NYC to crack down on temporary counterfeit license plates
A top Suffolk police official is retiring, the department says
Didn’t find what you were looking for?