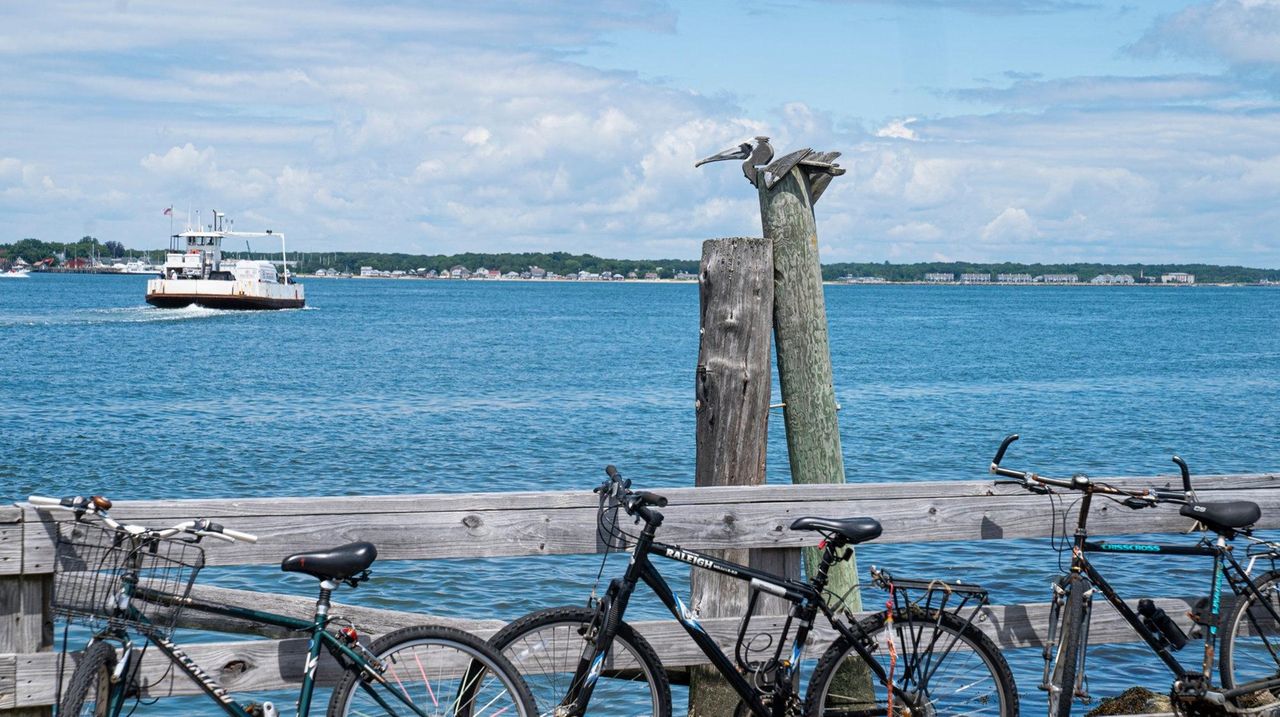 New Yorkers from across Manhattan, Queens and Brooklyn have been pouring into the Shelter Island real estate market as they try to seek shelter from the coronavirus.  Credit: Randee Dadonna

It’s been a tough summer in paradise.

The real estate market on Shelter Island has been hotter than ever but there’s been hardly anything in it for residents and businesses in the sylvan retreat nestled in the blue waters between the North and South Forks.

“Things are on fire,” says Judi Desiderio, president and CEO of Town & County Real Estate. “We haven’t seen this much activity for 32 years.”

The reason this bucolic getaway  is more sought after than ever is directly related to New Yorkers' escape from the density of the city’s high-rise apartments to gabled expansive homes with large yards on the tree-lined streets of suburbia. Many of the renters have signed multimonth leases through at least the end of the year — unusual for a town that turns into “Tumbleweed Tuesday” the day after Labor Day.

Since all the rentals have long since been snatched up, lookers are turning toward buying houses.

Other than COVID-19, the environment is ripe: Agents can now bring clients into the homes, instead of virtual showings, and the home mortgage interest rates continue to be low.

“Renters are turning into buyers,” says Michael Brennan of Douglas Elliman Real Estate, Sag Harbor. “There are no rentals left, we have been completely engulfed this year. I have six days of back-to-back showings.”

Brennan says the clients are telling him: “If I am spending $100,000 for a rental for the season, I might as well put that down as a down payment.”

Penelope Moore, an agent for Saunders & Associates, says this summer reminds her of the time just after 9/11 when people fled the city and looked for places that felt safer. This time, homes are being snapped up even more quickly. Moore says she had three offers on houses accepted recently.

“I closed on a house that was on the market 3½ years,” she says,

Rental prices are double what they were the year before, she says. “Maybe even more.”

Oddly, even though the real estate market at Shelter Island is booming, the main bulk of summer sales for local businesses has always been the tourists, who pack onto the ferries to spend a summer day in town, which normally has plenty of fun events to keep visitors entertained.

“We’re doing half the business we did before,” says Gregory Ofrias, part owner of the Shelter Island Heights Pharmacy, which has a small luncheonette on site.

Ofrias says the luncheonette is not set up inside or outside for social distancing, so they are relegated to takeout. Still, he considers himself lucky. Many businesses haven’t even opened this year, he says.

“We have our regular customers, and we appreciate them,” he says. “But we are missing the day people .... Even getting supplies is hard.”

Since the state loosened its guidelines, hotels have slowly opened back up with COVID in mind. At Seven Hotel in Shelter Heights, for example, guests are given a "beach basket breakfast," with food in Mason jars and coffee in thermoses, instead of its usual buffet.

The Shelter Island Action Alliance, coordinating with the local Lions Club, has been helping local restaurants by buying food from them and feeding health care workers and public workers, such as firefighters and police officers. According to Shelter Island resident Brett Surerus, who partnered with Alex Graham to start the foundation, the organization has raised $67,000 and bought and served more than 5,100 meals.

Not just restaurants and retail stores are suffering.

Bridge Hunt, general manager of North Ferries Inc., which takes people from Greenport to Shelter Island, says the business is not close to historic summer sales.

Also hurting tourist season is the cancellation of many popular events on the island, something that is happening all over the country. The popular Perlman Music Program concerts have been canceled, as well as annual parades. The popular Camp Quinipet, both an overnight and day camp, has closed down this summer as well.

Signs of the new homeowners settling in are unusual. They are not in town eating dinner or visiting shops. Mostly people are walking along neighborhood streets with their children and dogs in tow. Otherwise, there isn’t much activity, says Shelter Island Town Supervisor Gerry Siller.

“The island is very crowded, but everyone is hunkering down,” he says. “You wouldn’t know the island was crowded unless you drove around at night and saw how many lights were on.”

Location: 2 houses on Lari Lane (can be sold separately)

Description: Two separate properties; one with a main house and guesthouse, pool, water views, and extended dock and pool, and another with home with its own boat basin and pond.

Description: This custom-built, 3,000-square-foot home is steps from Wades Beach, has an open plan concept, with a fireplace in the den and a kitchen overlooking a back garden and pool. The backyard is adjacent to a preserve.

Roads and transit: Can only get to the island from two ferry services: North Ferry from Greenport and South Ferry from Sag Harbor. Closest Long Island Rail Road station is Greenport on the North Fork and Bridgehampton and East Hampton train stations on the South Fork

Hospitals: There are two doctor offices in Shelter Island, but emergency cases are taken to Eastern Long Island Hospital in Greenport.

Annual events/ festivals: Annual fireworks, parades, concerts on the lawn of the Perlman Music Program campus, all canceled because of COVID-19

A 'shelter' bought and sold

Once home to the Manhanset tribe, Shelter Island was known in Native American as "an island sheltered by islands."

In 1638, the earl of Stirling, Sir William Alexander, gave the land, which he received from the king of England, to his agent James Farrett.

The island went through several owners over the next century, including Nathaniel Sylvester.

There were 20 men living on the island – with no accounting of women or children – when the first town hall meeting was held in 1730.

During the Revolutionary War, the British used the island to dock their ships, which “ravaged” the island and its residents for goods, according to the Shelter Island Historical Society’s website.

The island, which sits between the North and South Forks, is only accessible by boat. Its population swells in the summer months with tourists and vacation home residents. Only about 200 students attend the kindergarten-through-12th-grade school.

Which LI community is right for you? Find out with the ultimate home-buying guide.Each LI neighborhood has its unique characteristics. Check out dozens of profiles covering communities from Western Nassau to the East End to see which one you should call home.