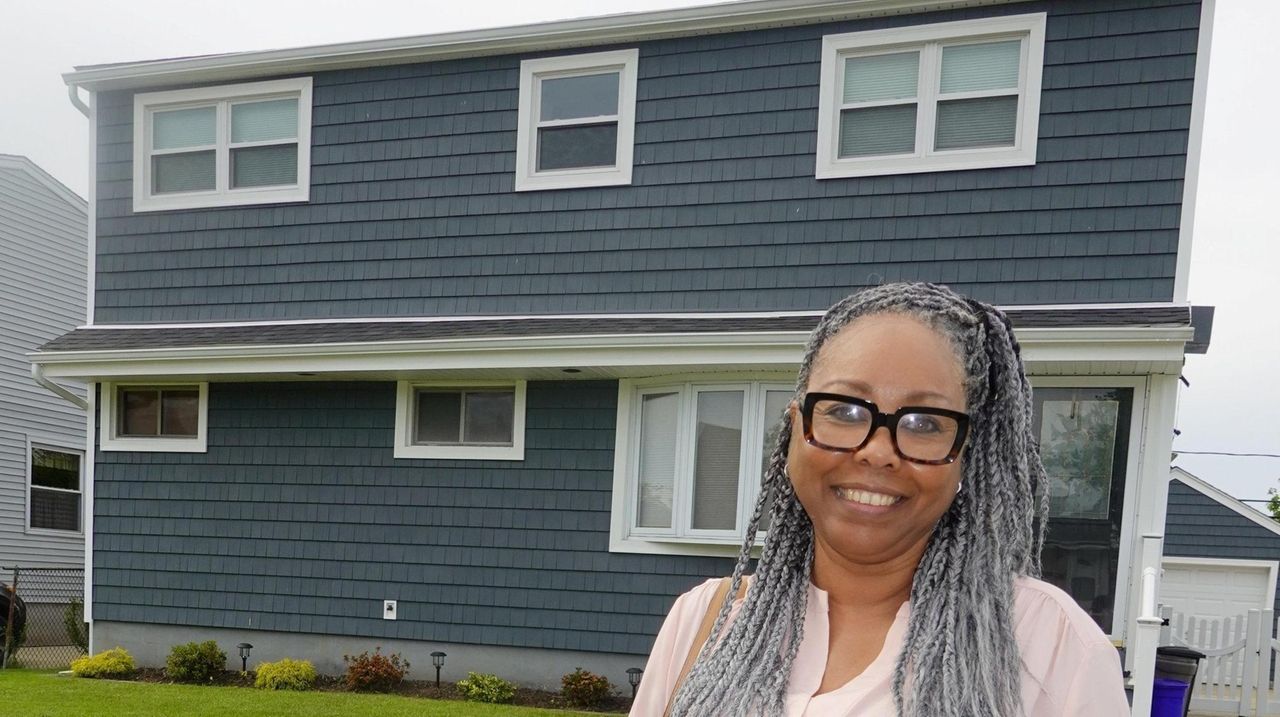 With home prices skyrocketing during the pandemic, some homeowners are considering selling their homes and retiring.  Credit: Linda Rosier; Debbie Egan-Chin

Angela Gilbert, 62, plans to join her husband, Terence, 70, in retirement later this summer. That was also when they were going to sell their four-bedroom Cape in Freeport. But with today’s low-inventory, high-demand real estate market favoring sellers, they listed it in January instead. They had above-asking offers within the first few days, signed the contract in February, and more than doubled what they bought the house for 25 years ago.

"We didn't want to miss out on the hot market, but we didn’t think it would happen that fast," said Angela Gilbert, who is retiring from her hospital coding job in August. "We’ve been living with my sister until we’re able to move permanently to our retirement home in Florida."

Paula and Dan Badalament were in a similar position. Last year, while they were quarantined in their second home in Florida, Paula, 73, worked remotely as an executive recruiter. As she settled into the area, the couple decided to sell their four-bedroom high-ranch in Glen Cove earlier than planned and take advantage of the seller’s market. The house, which Dan, 78, bought in 1972 for $53,000, listed in May for $749,000. It sold near the asking price, for cash.

A good market for senior sellers

"We just started to think about our next chapter," said Paula, who is still making retirement plans. "Dan has already been retired 20 years. And carrying two houses is a financial burden."

With housing prices up in most neighborhoods at least 10% over a year ago, this market is particularly good for seniors who may be pushing up their timelines, and even for those who hadn’t been thinking of selling, said Mike Pesce, a licensed associate real estate broker at The Pesce Lanzillotta Team in Woodbury. Whether they’re moving to be closer to family, saving money on taxes or reducing their home maintenance, Pesce said older sellers are motivated by the economics of the situation. According to a 2020 National Association of Realtors study of Home Buyer and Seller Generational Trends, those 65 to 73 years old made up the largest share of sellers, at 23% with a median age of 68. Among those 74 and older, the median time to have lived in their homes was 19 years, with an equity gain of at least $103,000.

"We're seeing a lot of seniors who were going to move anyway, but since they can make such good money on their homes, it's giving the impetus to go ahead even if they don't move out of town," said Susan Helsinger, president of the Long Island Board of Realtors. "The houses are going for so high and also selling so fast, the senior has options now, which at one point they didn't. So it really is a very good market for them, especially if they already have another home to go to."

At the same time, because of COVID shutdowns, not everyone is ready to take advantage of the market, said Stacy L. Zigman, a senior real estate specialist and licensed associate broker with RE/MAX City Square in East Meadow. "There are a lot of seniors and retirees that are behind in their moving process because of the inability to travel and being able to tour retirement communities."

This step is important, said Angela Gilbert. "You can move someplace and then not like it. So you have to at least do the research of where you want to go before you put your house on the market. Go somewhere for a month, take a vacation, but don't just decide that you want to go to a place and sell your house and then end up being stranded."

To avoid this scenario and make the best financial decision, before you decide to put your house on the market, consider these steps.

Know where you’re going next

Don’t sell if you don’t have somewhere else to go, advised Maddy Camay, broker associate for Compass USA in Syosset. "Figure out where you’re going to go, because the house is going to sell really quickly. You need a game plan. Can you work from home if you're not retiring? Can you move in with family? Or do you want to rent until you figure it out or the market settles down?"

Further complicating the decision is that housing inventory — to buy or rent — is low everywhere, said Pesce, including Florida. "There’s an inventory shortage in almost every market for the entire country."

These were considerations for Ellen Bellomo, 75, of Locust Valley, who was unsure about selling her five-bedroom home of 20 years after her husband died in 2020.

"The prices have gotten so high, and houses are in demand. I thought if I'm going to make the move, I should do it now when I have the energy to pack and unpack and set up a new place," she said.

But first Bellomo had to make sure she had a place to live because she doesn’t want to leave the area. Though she could have moved in with family, she was waiting for an opening in a 55-and-over community. When that came through, in May she sold her house for cash at her asking price of $925,000 and will move this summer.

Get your house in order

"Have someone in to give you a current home appraisal and tell you the process. You may need to organize and declutter to get it ready to sell," she said. "A good Realtor will be able to help you with those decisions and make suggestions that would help increase the value and won't be particularly difficult and will be cost-effective."

But don’t make major updates, said Kim Bancroft, a licensed salesperson with Daniel Gale Sotheby's International Realty in Locust Valley. "Take care of aesthetic details like a bit of painting and landscaping to enhance curb appeal, but don’t invest in remodeling. Contractors are really busy and materials are more expensive right now, and you don’t know what the buyer will want."

Be realistic that if your house hasn't been updated, you might not get a premium price or it may stay on the market a little longer, Pesce said.

Consider if the sale will fund your retirement, help buy another place or pay off your debt, said Brian Cohen, financial adviser and partner at Landmark Wealth Management in Melville. "Not all seniors have their homes paid off, since they may have taken out a home-equity loan or they've refinanced, so your next steps depend on your circumstances," he said. "Maybe you’ll have more flexibility because your property taxes are going to be less or you won’t have expenses like lawn maintenance so you can invest more and put some of it towards retirement."

Cohen recommends that when you sell, if you plan to invest the proceeds, have at least six months of emergency funds of your fixed expenses available. "Things always come up. Somebody who's retired doesn't have to worry about losing their job, but at least they should be ready in case there's an emergency."

Baby boomers make up the largest share of sellers, at 43%.

They are selling to move closer to friends and family, due to retirement or because their home is too large.

Buyers age 75 to 95 (the Silent Generation) represented the smallest share of buyers, at 5%.

Buyers 66 to 74 typically purchased the newest homes, with the median home being built in 2000.