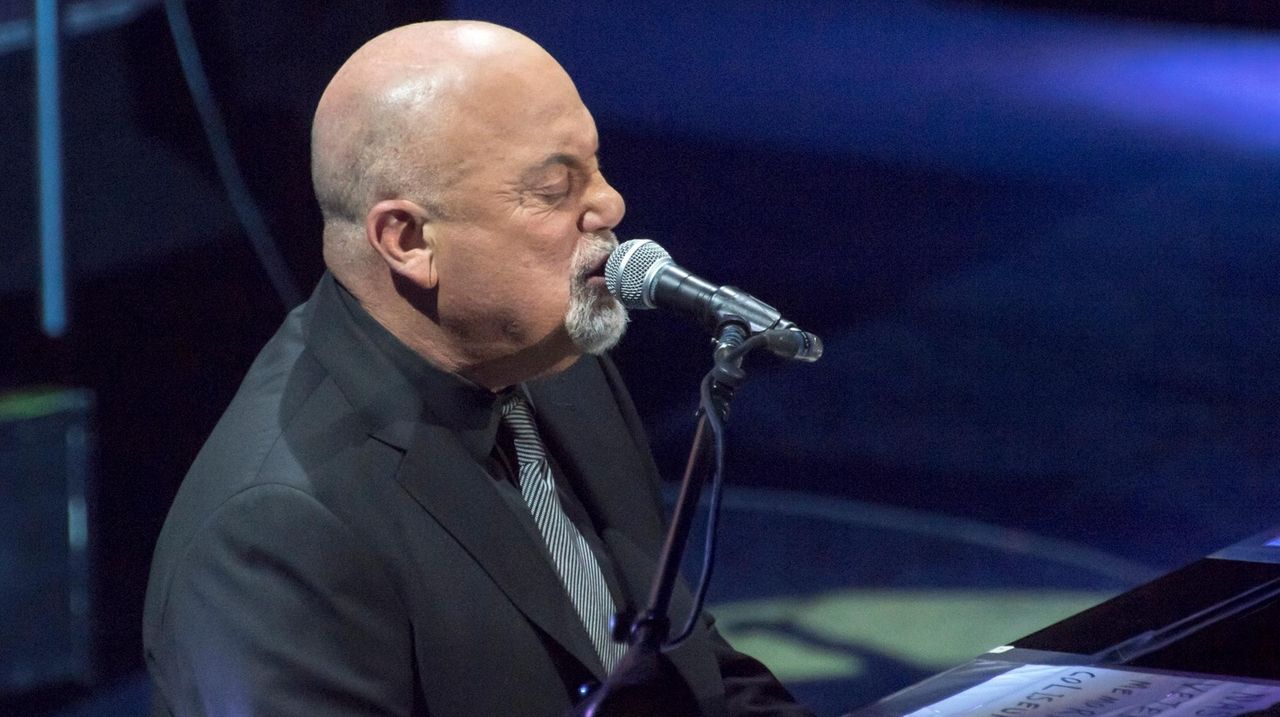 The 2010s was a decade when new stars from Long Island burst forth and an old star reached new heights. It was a decade when beloved local venues and institutions closed, but new ones emerged. The years 2010-19 provided no shortage of memorable entertainment stories — here's a look at the 15 biggest.

BILLY JOEL BECOMES A FRANCHISE
Madison Square Garden is known as the home for the New York Rangers hockey team, the New York Knicks basketball team and in January 2014, Joel was added as the new franchise to “The World’s Most Famous Arena.” The singer-songwriter, who grew up in Hicksville, announced he’d play MSG once a month “as long as there is demand.” Fast forward six years and Joel recently announced the 75th show in his historic residency and demand just keeps getting hotter. In addition to changing up the set list every time, Joel has brought on fellow rock stars to drop in for a cameo such as John Mellencamp, Sting, Bruce Springsteen, Brian Johnson of AC/DC and Miley Cyrus. —David J. Criblez

'LONG ISLAND MEDIUM' COMES TO LIFE
Up until the night of Sept. 25, 2011, Theresa Caputo was a Hicksville homemaker and mother of two with a self-professed special talent. By the next morning, she was a national star, and we have TLC to thank for that. She has become Long Island's TV ambassador to the world, and by the way, she also talks to dead people, or so she insists. Caputo and "LI Medium" dredged up all the age-old controversies about mediums — how she "cold reads," or how it was all part of a macabre circus. Caputo was ready for her detractors. She disarmed them with her hair, and those nails, and the whole sartorial package that was and remains so distinctly Theresa. —Verne Gay

LIVE MUSIC VENUES EXPAND
In the past 10 years, the number of live music venues on Long Island has grown greatly. Among the more notable spots opening their doors this decade were The Paramount in Huntington (2011), The Space at Westbury (2013),  The Suffolk Theater in Riverhead (2013) and the second coming of My Father’s Place in Roslyn (2018). Each venue has its own style and flavor adding to the eclectic musical landscape of Nassau and Suffolk. These 200-1,500 size venues created an alternative place for acts of all genres to play beyond Jones Beach Theater or NYCB Live’s Nassau Coliseum. —David J. Criblez

BUT THE CRAZY DONKEY CLOSES
For Long Island bands and music lovers, The Crazy Donkey was the equivalent of the high school cafeteria: No matter what scene you belonged to, you'd end up there eventually. Punk bands, emo kids, metal heads, dance, aging rockers and rising local acts like Brand New and Taking Back Sunday — they all did time at the boxy nightclub on an unpretty stretch of Route 110. Cold, hard economics shuttered the club after nine years in 2011, but fans still remember the Donkey's crazy-quilt legacy. —Rafer Guzmán

MEET SAL “THE VOICE” VALENTINETTI
In September 2015, season 11 of “America’s Got Talent” launched the crooning career of Sal “The Voice” Valentinetti of Bethpage. This pizza delivery boy turned dapper Rat Packer captured the Golden Buzzer from “AGT” judge Heidi Klum advancing him to the quarter-finals. Although Valentinetti lost in the finals, his charm and finesse won over fans leading him to tour the country and headline local LI venues like The Paramount in Huntington, NYCB Theatre at Westbury and the Westhampton Beach Performing Arts Center. —David J. Criblez

Fans cheer LI finalist on 'America's Got Talent' A viewing party for Sal Valentinetti, 21, of Bethpage, who made it to the finals of "America's Got Talent" drew local fans to the Albertson pizza shop where he worked, da-Angelo Pizzeria & Ristorante on Tuesday, Sept. 13, 2016. Credit: Johnny Milano

THE SHORT REIGN OF 'PRINCESSES: LONG ISLAND'
Even before launching June 2, 2013, "Princesses" had succeeded in infuriating half the Island while intriguing the other half. Soon enough, the infuriated half would win the day. Foremost was that loaded title, insinuating that Jewish stereotypes would be deployed, and promos suggesting that "Jersey Shore" was about to arrive on these shores. And then the real show arrived. Matters did not improve all that much from there. Many viewers. indeed, took umbrage at the show's apparent stereotypes. Then, during a shoot at the park in Great Neck Plaza, one cast member had a model offer beer to a statue of firefighter Jonathan Lee Ielpi, who died on 9/11. Great Neck exploded, then the rest of Long Island exploded. Soon, "Princesses" imploded. Unlike the controversies that preceded it, the end in 2014 came quietly. Bravo didn't even bother to issue a press release to say it had been canceled. —Verne Gay

A FUNNY THING HAPPENED TO 'KEVIN CAN WAIT'
"Kevin Can Wait,” the first network sitcom to be shot on Long Island, starred Kevin James (a true blue Long Island booster) and was the top-rated new sitcom of the 2016-17 season. James played a bumbling dad (a recently retired Nassau County cop) with three kids and a nice, long-suffering wife played by Erinn Hayes. It was a basic, meat-and-potatoes formula, until CBS or James (neither would step up to take the blame) decided they had a better formula: Kill off the wife, bring in Leah Remini as his new pal, and hope that viewers mistake this for a reboot of ""The King of Queens." They did not: Viewers were livid that the popular Hayes had been unceremoniously bumped off and the sitcom made matters worse by making light of her death. CBS axed "Kevin" after just two seasons. —Verne Gay

BILLY JOEL CLOSES NASSAU COLISEUM
When it came time to close down Nassau Veterans Memorial Coliseum in Uniondale, the only man for the job was the Piano Man. Billy Joel performed an epic three-hours-plus show on Aug. 4, 2015 with guest appearances by Paul Simon, who played “Me and Julio Down by the Schoolyard,” “Homeward Bound” and “Late in the Evening,” and L.I. comedian Kevin James, who tickled the ivories on the intro to “Miami 2017 (Seen the Lights Go Down on Broadway).” Joel broke out some rare songs he doesn’t regularly play (“Until the Night,” “I’ve Loved These Days”) in this 31-song set list. —David J. Criblez

BILLY JOEL OPENS NYCB LIVE’S NASSAU COLISEUM
Just 20 months after closing Nassau Coliseum, Joel was called upon to reopen the newly christened NYCB Live’s Nassau Coliseum on April 5, 2017 celebrating the arena’s $260 million renovation. This time, the Piano Man extended his set list to 32 songs and brought on Long Beach resident Joan Jett to play her hits “I Hate Myself for Loving You” and “I Love Rock and Roll.” Meanwhile James returned to perform an interpretive dance with actress Leah Remini during Joel’s performance of “She’s Got a Way.” Miller Place’s Michael DelGuidice, a performer in Joel’s band and leader of tribute band Big Shot, got a chance to sing “Nessun Dorma.” —David J. Criblez

LIVE FROM NEW YORK, IT'S KATE MCKINNON
Long Island has always been fertile ground for comics, but none quite like this Sea Cliff native. McKinnon was obviously talented, but also protean — great at voices, characters, mimicry, improv, sketches, you-name-it. McKinnon, who joined "Saturday Night Live" in 2012 ,promptly became one of the most valuable not-ready-for-prime-time players. Her political impersonations rank among the best in the show's history, and we're not talking just Hillary Clinton, but Rudy Giuliani, Elizabeth Warren, Theresa May and, best of all, Jeff Sessions. In this, the 45th season, McKinnon and Kenan Thompson are "SNL's"  two irreplaceable cast members. —Verne Gay

'THE AFFAIR' TO REMEMBER
Showtime's "The Affair" began at the End and wrapped at the End — a five-season full circle that brought Montauk to a national viewing audience and turned Montauk into a star. "The Affair" loved Montauk in part because it offered both perfect metaphor and setting: Waves, wind, sand, ocean … the narcotizing effect of land that abuts the endless sea, and that sense of beginnings or endings, specifically that sense in this show. That endless sea was indifferent to the fates of "The Affair's" star-crossed husbands and wives, Noah Solloway (Dominic West), Helen Solloway (Maura Tierney), Alison Bailey (Ruth Wilson) and Cole Lockhart (Joshua Jackson). But that didn't mean Montauk was indifferent. "The Affair" ended by returning the favor. In the closing seconds, the camera pulled back to reveal just how special — and inspirational — The End truly is. —Verne Gay

CURTAIN GOES UP AT THE ARGYLE THEATRE
Downtown Babylon's evolution as a cultural hub got a boost with the opening in May 2018 of the Argyle, a converted movie house. Like the John W. Engeman Theater in Northport, the Argyle's mission has been to bring Broadway-caliber musical theater to Long Island with an array of shows from crowd-pleasers ("Guys and Dolls," "The Producers") to edgy entertainment ("Spring Awakening") to family fare (the current "Miracle on 34th Street"). —Daniel Bubbeo 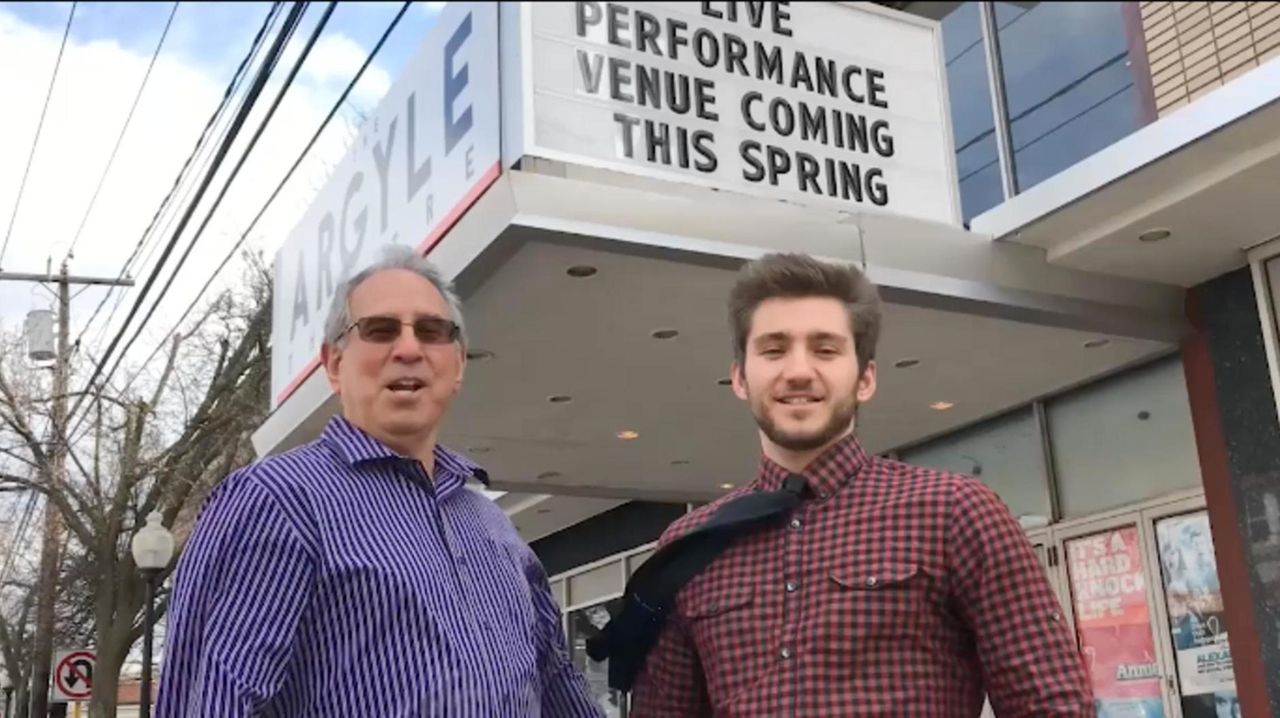 PARRISH ART MUSEUM REOPENS
Italian Renaissance master Michelangelo took four years to paint the Sistine Chapel. The Parrish's own renaissance took nearly twice as long, moving from its previous Southampton location to its reconstructed home in Water Mill in 2012. The $26.2 million renovation was money well spent, which tripled the Parrish's art space and included seven galleries alone for its permanent collection. The Parrish literally shines a light on art with skylights in just about every room save the lavatories. —Daniel Bubbeo

LONG ISLAND PHILHARMONIC ENDS
Co-founded in 1979 by singer-songwriter Harry Chapin, the Philharmonic performed at some of the Island's most important venues including Tilles Center and Staller Center. The group also gave back to the community with free summer concerts and in-school programs to train the next generation of classical musicians. Financial cutbacks put a strain on the Philharmonic in its final decade. “This is a tragedy for all of Long Island,” Larry Austin, Philharmonic chairman, said in 2016 when the orchestra folded. “We did everything we could to keep the music playing, but these are tough times for arts organizations everywhere.” —Daniel Bubbeo

THE LAST RINGLING CIRCUS
It was the moment few thought would ever come: The final performance of the Ringling Bros. and Barnum & Bailey circus, the 146-year-old American instituion. On May 21, 2017, Ringling brought its troupe of nearly 200 clowns, aerialists, Cossack riders, lions, tigers and other performers — but no elephants, who had been retired under pressure by animal rights groups the year before — to NYCB Live's Nassau Coliseum. The show closed with a standing ovation and ringmaster Johnathan Lee Iverson leading the crowd through "Auld Lang Syne." —Rafer Guzmán

These are the 10 worst shows, movies we watched in the 2010sFrom "Jersey Shore" and "Stalker" to "Gotti" and "Aloha," our critics pick the decade's absolute stinkers.  The 10 most important movies of the 2010s, rankedCan any one movie capture this decade? Whose decade are we talking about? For that matter, what's a movie anymore, in this age of small screens and streaming content? The 10 most important shows of the 2010s, rankedFrom "Game of Thrones" to "Empire and even "The Big Bang Theory," these were the shows that meant the most to TV in the decade now ending.