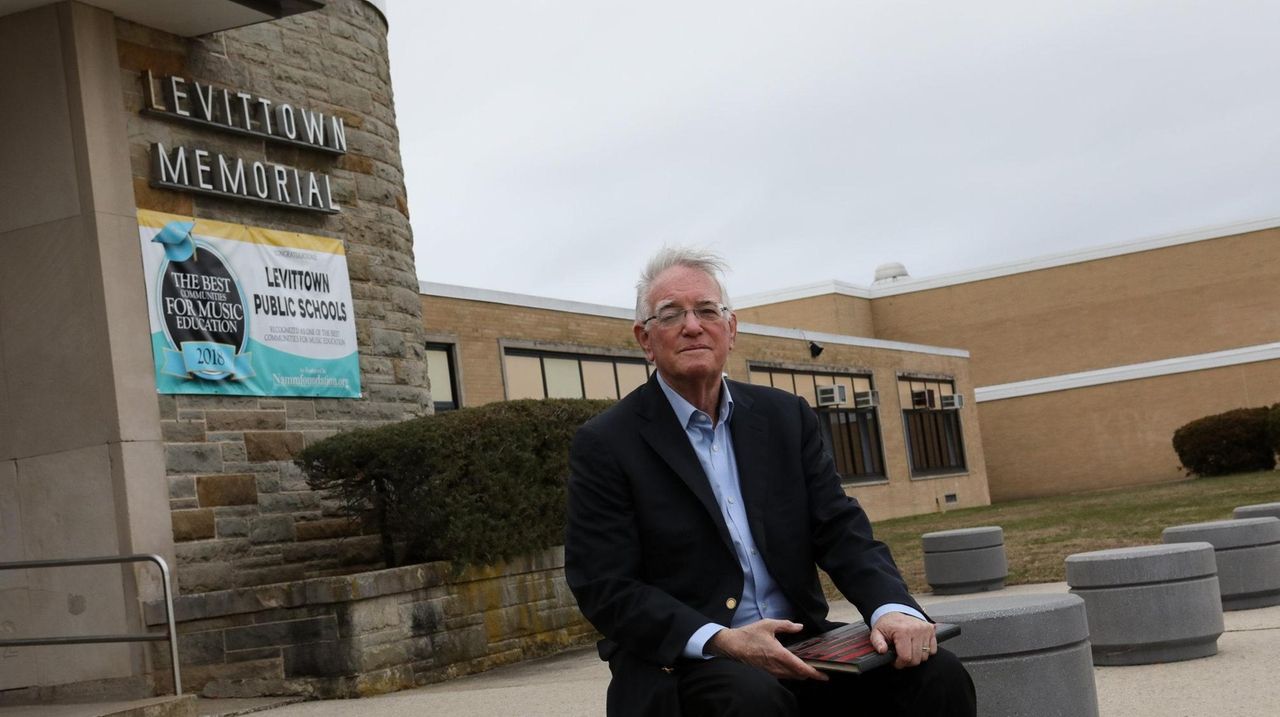 Phillip Margolin, author of "A Reasonable Doubt," was inducted into the Levittown High Hall of Fame on March 12 at Domenico's of Levittown.  Credit: Linda Rosier

Long Island native and bestselling mystery writer Phillip Margolin returned to his hometown of Levittown earlier this month to be inducted into the Levittown High Hall of Fame. The very same week, he celebrated publishing his 23rd novel A Reasonable Doubt (St. Martin’s Press, $27.99).

Margolin, a former attorney, spoke by phone from Portland, Oregon about Perry Mason, the Levittown pool and the power of chess.

When you were growing up in Levittown in the 1950s, did you ever think you might get inducted into the Levittown High Hall of Fame?

I was shocked when I got the letter! I was not a stellar student. In fact, I was a failure growing up. I was a lousy student, didn’t get into any college I applied to the first time, or law school. Things finally started going uphill after I went to the Peace Corps. I had an exciting career as a criminal defense lawyer for 25 years, and then I became a bestselling writer. I just sent my 24th book to my publisher.

What is your fondest memory of growing up in Levittown?

Levittown was great for kids. There were big families and someone was always playing football or baseball or heading to the pool, which was very close to my house. We rode bikes all over, going to the deli and grabbing hero sandwiches. We’d play tennis on the town courts and the loser would have to buy Twinkies and Cokes. I even had a paper route, and I think it was for Newsday.

How did you transform from a lousy student into a Hall of Famer?

Chess really turned me around. I flunked math in eighth grade — this was the best thing to ever happen to me. The summer school math teacher was a chess player and we started playing after class. I was a poor student because I had a short attention span. If I didn’t get a problem in two seconds, I’d lose interest. But in chess you have to sit for long periods of time and analyze. It trained me to become unemotional and objective about schoolwork, to not get upset if I couldn’t figure out a math problem. I had a low opinion of my IQ and didn’t think I was smart, but I started thinking that if I could beat my math teacher at chess, maybe I’m not so stupid after all. In ninth grade I applied myself and went from a C average to 90s and in another two years I was taking all honors classes.

Did you always want to be a writer?

I never even thought of being a writer growing up. Since I was 12 years old, I only wanted to be like Perry Mason and do murder cases. I read all his books as a kid and then moved on to Ellery Queen. When I was in Liberia, West Africa with the Peace Corps, there was no rule of law; they had secret police, torture, and you had no right to an attorney. After two years in Africa, I came back and decided to go to law school. I wrote my first book the summer between law school and my first job.

This is your fourth book following young criminal defense attorney Robin Lockwood. But this is your first that focuses on magic.

I just love magic. When I moved to Oregon in 1970 there was a show late at night where they had magic. I’d never seen big time magic, where they made people disappear and things like that, and I became obsessed. I wondered how they did it. Over the years, I’ve seen the big magicians in person, but I still don’t know how they do it, and I still love it! I got this idea for a magician who gets murdered in the middle of performing on stage in front of 3,000 people. That was the fun part for me, working out the murder.

Did you ever try your hand at magic?

No, I have really poor eye-hand coordination. I play tons of sports, but I’m not good at any of them. You have to really manipulate cards and I can barely tie my shoes.

You dedicated this book to former executive director of Chess for Success. Do you still play chess?

Chess is, pound-for-pound, the best educational tool, period. I helped form the nonprofit Chess for Success, which is now in more than 100 schools and 20 school districts. It is an educational program that uses chess to trick kids into learning. We work with 4,000 kids a year and I know what you are thinking: they are probably all nerds with pocket protectors. Not true! I challenge you to come up with a group as diverse as ours. We teach boys and girls, gifted and talented, kids with physical disabilities, learning disabilities, non-English speaking kids, and they all work together on an even playing field. All these kids get to participate.

Has chess helped you become a better mystery writer?

Unemotionally and objectively analyzing problems — that’s what chess teaches you. Now I am able to take a look at what I am writing and say: I wrote this, and this is really not very good, and I’ve got to keep working. If an editor says, “I don’t like this,” I’m not upset that he’s bad-mouthing my brilliant prose. Instead, if what he is saying makes sense, I figure out how to correct the problem. It’s all chess!