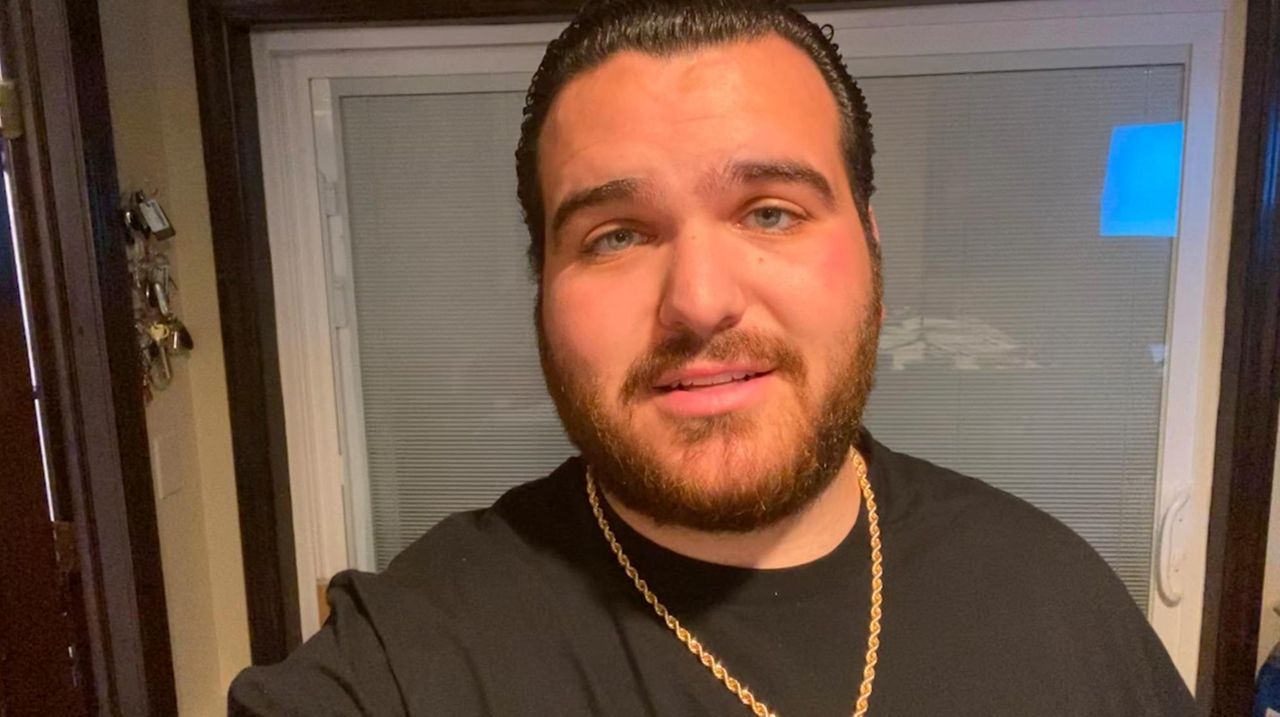 Long Island musicians and comedians are offering to send a message to anyone you want on Cameo.com.  (For a fee, of course.) Credit: Newsday

Shopping for a present during a pandemic can be a difficult task. But the coronavirus hasn’t stopped Cameo.com, the website where celebrities can be hired (for a fee) to record custom video greetings for any occasion.

Each patron writes a paragraph about the subject matter they want the celebrity to discuss and they will use it to personalize each message.

Corrado Mazzuca, 53, of Hauppauge ordered a Cameo video from reality star Zuljeily Andino (MTV’s “Double Shot at Love”) for his son C.J. congratulating him on his graduation from middle school.

“I put the video up on our flatscreen TV and C.J. freaked out,” says Mazzuca. “He couldn’t believe it.”

Here are a dozen Long Islanders currently on the roster:

Showing his charitable side, the lead singer of Twisted Sister, who grew up in Baldwin, has been doing free videos for COVID-19 patients as well as front-line workers. “I want to inspire people a little bit,” he says. “I tell them when they are feeling down or under the thumb, start singing ‘We’re Not Gonna Take It’ out loud and let everyone join in with you.”

This Bayville comedian delivers jokes like a slot machine shoots out quarters. “I tell them jokes one-on-one,” says Martling, former head writer on “The Howard Stern Show.” “I’ll say something like, ‘Happy Birthday Harry! I was going to get you something you need but I didn’t know how to wrap a bath.’ That’s just for starters.”

The 2016 “America’s Got Talent” finalist from Bethpage gives his followers a little razzmatazz with each message. “I think of all my fans as family,” he says. “These messages are fun to do because you develop a more personal relationship with them as a result.”

The stand-up comic, who grew up in Elmont, just joined Cameo during the quarantine and recently serviced a unique request. “This group of 12 people, who grew up together, asked me to roast each person,” he says. “I wrote down all their names and quirks then made fun of them one-by-one.”

This ‘80s pop diva made hits like “I Wonder If I Take You Home” and “Head to Toe,” now she’ll make you a message. “It’s kind of like a personalized autograph,” says Lisa Velez of Port Jefferson Station. “Sometimes I’ll even sing a snippet of a song or two.”

The former “Howard Stern Show” personality and announcer/writer from “The Tonight Show with Jay Leno” loves to connect with his fans with a video message.

“I know I’m not George Clooney,” says Melendez, who grew up in Massapequa. “But if they are an old Stern fan, I’m happy to make their day.”

The drummer from Vanilla Fudge, a former resident of Long Beach and Cold Spring Harbor, was unsure about joining the Cameo family.

“At first I felt weird about doing it,” he admits. “Now, I’ll go on and wish a fan happy birthday or happy anniversary right from my drum kit.”

This comic from West Hempstead delivers her messages in various characters such as her ever-popular senior citizen Vivian Eisenstein. “I just got one for someone who was supposed to get married in June and the wedding was canceled,” says Kirson. “I wished them luck and said how sorry I am that it was canceled as Vivian.”

The Stray Cats drummer from Massapequa makes his messages while spinning his band’s music and playing along. “I mix it up,” he says. “If they are into hot rods, I’ll play ‘Built for Speed.’ If it’s someone’s birthday, I’ll play ‘(She’s) Sexy + 17.’ Whatever fits the story best.”

Get a comedic video from a variety of this Massapequa native’s cast of characters from nerd Eppy Epperman to boxer Jiffy Jeff. “I just did one for a bunch of guys who loved my Jacques Cousteau bit,” he says. “In the video I pretended to be Jacques Cousteau and I made them my crew.”

The actress from the 2007 film, “Hairspray” likes to keep her messages upbeat as she’s known for singing, “You Can’t Stop the Beat.” “I have the best time doing them,” says Blonsky, who grew up in Great Neck. “I’ve been part of some incredible marriage proposals and promposals. It brings me such joy.”

The Roslyn-raised comedian just started Cameo during the quarantine and she was asked to encourage a man in his 40s to start a comedy channel on YouTube. “I told him I was starting something new with Cameo so he should start something new,” she says. “Then I sang ‘Happy Birthday’ because I need as many laughs as I can get.”

Cameo website connecting athletes, celebrities with fansCameo has become an online gathering spot for a disjointed world, a place where celebrities such as Suzyn Waldman and Pete Alonso can put a smile on their fans' faces.