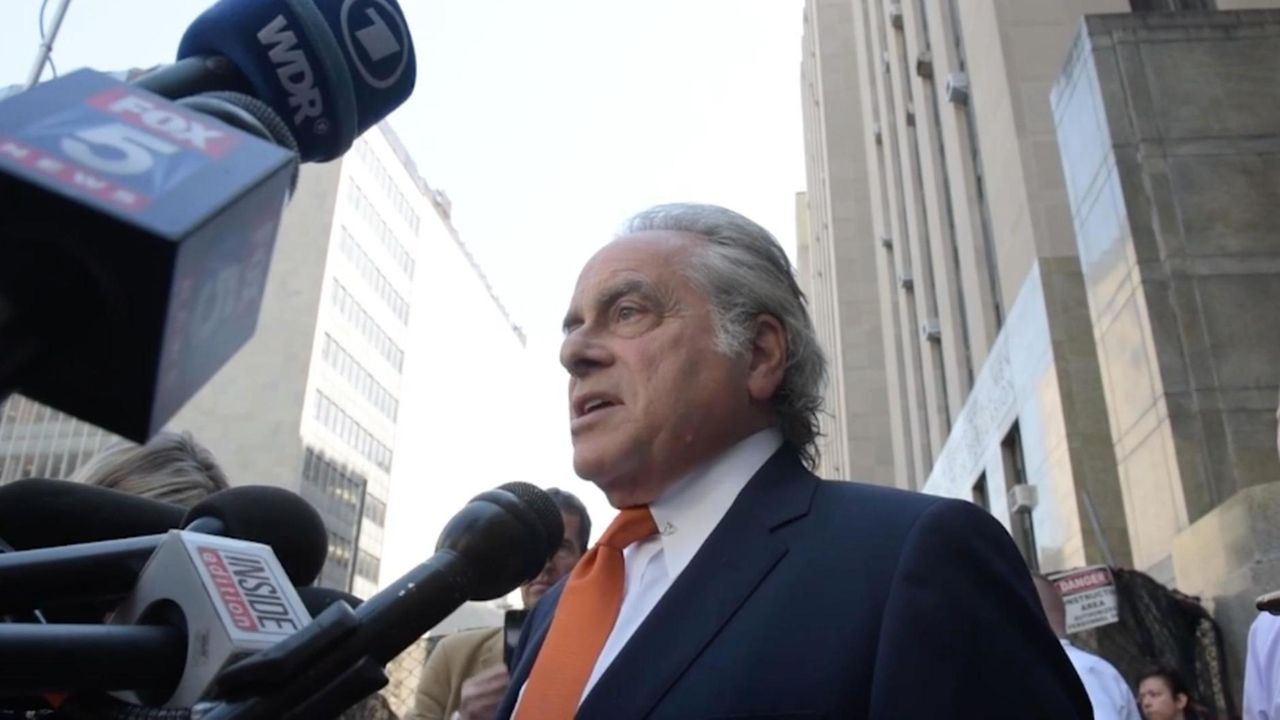 This story was reported by Anthony M. DeStefano, Mark Morales and John Riley. It was written by Riley.

Disgraced movie tycoon Harvey Weinstein was freed on $1 million cash bail Friday after being handcuffed and charged with rape and other sex crimes involving two women, opening a new chapter for a case that spawned the “#MeToo” movement and a flood of accusations against other powerful men.

During a morning appearance in Manhattan Supreme Court, Judge Kevin McGrath ordered the once-mighty film titan to wear an electronic monitoring bracelet while he awaits trial for first- and third-degree rape and a first-degree criminal sexual act, charges involving forcible abuse of women in 2013 and 2004.

“This defendant used his position, money and power to lure young women into situations where he was able to violate them sexually,” prosecutor Joan Illuzzi-Orbon said in court as Weinstein grimaced and raised his eyebrows.

The rape charges alleged that on March 18, 2013, Weinstein kept an unnamed woman “against her will” at a Lexington Avenue address, now a hotel, and “engaged in sexual intercourse . . . by forcible compulsion.” The woman had “clearly expressed her lack of consent to the act,” the criminal complaint said.

“This is an emotional moment,” said a statement from Carrie Goldberg, a lawyer for Evans, who has said she was a college student when she was attacked. “We are relieved and grateful that justice is coming, but we also mourn the cases where it didn’t.”

Ben Brafman, Weinstein’s defense lawyer, said his client “vehemently” denied the accusations and “fully expects to be exonerated,” previewing some likely themes of the defense, including the 14- and 5-year ages of the alleged incidents.

“Many of the allegations were long overdue, quite frankly, having been made about events that occurred many years ago,” he said, speaking to reporters outside court. “They were not reported to the police at the time these events occurred.”

Brafman also said Weinstein is still considering an appearance before the grand jury that will be convened to indict him. The lawyer warned, that despite a tidal wave of damning press reports about how Weinstein used his power to get sex, boorish conduct isn’t a crime.

“Mr. Weinstein did not invent the casting couch in Hollywood,” Brafman said, “and to the extent there is bad behavior in that industry, that is not what this is about. Bad behavior is not on trial in this case.”

Weinstein, 66, lost his perch atop the industry after multiple accusations of sexual misconduct from actresses such as film star Ashley Judd were first published by The New York Times and The New Yorker last fall. He was exiled from The Weinstein Company, which later collapsed, and he has faced multiple civil suits.

The accusations against the film mogul set off a cultural sea change, with a cascade of similar charges against other rich and famous men, creating the #MeToo movement and what advocates have called a long overdue “reckoning” that liberated women to speak out about abusive conduct.

The court appearance by Weinstein followed his surrender for booking at the NYPD’s 1st Precinct in front of a media mob. He looked at ease in a blue sportcoat, light blue sweater and open-neck shirt.

He was carrying an armful of books, including one about filmmaker Elia Kazan, when he went in. But he didn’t have them just more than an hour later as he was walked out, handcuffed behind his back and smiling for cameras, to a waiting black Dodge Durango for transport to court.

In court he was ordered to surrender his passport and was barred from going outside New York or Connecticut, where he has a house, without court permission. He posted the $1 million bail shortly after it was set.

Brafman said the defense might argue the charges were “constitutionally flawed.” He refused to elaborate, but legal experts said it could be a reference to a 2006 change in statute of limitations laws on sex crimes in New York that occurred after the 2004 incident.

“There is a constitutional issue which could be raised,” said University of Buffalo law professor Gary Muldoon.

Friday’s charges came after a seven-month investigation by the NYPD and Vance’s office. Weinstein is also under scrutiny by Manhattan federal prosecutors, who Brafman has confirmed are looking into financial issues as well as interstate stalking charges.

Vance has been under intense pressure to act amid criticism of his refusal to prosecute Weinstein in 2015 after model Ambra Battilana Gutierrez filed a complaint alleging that he groped her breasts, and the NYPD had her secretly tape a conversation with Weinstein that police felt corroborated her complaint.

Critics questioned Vance’s receipt of contributions from lawyers linked to Weinstein, and Gov. Andrew M. Cuomo this year asked the attorney general’s office to look into Vance’s handling of the Weinstein matter. That probe is ongoing.