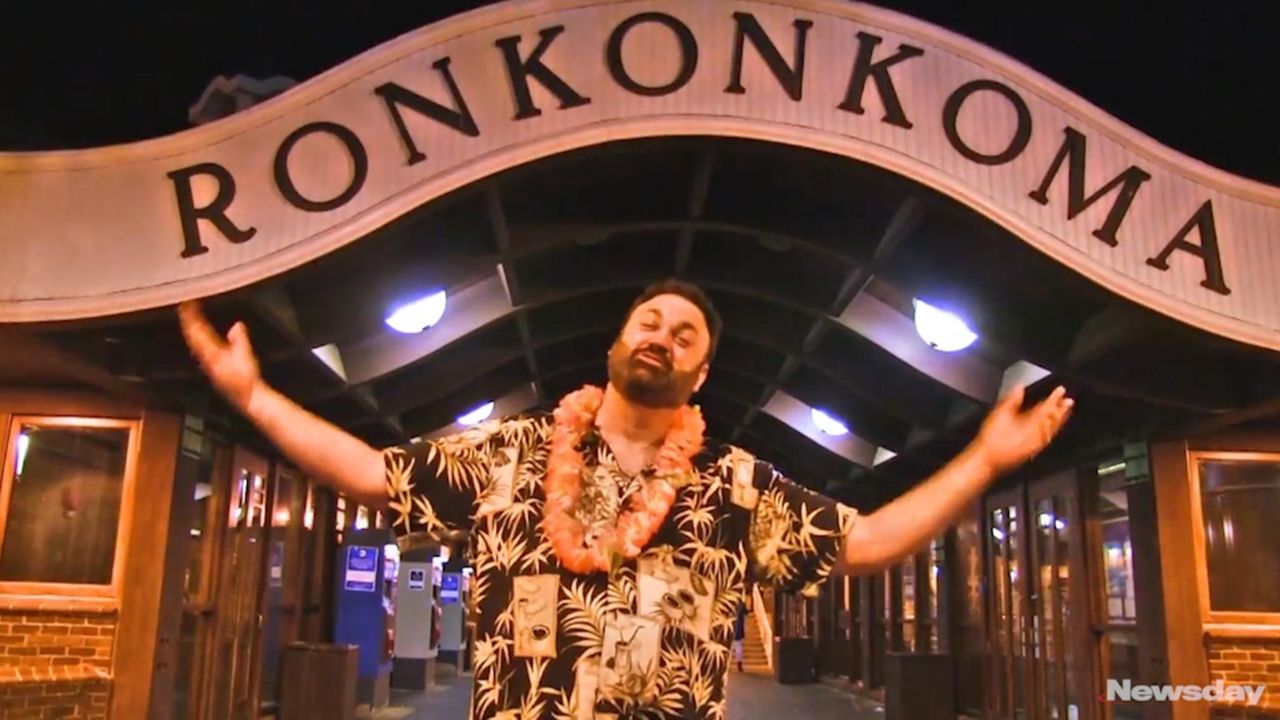 For comedian Chris Roach, the shores of Lake Ronkonkoma are as fabled as those in The Beach Boys’ 1988 hit song “Kokomo” — or nearly so.

In “Ronkokomo,” his newly released comedy music video, Roach offers what his YouTube page calls “a tribute to his hometown” and its namesake lake. But whereas Mike Love, Carl Wilson and company sang, “Aruba, Jamaica, ooh I wanna take you to / Bermuda, Bahama, come on pretty mama…,” Roach’s song takes us along the Long Island Rail Road.

“Penn Station, Jamaica, ooh I wanna take you / Mineola, then Hicksville, c’mon baby sit still,” he sings, along with references to other Long Island locales and a native’s savvy warning that, “We’ll take a train ‘cause the Expressway’s slowwwww.” One stanza is an ode to the area’s famed alcoholic-beverage catchall, the Long Island iced tea.

The video is “for anyone that ever lived [on], worked [on] or visited Long Island,” the comedian tweeted. It’s based on a long-standing routine from Roach’s stand-up act.

Roach plays the recurring role of Mott, a fellow retired cop and friend of Kevin Gable (Kevin James) on the CBS sitcom “Kevin Can Wait,” filmed at Bethpage’s Gold Coast Studios and set in Massapequa. Sometimes billed as Christopher Brian Roach, he performs at comedy clubs throughout the region, including Carolines on Broadway, in Manhattan, and the Borgata Hotel Casino & Spa in Atlantic City. Among his TV credits are appearances on series including “The Michael J. Fox Show,” “The Knick,” “Law & Order: Special Victims Unit” and “Limitless,” as well as the soap opera “One Life to Live.”

Roach’s hometown, Lake Ronkonkoma, is named for the Island’s largest freshwater lake and located largely within the Town of Brookhaven. The music video was recorded at Full Force Recording Studio in nearby Ronkonkoma.