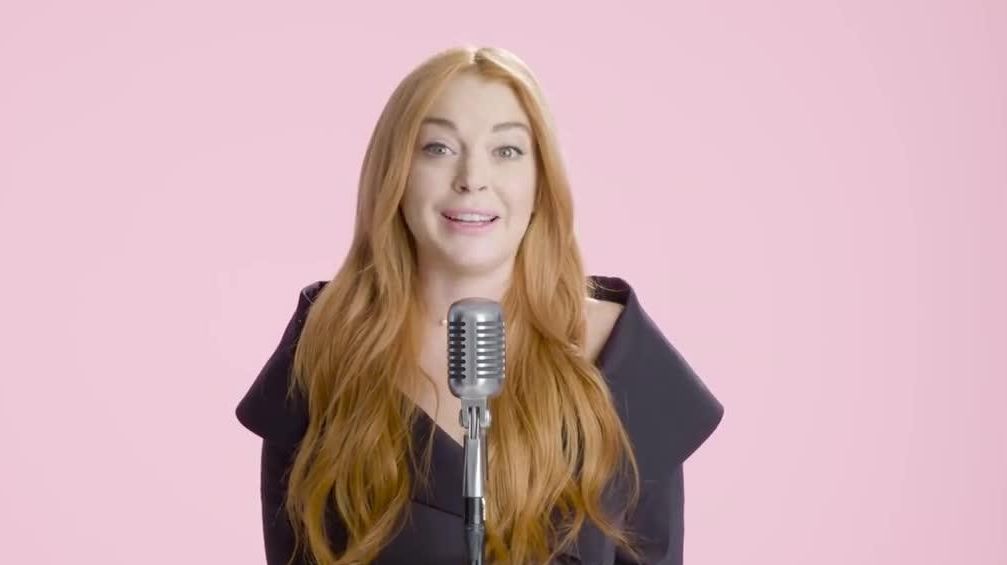 Lindsay Lohan recites eight of her favorite lines from her iconic "Mean Girls" movie in a video made as part of an interview with W magazine. Credit: W Magazine

Lindsay Lohan has offered fans of her 2004 cult-hit comedy “Mean Girls” something grool.

Indeed, “grool” — a term accidentally coined by her character Cady Heron, who explained, “I meant to say cool and then I started to say great” — ranks number one in the minute-and-a-half video “Lindsay Lohan Re-enacts Her 8 Most Favorite Mean Girls Quotes,” posted by the fashion magazine W.

Only a couple of the quotes, from Tina Fey’s script about a high school new girl and a queen-bee clique, are specifically Cady’s. A couple more are from Rachel McAdams’ Regina George, head of the haughty trio known as the Plastics. “Gretchen, stop trying to make ‘Fetch’ happen. It’s not going to happen!” says Lohan, 31, reprising Regina snapping at Gretchen Wieners (Lacey Chabert), who insists her made-up word is British slang.

Lohan in the video also adds a comically vulgar adjective to Regina’s line “That is the [expletive] ugliest skirt I’ve ever seen.”

Other selections come from Lizzy Caplan’s cool outcast Janis Ian, Dwayne Hill as Coach Carr, and Jo Chim’s clothing-store saleswoman, who snootily tells a weight-gaining Regina, “We only carry sizes 1, 3, and 5. You could try Sears.”

Lohan gives the line twice, each time slightly changing the film’s wording, lightheartedly asks an off-screen person, “Can we say something other than ‘Sears’? What’s funnier?” When told the script specifies that department store — better known for hardware and appliances than fashion — Lohan says, “Oh,” then jokes, “Damn you, Tina Fey!,” cracking up the off-screen crew.

At a holiday party in Manhattan in December, Lohan told “Entertainment Tonight” she was “game for” an original-cast sequel to the movie, which had a TV-movie sequel on ABC Family (now Freeform) in 2011. “I’m here in New York, so Tina Fey better be hiding,” she jokingly warned, “or I’m going to find her and [the film’s producer] Lorne Michaels. I know where his desk is!”

Lindsay Lohan recites eight of her favorite lines from her iconic "Mean Girls" movie in a video made as part of an interview with W magazine.

5 things we learned from Lohan in her W interviewLindsay Lohan continues her renewed visibility (don't call it a comeback tour) with a revealing interview in the new issue of W magazine.