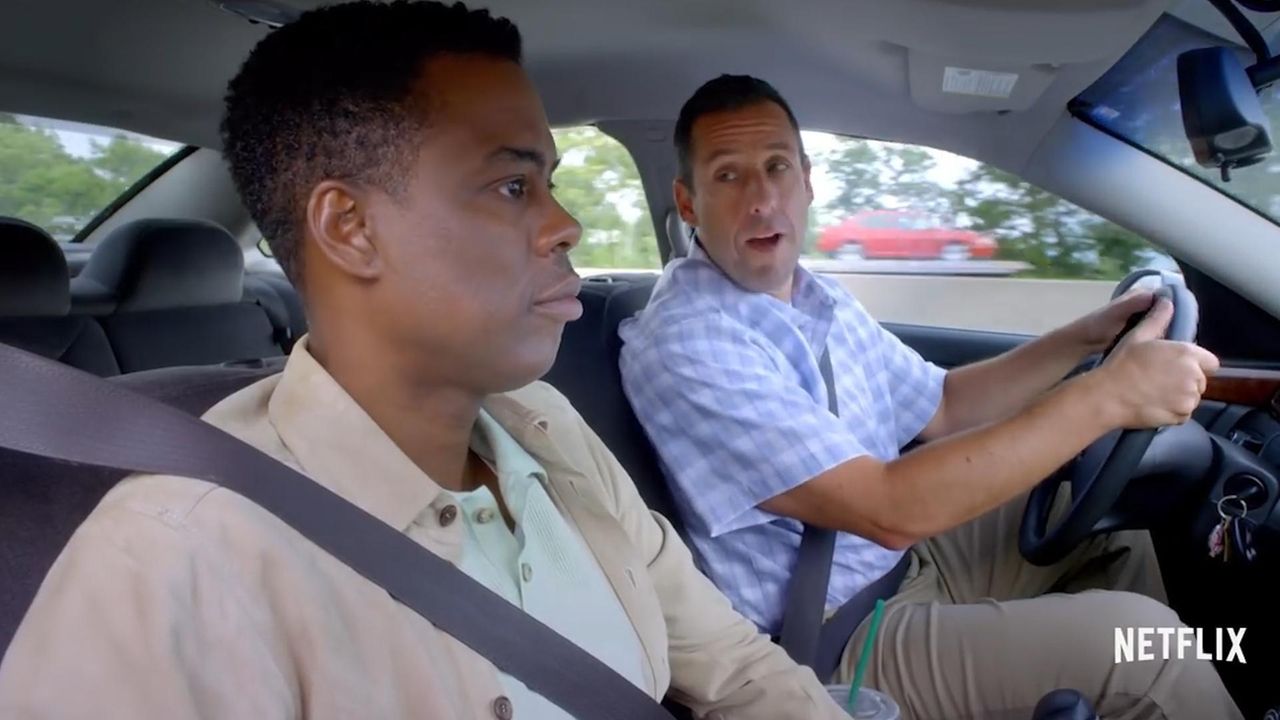 Netflix has released a trailer for "The Week Of," a comedy starring Adam Sandler and Chris Rock as fathers of a bride and groom marrying each other. Credit: Netflix

“The Week Of,” the Netflix movie starring Adam Sandler that was filmed at various Long Island locations last summer, is getting ready for its debut.

Netflix announced on Thursday that the comedy, dealing with the preparations for a wedding, will begin streaming on April 27. The first trailer, which features Sandler and Chris Rock as fathers of the bride and groom, also came out Thursday.

Among the places where the movie was shot were Carle Place, village hall in Floral Park and Temple Beth Sholom in Roslyn Heights. Sandler was also spotted on Long Island last summer playing basketball at Christopher Morley Park in Roslyn. During production, he and Rock rented homes in Sands Point.