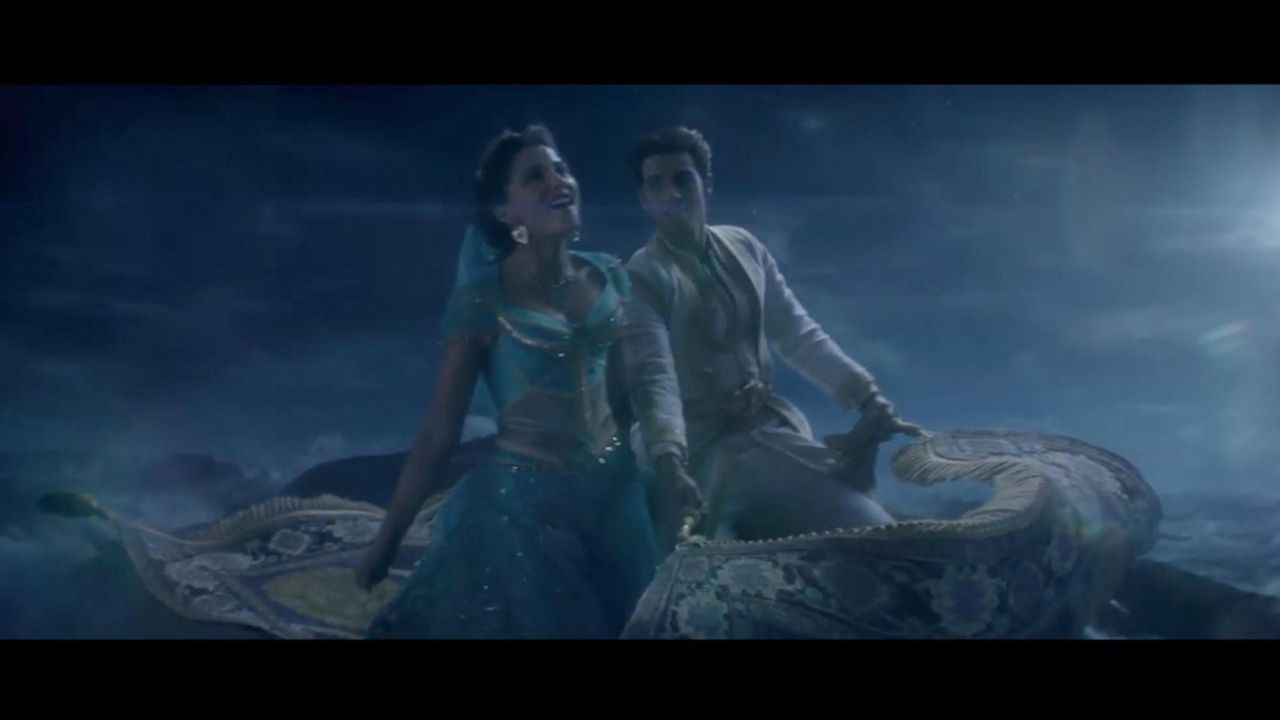 Dinsey has released the trailer for "Aladdin," starring Will Smith, which hits theaters on May 24. Credit: Walt Disney Studios

Following a teaser trailer in October and a TV spot last month, Walt Disney Studios on Tuesday released the first trailer for its upcoming live-action remake of the 1992 animated classic "Aladdin."

As in the original, good-hearted thief Aladdin (Mena Massoud) parkours his way through the fictional Middle Eastern city of Agrabah during the 8th- to 13th-century Islamic Golden Age, escaping police. He sees Princess Jasmine (Naomi Scott) as she strolls incognito through a marketplace. Later, Royal Vizier Jafar (Marwan Kenzari) tempts Aladdin with riches simply for retrieving a lamp from a "cave of wonders." And the big blue genie called Genie (Will Smith) appears with an opening joke.

The two-and-a-quarter-minute trailer goes on to emphasize the relationship between Genie and Aladdin, as Genie instructs his new master on the semantic intricacies of wishes, and informs him, as Aladdin masquerades in an attempt to woo Jasmine, "You look like a prince on the outside. But I didn't change anything on the inside."

Amid snippets of the original Howard Ashman / Alan Menken hit "Friend Like Me" and the Menken / Tim Rice "A Whole New World" comes a kinetic array of dancing, magic-carpet flying, a bound Aladdin being tossed into the sea, and a musical number with a giant Genie hand as Aladdin's marionette-master — prompting the horror-genre website Bloody Disgusting to tweet side-by-side images of that and Freddy Krueger from the "Nightmare on Elm Street" movies likewise manipulating a character. "Freddy did it first," the site snarked.

Some social-media wags had complained of the earlier TV spot that Smith's genie was the wrong shade of blue, offering sarcastic comparisons to Smurfs and to the alien people of the movie "Avatar." It was unclear if the shade had been lightened for the trailer.

Directed by Guy Ritchie and also featuring Navid Negahban as the Sultan, Nasim Pedrad as Dalia and Billy Magnussen as Prince Anders, the musical fantasy is set for release May 24.