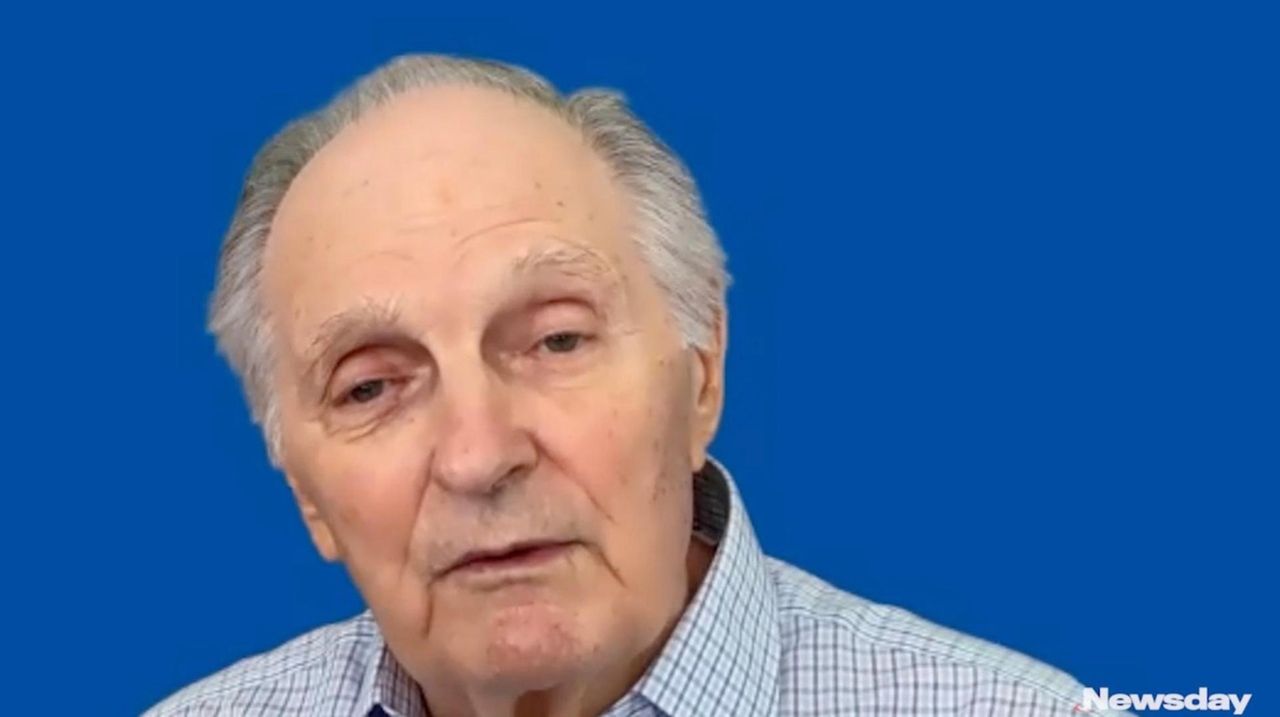 When his daughter Eve was about nine years old, Alan Alda put her at the wheel of a moving car. She wasn’t entirely on her own: Dad was sprawled on the hood with a movie camera, honing his filmmaking skills, while another adult was in the passenger seat, ready to steer if needed. When little Eve slammed on the brakes as directed, her father flew off the hood and landed perilously close to the wheels of the car.

"It’s crazy," Alda said, laughing over the story more than 50 years later. "When the camera’s turning, I don’t think anything could go wrong."

That can-do attitude has served Alda well over a career that began in the mid-1950s and shows few signs of slowing. With no formal training save for several years in improvisational theater, Alda became one of the best-known actors of his generation thanks to CBS’s "M*A*S*H*," the Korean War-themed comedy-drama that cast him as the snarky surgeon Benjamin Franklin "Hawkeye" Pierce for 11 seasons. During its run from 1972 to 1983, Alda earned several Emmys, established himself as a writer or director on scores of episodes and eventually became a producer and creative consultant for the show. A career in Hollywood ensued, with Alda serving as auteur and star of his own films and, later, a sought-after support player in others’. From 1993 to 2005, he fashioned himself into an advocate for the sciences as the host of PBS’ "Scientific American Frontiers."

This month, his two career paths are dovetailing. The Alan Alda Film Festival, featuring five titles hand-picked by the actor himself, will take place online to raise funds for the Alan Alda Center for Communicating Science, a program he helped launch at Stony Brook University in 2009 as a way to help scientists get their messages across to the lay public.

"I am a little shy about doing it," Alda, 85, said of the festival during a Zoom call from his part-time home in Water Mill on a recent Friday. He’s been the subject of tributes before, he acknowledged, but added: "The main reason I'm doing it here is because it's helping the Center."

The festival, which runs May 20-25, is a package deal: $25 buys access to all five films, each available for unlimited viewings for a 72-hour period. The films will arrive in chronological order, beginning with 1978’s "Same Time, Next Year," which cast Alda opposite Ellen Burstyn as extramarital lovers who hold annual trysts. Alda wrote and directed himself in "The Four Seasons" (1981), about three New York couples on vacation. With "Sweet Liberty" (1986), he poked gentle fun at Hollywood. "Crimes and Misdemeanors" (1989) and "The Aviator" (2004) found the actor working under two legendary directors, Woody Allen and Martin Scorsese, respectively.

Alda has pre-recorded introductions for each film in which he shares stories and memories about the production process. "The way I chose the films was, I just picked five pictures that meant something to me and that were interesting to me," Alda said. "Sweet Liberty," for instance, was filmed partly in Sag Harbor; "Crimes and Misdemeanors" he calls "one of the best movies I’ve ever seen"; and "The Four Seasons" features his daughters Beatrice and Elizabeth. (Eve, the little car-driver, is the only Alda daughter who didn’t go into acting.)

Helping put on a film festival might seem like plenty of activity for an octogenarian who is coping with Parkinson’s Disease. (Alda announced his diagnosis publicly in 2018.) Actually, Alda’s schedule is jam-packed. He currently hosts two podcasts, including the wide-ranging interview showcase "Clear and Vivid." Just days before speaking for this article, he had put in a live virtual appearance at a gala fundraising event for Stony Brook University scholarships. For fun, Alda said, he plays chess with Arlene, his wife of more than 60 years. They got the idea after watching Netflix’s acclaimed series "The Queen’s Gambit."

"Unstoppable is the word that comes to mind," Laura Lindenfeld, executive director of the Alan Alda Center, says of the actor. "I think you can feel that when you watch him in ‘M*A*S*H*’ or in his movies. He’s got a genuine sense of spontaneity that comes to life."

Alda seems happy to lend what little spare time he has to the festival, which is being organized by Alan Inkles, director of the annual Stony Brook Film Festival. Fifteen years ago, Alda made a celebrity appearance at the festival that proved fateful. Finding himself seated next to the university’s president at the time, Shirley Strum Kenny, Alda took the opportunity to pitch his idea for the Center for Communicating Science.

"I'm very grateful for them," Alda said, "because it's been an important part of this chapter of my life."