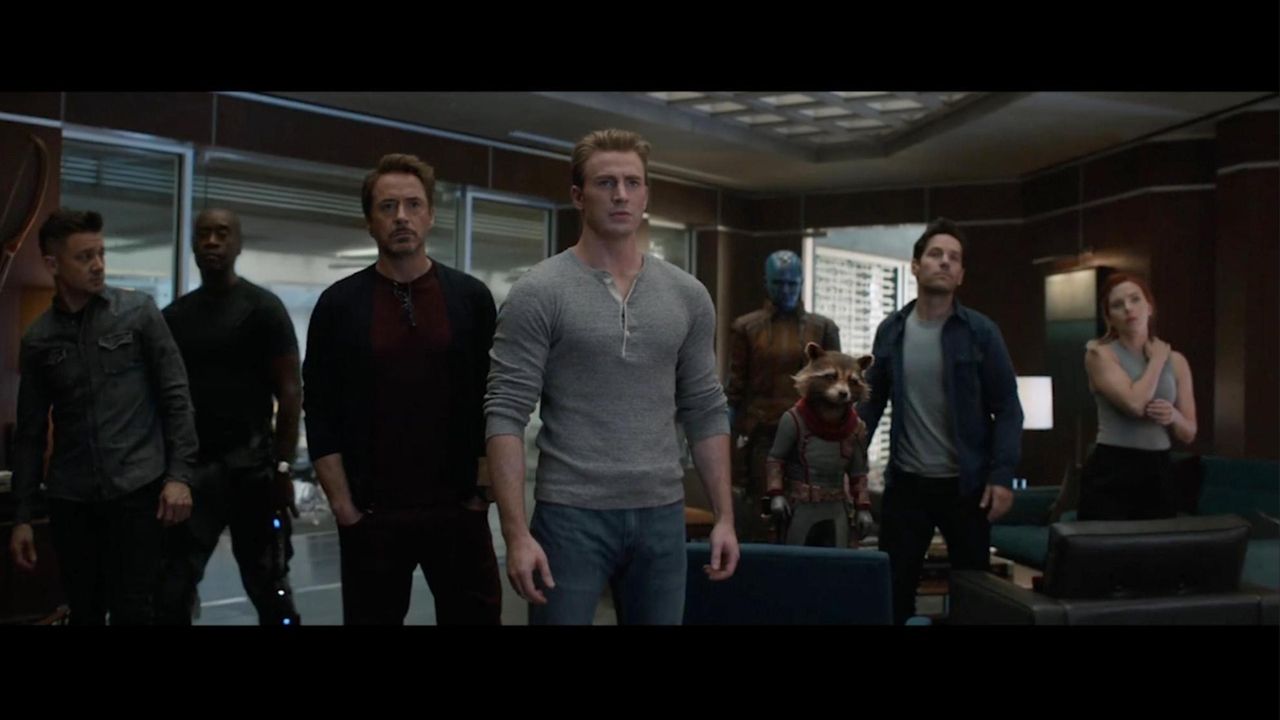 Marvel Studios has released the latest trailer for the much-anticipated "Avengers: Endgame," which is due in theaters on April 26. Credit: Marvel Entertainment

The demand for "Avengers: Endgame" tickets has crashed websites and set records, as Marvel Studios and Disney released a one-minute teaser on Tuesday to coincide with the presale.

The new spot, which includes scenes from later in the movie than did previous teasers and trailers, opens with Bruce Banner (Mark Ruffalo), cautioning his fellow Avengers about their plan to defeat Thanos (Josh Brolin), who in "Avengers: Infinity War" killed half of all life in the universe. Tony Stark (Robert Downey Jr.) reminds his compatriots, "It's not about how much we lost. It's about how much we have left." And, in what may be the spot's emotional highlight, Stark stands before the estranged Steve Rogers (Chris Evans), who had kept the details of his parents' deaths from him, and asks, "You trust me?" After a soul-searching moment, Rogers answers, "I do."

Elsewhere, the other surviving Avengers — Thor (Chris Hemsworth), Natasha Romanoff (Scarlett Johansson), Clint Barton (Jeremy Renner) and James Rhodes (Don Cheadle) — face themselves and commiserate with others, including Scott Lang (Paul Rudd) and Carol Danvers (Brie Larson), who later is seen with Rocket (voice of Bradley Cooper) copiloting a spaceship with several of the heroes. Thanos' adopted daughter Nebula (Karen Gillan) pilots another with Rhodes, as the two vessels are dwarfed by Thanos' mother ship. Momentary shots throughout include Stark and his fiancee Pepper Potts (Gwyneth Paltrow) embracing, and Stark staring at a photo of himself and the evaporated Peter Parker (Tom Holland).

"You could not live with your own failure," Thanos tells Stark on a smoldering, ruined planet, as silhouetted figures of Stark, Rogers and a third person wearing a floor-length cloak approach. "Where did that bring you?" Thanos continues. "Back to me."

In the first eight hours after tickets went on sale Tuesday at 8 a.m., Fandango broke its single-day sales record in the United States and 12 Latin American countries, the ticketing agency said. By 4 p.m. that day, it tweeted that "Avengers: Endgame” in that time had surpassed "Star Wars: The Force Awakens" as "the top-selling pre-sale title in the first 24 hours."

The theater chain AMC reported that in the first three hours of presale, its website had crashed due to demand. The site was down until about 4:30 p.m. Tuesday, and the mobile app till about 10:30 p.m.

The Regal theater chain said "Endgame" had rocketed past presales of any other Marvel movie — noting that within eight hours alone, it had "doubled all the first week sales for 'Avengers: Infinity War.' " That movie last year had broken records for domestic and worldwide opening-weekend box office, with $250 million and $630 million, respectively, on its way to a global take of $2.048 billion, according to Box Office Mojo.