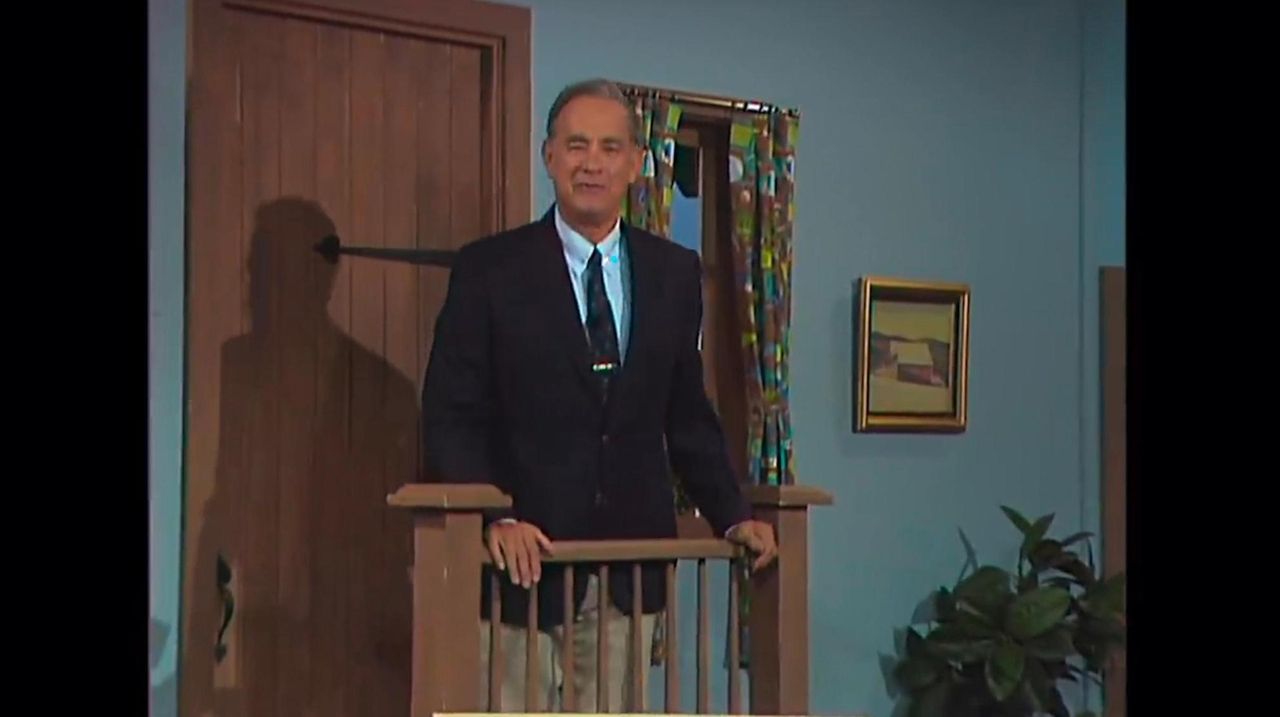 BOTTOM LINE Marielle Heller's film brims with affection for Mister Rogers, but doesn't bring us any closer to the real person behind the camera.

A pair of bushy eyebrows, a side part and a red cardigan is all it takes to transform Tom Hanks into Fred Rogers, the legendary children's television host at the center of "A Beautiful Day in the Neighborhood." In a way, Hanks has been playing the avuncular Mister Rogers in one form or another his whole career, the same way Clint Eastwood is always a cowboy and Morgan Freeman is always some version of The Lord. Has there ever been a case of more perfect casting?

If only Marielle Heller's fictionalized biopic were less concerned with the beloved, besweatered Rogers of television — the singing, puppet-handling, impossibly slow-talking host of "Mister Rogers' Neighborhood" for roughly 30 years — and more focused on the man who existed off camera. "A Beautiful Day in the Neighborhood" might have given us a revealing or at least nuanced portrait of a person who drew from his own life experiences to connect with generations of young viewers. Instead, the movie introduces a fictional journalist, Lloyd Vogel, whose fictional problems will be fixed by Rogers' wisdom. As a result, "A Beautiful Day in the Neighborhood" merely shores up our idea of Rogers as a modern-day saint — not exactly the most novel angle.

Lloyd, played by Matthew Rhys, is a version of Tom Junod, whose 1998 profile of Rogers for Esquire magazine inspired this movie. (The screenplay is by Micah Fitzerman-Blue and Noah Harpster.) Lloyd is a hard-bitten New York media elitist who reluctantly accepts an assignment to interview a man synonymous with syrupy sincerity. ("Please don't ruin my childhood," says Lloyd's wife, played by Susan Kelechi Watson). Soon, Rogers is doing the interviewing and pressing Lloyd's sorest spot — a violent anger connected to his absentee father, Jerry (Chris Cooper). Examining the writer's freshly busted nose, the result of a fistfight, Rogers asks with great meaning, "What happened to you, Lloyd?"

"A Beautiful Day in the Neighborhood" is a mix of genuinely moving moments and slightly winking artifice. The scenes involving Lloyd and his father can be affecting, but these characters are fictions; why are we learning about them instead of about Rogers?

Meanwhile, Heller's decision to frame the whole movie as an episode of Rogers' show, with miniature cityscapes in place of establishing shots and several moments of fourth wall-breaking, only reminds us that this story isn't real. Though there's proof that Rogers had an uncanny gift for speaking the right words at the right time (see Morgan Neville's documentary from last year, "Won't You Be My Neighbor?"), it begins to feel contrived here.

“What’s it like being married to a saint?” Lloyd asks Joanne Rogers (Maryann Plunkett). She doesn’t like the word — it overlooks the flaws and failings that made her husband such a remarkable person. In other words, it’s an outsider’s view. And despite this movie’s good intentions, that’s the view we get.