Michael Keaton is the star of "Birdman," but is he, in fact, Birdman? The actor who last portrayed Batman in 1992 plays Riggan Thomson, an actor who last portrayed a superhero named Birdman in 1992. Hmmm. Unlike Riggan, however, Keaton isn't desperately trying to turn a Raymond Carver story into a Broadway play. Nor does he possess -- as far as we know -- telekinetic powers that may be delusions manufactured by an overstressed mind.

That off-kilter combination of fact and fiction runs throughout this dizzyingly clever movie, whose full title is "Birdman (or the Unexpected Virtue of Ignorance)." Full of strange references, self-reflexive jokes and a cast of actors playing actors, it's a maze of mirrors that shifts under your feet like a theme park ride. You could spend the whole time trying to maintain your balance, but the best approach is to simply enjoy the ride.

Shot and edited into what looks like one continuous take spanning several days and a few hallucinations, "Birdman" follows Riggan's attempt to find truth and meaning in an illusion-driven profession. Alternately helping and hindering him are his recovering-addict daughter, Sam (Emma Stone); his fairly stable lead actress, Lesley (Naomi Watts), and volatile co-star, Mike Shiner (Edward Norton); and his menschy manager, Jake (Zach Galifianakis). Also bouncing between dressing rooms are his ex-wife and new girlfriend, played by Amy Ryan and a venomously funny Andrea Riseborough, respectively.

Alejandro G. Iñárritu, known for portentous dramas like "21 Grams" and "Babel," co-wrote "Birdman" (with Rockville Centre's Alexander Dinelaris Jr., among others) and directs it with turbo-thrust energy. Slapstick and one-liners share space with lines so poetic -- many shared by Stone and Norton in some truly moving scenes -- that you barely have time to react. The score, composed and bashed out almost entirely by the jazz drummer Antonio Sanchez, provides comic rimshots and jittery energy. Keaton, our guide throughout, is marvelous: funny, wounded, pathetic and heroic all at once. Like no other movie this year, "Birdman" is an absolute blast. 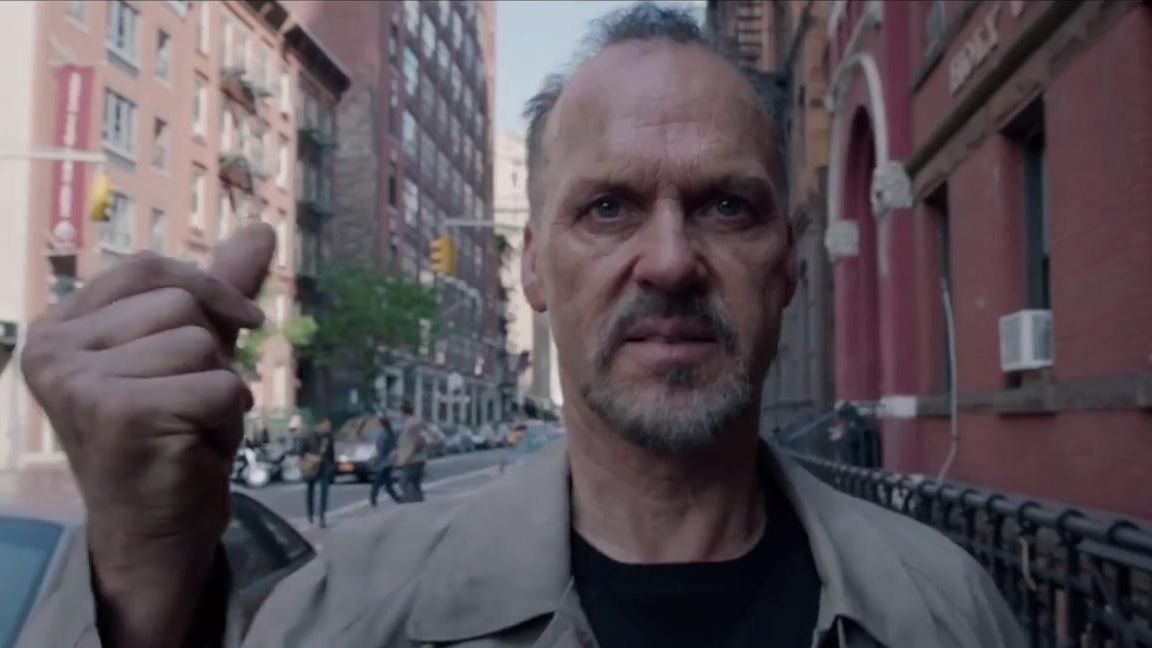 'Birdman' teaser trailer "Birdman" is a black comedy the tells the story of an actor (Michael Keaton), famous for playing an iconic superhero, as he struggles to mount a Broadway play. (Credit: Fox Searchlight)

PLOT A movie-star who once played an iconic superhero tries to make a comeback on Broadway.

BOTTOM LINE Keaton's terrific, off-kilter performance is just one of several in this dizzying, high-energy movie. A must-see.

1:00
Billy Joel starred in a 1980s sitcom? He does in this alternate reality
HBO leads GLAAD Media Awards for LGBTQ representation
'Harder They Fall,' 'Insecure,' H.E.R. nab NAACP award noms
LI's Kilmeade to host Saturday-night show on Fox News
1:00
What if Billy Joel starred in an '80s sitcom?
'The Gilded Age': Fantasy, not a history lesson
Didn’t find what you were looking for?