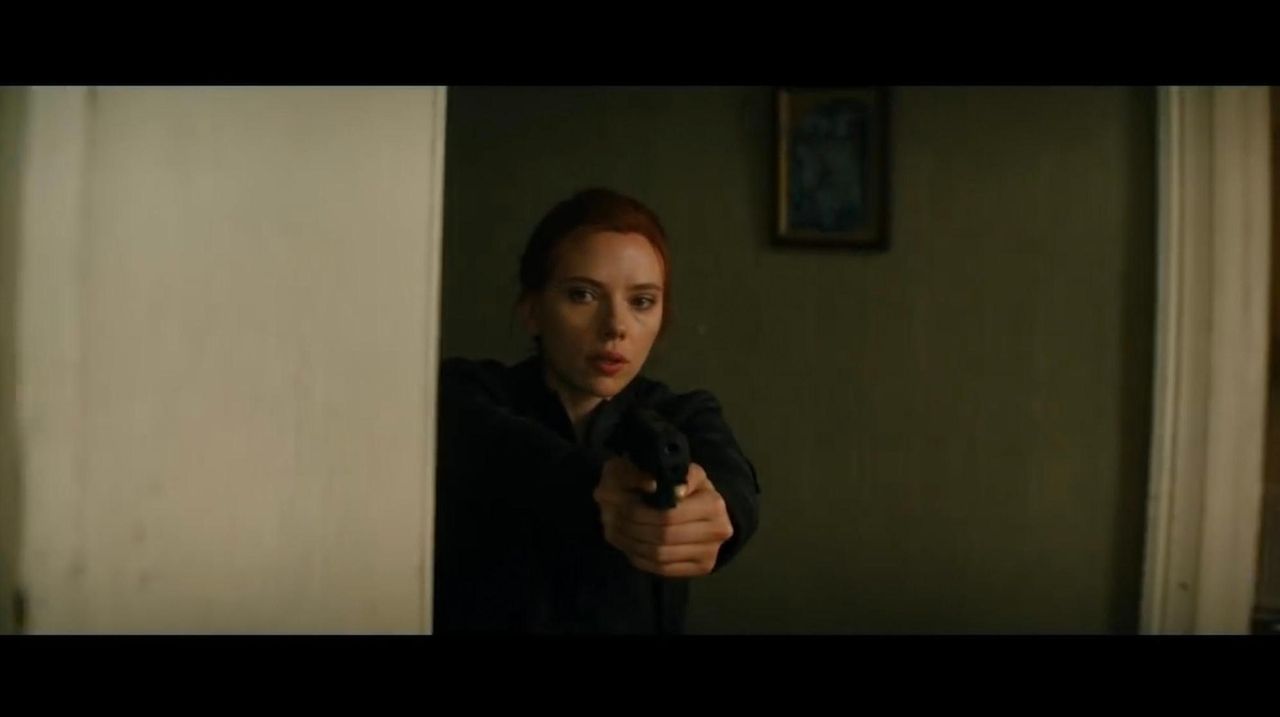 Marvel has released the first trailer for the long-awaited feature film about the mysterious heroine of the Marvel movie universe, played by Scarlett Johansson. Credit: Marvel Entertainment

Set after the events of "Captain America: Civil War” (2016) and before she sacrificed her life in this year's "Avengers: Endgame," the movie finds Natasha Romanoff/Black Widow in Budapest, where she has gone to resolve an issue seemingly involving a tragic operation mentioned in both "Civil War" and "The Avengers" (2012).

"I heard you had to leave in a hurry," U.S. Secretary of State Thaddeus Ross (William Hurt) says in voice-over. "It's never easy these days," Natasha responds. "So what are you going to do?" asks Ross. "I've lived a lot of lives," Natasha answers, flipping through a stack of fake-identity cards. "But I'm done running from my past."

Her voyage home takes Natasha to an apartment where she confronts a fellow Black Widow, Yelena (Florence Pugh) — besting her in hand-to-hand combat and then saying, "It's good to see you, too, Sis." They later sit at a dinner table with dour Melina Vostokoff (Rachel Weisz) and exuberant Alexei Shostakov aka Red Guardian (David Harbour), who says proudly, "Family. Back together again" — to which Yelena rolls her eyes and Melina tells him with comfortable familiarity, "You got fat."

Interspersed are action scenes that include a parade of ominous vehicles rushing through a rural dirt road, and of a blond-haired man in a suit surrounded by mercenaries or paramilitary and a tractor trailer with Varga and Company, Maritime Supply, emblazoned across it in Hungarian. Elsewhere, wearing high-tech black armor and a face-covering helmet, riding a tank through city streets, a man fires an arrow and later fights Red Guardian. And Natasha and Yelena together attack what appears to be a Siberian compound of armed soldiers.

The 2-minute, 8-second teaser trailer, which went up at 3:01 a.m., had amassed more than 11 million YouTube views and nearly 13 million Twitter views as of 5 p.m.

Directed by Cate Shortland and also starring O.T. Fagbenle as a fixer named Mason, "Black Widow" is set to open May 1, inaugurating Phase Four of the Marvel Cinematic Universe.