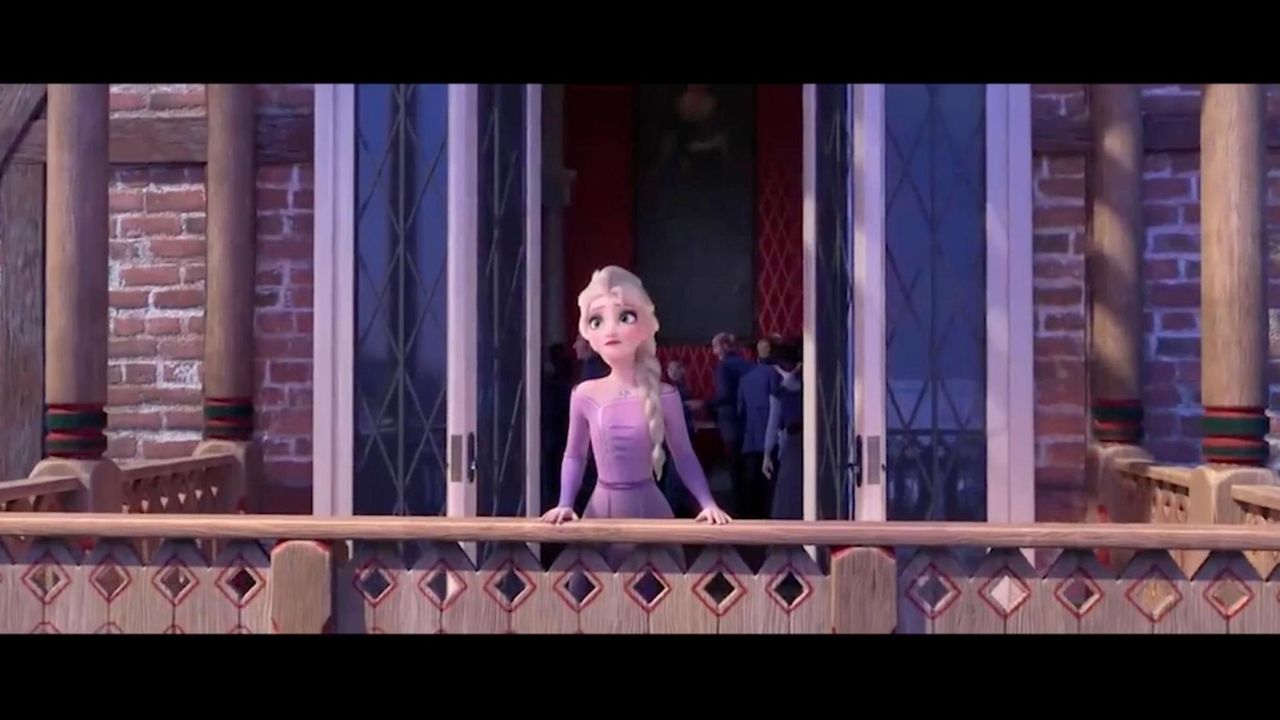 A text graphic in the second full trailer for "Frozen II," released Monday reads, "Let go … of the past." Yet as in the trailer released in June, the past is present as Queen Elsa finds herself compelled to seek the origin of her icy magic.

The 2-minute, 20-second trailer opens in flashback with King Agnarr telling a bedtime story to young Anna and Elsa. "Far away, as North as we can go, once stood an enchanted forest. It was a magical place," he tells them, ambiguous as to whether he is being figurative or literal. "But something went wrong," he continues, as a flashback-within-a-flashback shows purple fire and an all-encompassing mist. "Since then, no one can get in or out."

In the present, Anna worries Elsa is acting strangely. Elsa confesses she hears a mysterious voice. Then after the same purple fire plunges the queendom of Arendelle into blackout and powerful winds force its evacuation, the kindly rock troll Pabbie says Elsa must "find who is calling to you. They may have answers."

Anna insists on joining the quest. When Elsa says no, her sister protests by encapsulating the previous movie: "I climbed the North Mountains, survived a frozen heart and saved you from my ex-boyfriend," the murderous Prince Hans. "So, y'know, I'm coming."

Joined by ice purveyor Kristoff, reindeer Sven and little snowman Olaf, they reach the magical mist, which parts for them. Inside are soldiers whose leader, Mattias, asks what is the source of Elsa's magic. Elsa does not know but evidently tries to find out — leading Pabbie to warn Anna of magic's addictive nature. In a partial reprise of the June trailer, Elsa sees an underwater horse spirit — and now we find her riding it along a shore. Also, giant rock monsters hurl boulders and we meet the puppy-like salamander Bruni.

"Why was Elsa born with magical powers?" the Disney YouTube channel asks.