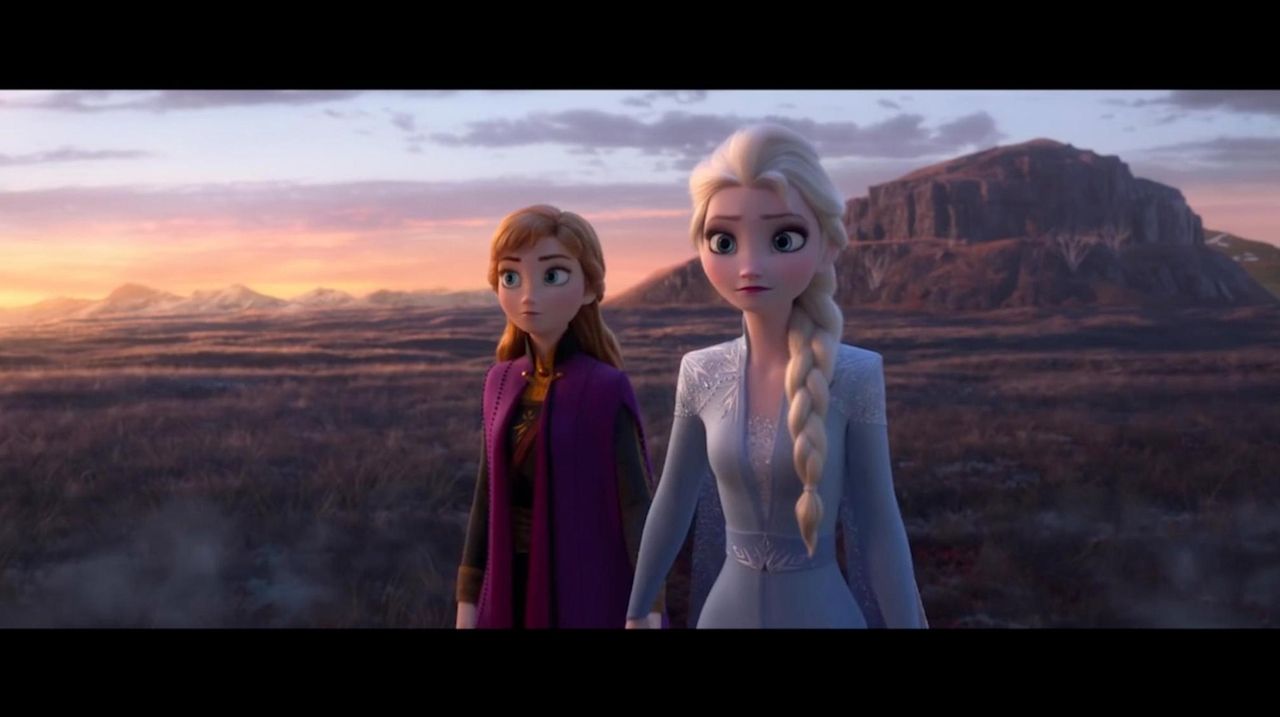 Following the teaser trailer released in February, the first formal trailer for what Disney has officially titled "Frozen II" finds the kindly troll ruler Pabbie sending sisters Anna and Elsa, the enchanted Snow Queen, on a journey to learn why Elsa was born with magical powers.

Released Tuesday, the trailer for the sequel to the 2013 animated hit briefly reprises the teaser scene of Elsa being thrown into a raging ocean while trying to dash over frozen waves. In the new trailer we see how close Elsa comes to drowning — and that in her swim toward the surface through inky waters, she sees or perhaps hallucinates a horse that suddenly dissipates into air bubbles.

Next, a herd of rock trolls roll like bowling balls toward Anna's beau Kristoff, and Pabbie reveals himself to the siblings. "The past is not what it seems," he says, as the trailer intercuts a shot of Elsa being confounded by a leaping horse made of light, and then similar giant, rocklike figures dissolving into leaves.

"Go North, across the enchanted lands and into the unknown," he continues, as we see Kristoff driving a wagon with Elsa, Anna and the magical snowman Olaf, pulled by reindeer Sven, on a trek across a tundra and into autumnal woods. Later, Anna and Olaf in a canoe plummet down a waterfall. Mystical pink fire races across a forest floor. And Pabbie tells Anna, "We have always feared Elsa's powers were too much for this world. Now we must hope they are enough."

Finally, in what looks like a Southwestern desert, Anna and Elsa walk hand-in-hand, accompanied by their friends, through parting fog and into a collection of Stonehenge-like neoliths.

Disney announced in March 2015 it was producing a sequel to the nearly $1.28 billion blockbuster that also spawned the Oscar-winning song "Let It Go."