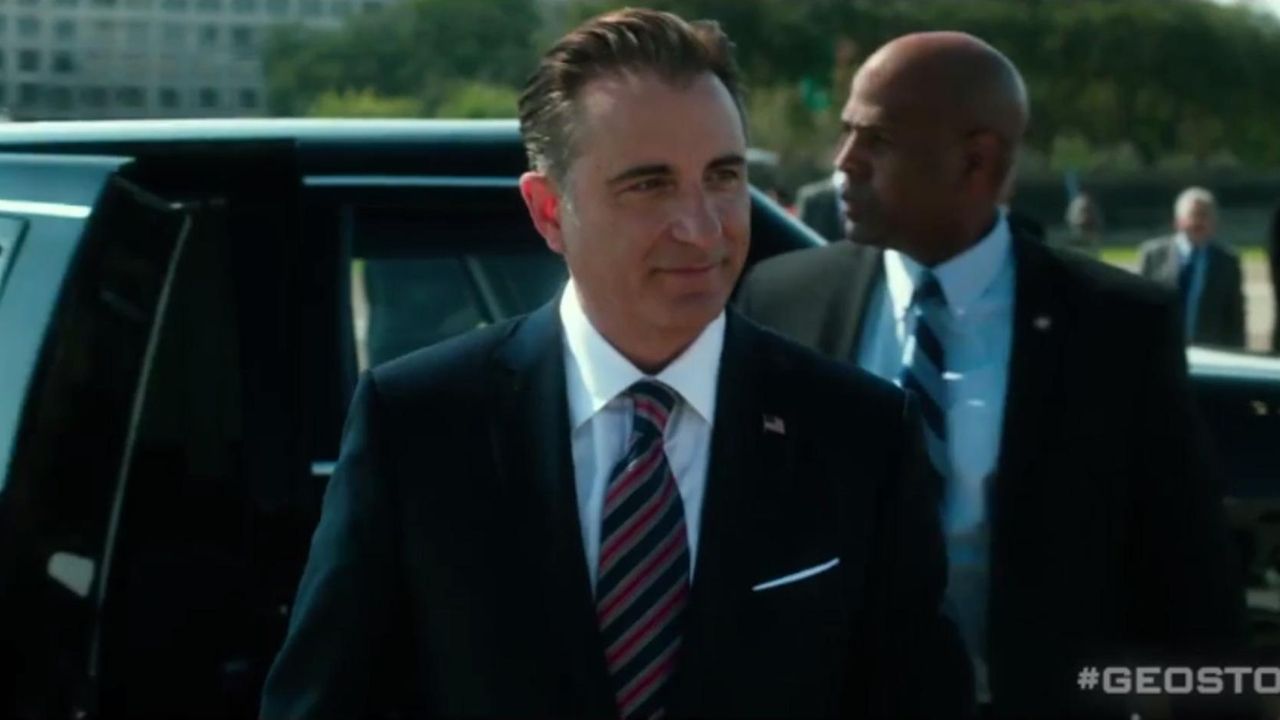 After an unprecedented series of natural disasters threatens the planet, the world's leaders come together to create an intricate network of satellites to control the global climate and keep everyone safe. Starring Gerard Butler. In theaters Friday, Oct. 20, 2017. Credit: Warner Bros. Pictures

PLOT In the near future, a global weather-control system goes haywire.

“Everyone was warned, but no one listened,” says the tween-age narrator of “Geostorm,” a natural-disaster spectacle directed and co-written by Dean Devlin. According to this young Cassandra, by 2019 there had been so many hurricanes, tornadoes and heat waves that the problem of climate change could no longer be ignored. The solution? A giant weather-controlling framework that encases the Earth like a see-through geodesic dome.

You were expecting maybe another round of Paris accords? “Geostorm” doesn’t operate in the real world; in fact, it barely manages to operate in its own preposterous world. Though it beats the drum of a currently hot topic — climate change — it doesn’t attempt to say anything interesting about the subject or even have much fun with the kooky scenario it has created. Though filled with expensive-looking, CGI-enhanced scenes of various citizens running from the wrath of Mother Nature, “Geostorm” doesn’t muster up a single believable moment.

For starters, there’s the casting of Gerard Butler as Jake Lawson, the brilliant inventor behind the weather-network known as Dutchboy (because it metaphorically stuck a finger in a leaking dam). Butler, a burly Scot, has been a convincing Spartan (“300”), secret service agent (“Olympus Has Fallen”) and even sportscaster (“The Ugly Truth”), but he doesn’t cut it as an Elon Musk-type visionary. Revisiting his space station after a long absence, Lawson inspects it for dirt, cracked seals and wobbly parts. “You hear that hum?” he says, as if the entire thing were an old VW bug.

While Jake pokes around the space station, authoritatively adjusting doohickies and thingamabobs, his brother Max (Jim Sturgess) discovers that someone high up in the U.S. government is sabotaging the space station. Conveniently, Max is dating secret service agent Sarah Wilson (Abbie Cornish), who at the right moment just happens to be standing next to President Andrew Palma (Andy Garcia). Can our heroes find the villain, figure out the computer codes and plug the hoo-hah into the gee-gaw before the self-destruct clock runs out?

Devlin, who also wrote “Independence Day” and “Godzilla,” makes his directorial debut with “Geostorm,” which seems like a pale imitation of the genre he helped create. It ends with the return of our young narrator, who could be summing up just about every movie ever made: “As long as all of us remember that we share the future, we will survive.”