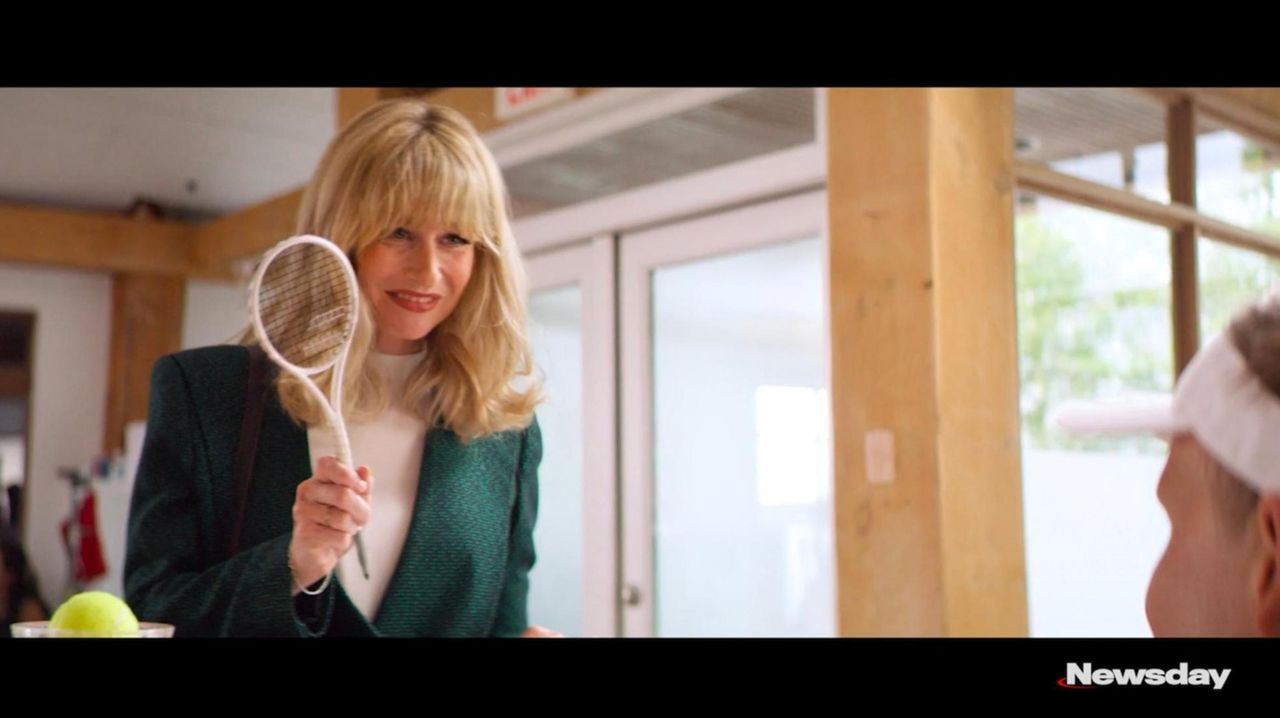 Gina O'Brien, a Huntington-based filmmaker, has created a new tennis comedy, "First One In," which is now on Amazon.

Many years ago when her children were little, Gina O’Brien began taking lessons at Huntington Indoor Tennis. A former journalist turned stay-at-home mom, O’Brien made friends with several other women of varying ages and backgrounds and became part of a small, tennis-based community. As her new friendships developed, O’Brien began thinking she might have the raw material for a screenplay.

"We just ended up having a really good time with each other," O’Brien said. "There’s always a lot of laughs, so I thought, this is ripe for comedy. What a fun indie film this would make. And that’s exactly what I set out to do."

The result is "First One In," the story of a misfit group of women who take on a team of tennis aces in a prestigious neighborhood competition. Now streaming on Amazon Prime Video, "First One In" marks O’Brien’s third produced screenplay, following "Once More With Feeling" (directed by Plainview’s Jeff Lipsky) and "Fan Girl" (directed by Paul Jarrett). It’s also her directing debut. For O’Brien, 56, it’s the latest and biggest step along a path she never expected to take.

Born in Queens but raised in Massapequa, O’Brien spent most of her career as a journalist, mainly as a staff writer for the magazine Travel Agent. "That’s probably one of the best jobs I ever had," O’Brien said. It ended in the mid-1990s when she married and became pregnant with her first child. "I thought, ‘I can’t really be hopping on planes and going around the world,’ " she said. "I know there are women who can do it all, but I just couldn’t."

Meanwhile, her husband, Ed Carroll, rose through the ranks of the cable industry and eventually became chief operating officer of AMC Networks, helping develop such hit shows as "Mad Men," "Breaking Bad" and "The Walking Dead." Given her husband’s high profile in the entertainment industry, O’Brien says she prefers to use her maiden name for her film credits.

"I just wouldn’t want people to think — and he doesn’t want anyone to think — that I am doing what I’m able to do because of his position," she said. A portion of her movie’s seven-figure budget came from personal income, O’Brien said, while the rest was put up by private investors.

COVID-19 made it difficult to have a big premiere party with cast and crew, but O’Brien was determined to have some sort of celebration. About two weeks before "First One In" debuted on Amazon, she rented a blowup screen, set it up outside her house and screened the film to a live audience for the first time.

"I was really thrilled, because I hadn’t seen it with a crowd of people," O’Brien said. "That was a great feeling."