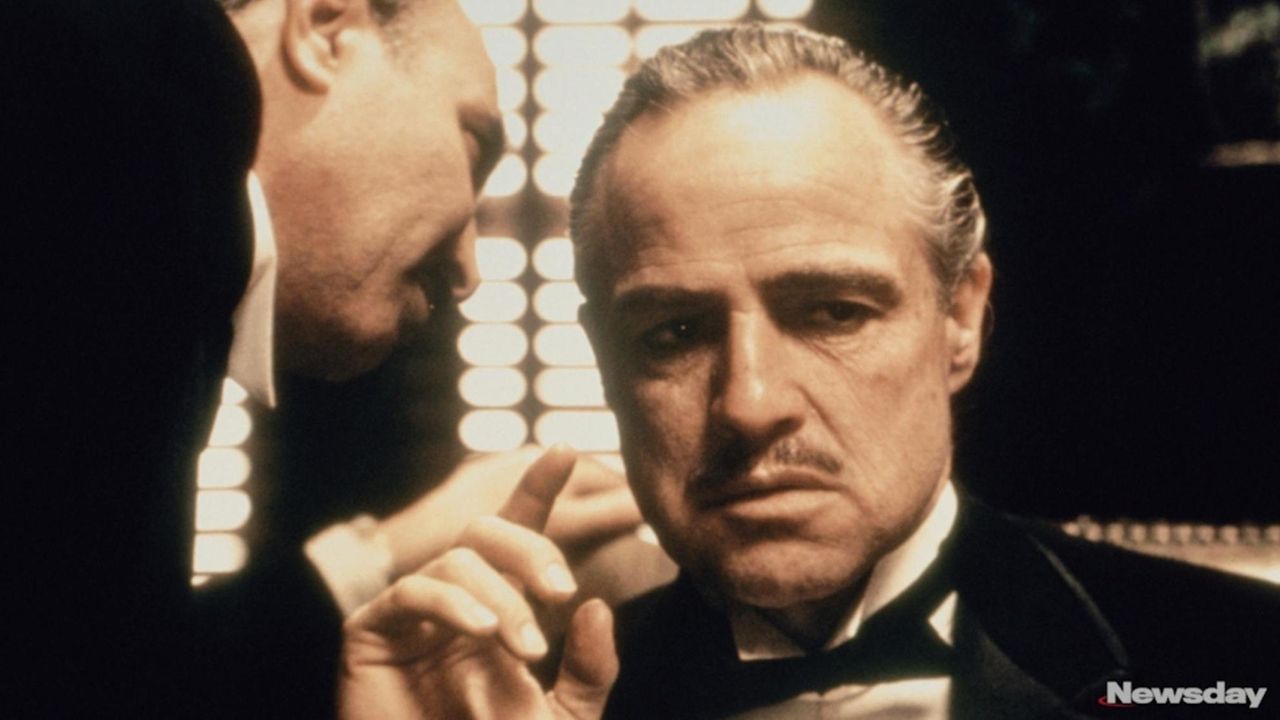 "The Godfather" put Long Island on the screen in a way few other films have and though many filming locations have changed dramatically, you can still relive the drama of the famous mobster flick at Falaise in Sands Point.

“The Godfather” on Tuesday, March 27, celebrates the 45th anniversary of its triumph at the 1973 Academy Awards, when it went in with 11 nominations and emerged with three wins, including best picture, best actor for Marlon Brando and adapted screenplay for director Francis Ford Coppola and his collaborator, novelist Mario Puzo.

It was an unusual ceremony, partly because it arrived on the early side (April was the norm back then) and partly because things didn’t exactly go as planned. In an unprecedented move, Brando boycotted the event to protest the ongoing siege of Wounded Knee, part of an American Indian reservation, and sent Sacheen Littlefeather, a woman of Apache ancestry, to refuse his award. (The Academy later passed a rule forbidding winners to send proxies in their stead.) Compared to that shocker, other potentially embarrassing glitches — such as best-picture presenter Clint Eastwood chastising a stagehand for turning over the cue cards too slowly — were easily glossed over.

For Long Islanders, though, that Oscar night marked one of the biggest cultural moments for the region since F. Scott Fitzgerald set “The Great Gatsby” on the North Shore.

For starters, Coppola was a bona fide local, having moved with his family from Queens to Long Island while still a toddler. He attended Great Neck High School (now Great Neck North High School) and graduated from Hofstra University before heading to California to become a filmmaker.

The novel he chose to adapt for his cinematic masterpiece also had a basis in Long Island: Its central family, the Corleones, kept their headquarters in Long Beach. As for Puzo, by the time of the Academy Awards the author had moved to Bay Shore, where he would remain until his death in 1999 at the age of 78.

“The Godfather” also put Long Island on the screen in a way few other movies have. One of its most famous scenes, in which an arrogant movie producer wakes up in bed next to the severed head of his favorite horse, was filmed at Falaise, the Sands Point mansion built by Harry Guggenheim (whose third wife, Alicia Patterson, founded Newsday). Another oft-cited scene in the movie, the bullet-riddled death of Sonny Corleone (James Caan) at a toll both, was filmed at Mitchel Field, the decommissioned Air Force base near Uniondale.

Its hard to think of Long Island getting a more high-profile moment at the Academy Awards — although Stony Brook University graduate Mark Bridges, riding a Jet Ski across the stage after winning this year’s Oscar for best costume design for “Phantom Thread,” comes fairly close.

'Titanic,' more of Newsday's archived movie reviewsFrom the 1997 premiere of "Titanic," dating back to the 1960 release of "Psycho," here ... 60 movies that have filmed on Long IslandLong Island has shared the silver screen in some memorable films, including "Goodfellas," "Cruel Intentions," "Citizen Kane" and more. We're famous! Long Island in pop cultureFrom "Meet the Parents" and "Everybody Loves Raymond" to your favorite Billy Joel lyrics and ... Our critic's top movies of all time countdownFollow along as we count down our critic's favorite films of all time.