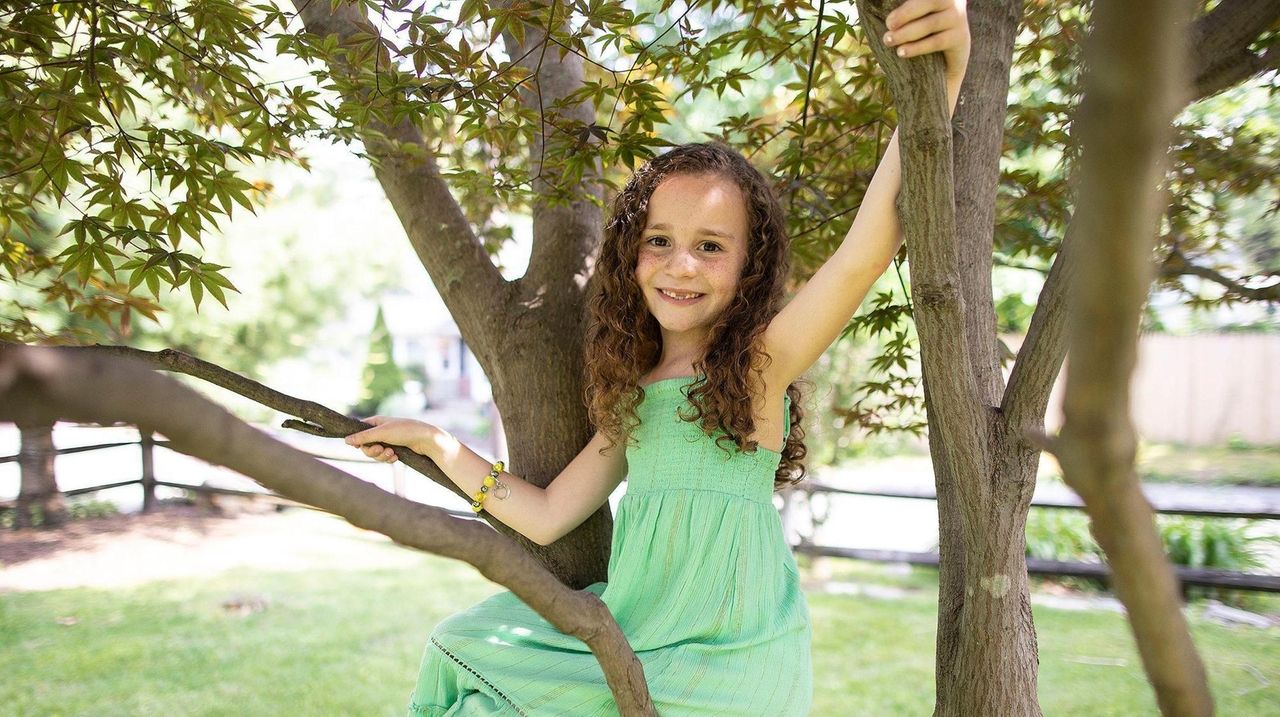 When aspiring actress Alexis Rae Forlenza went on her first professional audition last year, she wasn’t expecting much. The part: a supporting role as a sassy Staten Islander in a big-studio comedy. Alexis felt she nailed it — “They said I was really funny,” she says — but as any actress knows, that’s no guarantee of landing the job. She went back home and forgot all about it.

To her surprise, the casting director called back quickly: Could Alexis meet with the film’s director and star?

That was last April. Now, Alexis, a 7-year-old from the Huntington area, can be seen in “The King of Staten Island,” a new Judd Apatow comedy starring Pete Davidson that arrived on demand this past Friday. Inspired by Davidson’s own back story, the movie follows an aimless, pot-smoking young man named Scott Carlin (Davidson) who can’t move past the death of his father, a Staten Island firefighter. The cast includes Marisa Tomei as Scott’s mother and Bill Burr as Ray Bishop, another firefighter who takes Scott under his wing. In her film debut, Alexis plays one of Ray’s two children, who warm to Scott despite his anti-social personality.

“Alexis wasn’t signed at the time and she didn’t even know if she wanted to do this professionally,” says the actress’ mother, Allison Forlenza. “She just went to try it out.”

Alexis’ character, Kelly, is a sweet-faced little girl with a sardonic streak. Alexis herself has long, ringleted hair and a gaptoothed smile, and she peppers her conversation with a verbal shrug — “Ehh” — like a native New Yorker. Was she nervous before the audition? “Ehh.” How is she enjoying virtual school during the current pandemic? “Ehh.”

Alexis caught the acting bug from her older brother, 11-year-old Landon Forlenza, already a seasoned performer. Tagging along on some of his auditions, Alexis says, “I thought about it, and I was interested in what he was doing. And then I decided I wanted to do that, too.” She performed alongside her brother in last year’s stage production of “Miracle on 34th Street” at The Argyle Theatre in Babylon Village.

Alexis describes filming “The King of Staten Island," which was shot almost entirely on location last summer, as a combination of work, fun and long stretches of idleness. When she wasn’t acting, she was sitting in a trailer watching episodes of “Full House,” or chatting over lunch with other cast members. She enjoyed working with Davidson, though she says “Ehh” of his many tattoos, and she’s proud that one of her ad-libbed lines made it into the film. (“Why would I die?” she says after one of Davidson’s many strange remarks.)

For all her sudden success, Alexis says acting isn’t really her first love. “I want to be a singer when I grow up,” she says, citing Taylor Swift and Arianna Grande as two of her favorite musicians. “I really like singing. And when I’m at home during quarantine, I’ll ask my mom, ‘Can we do karaoke? I have nothing else to do.'"