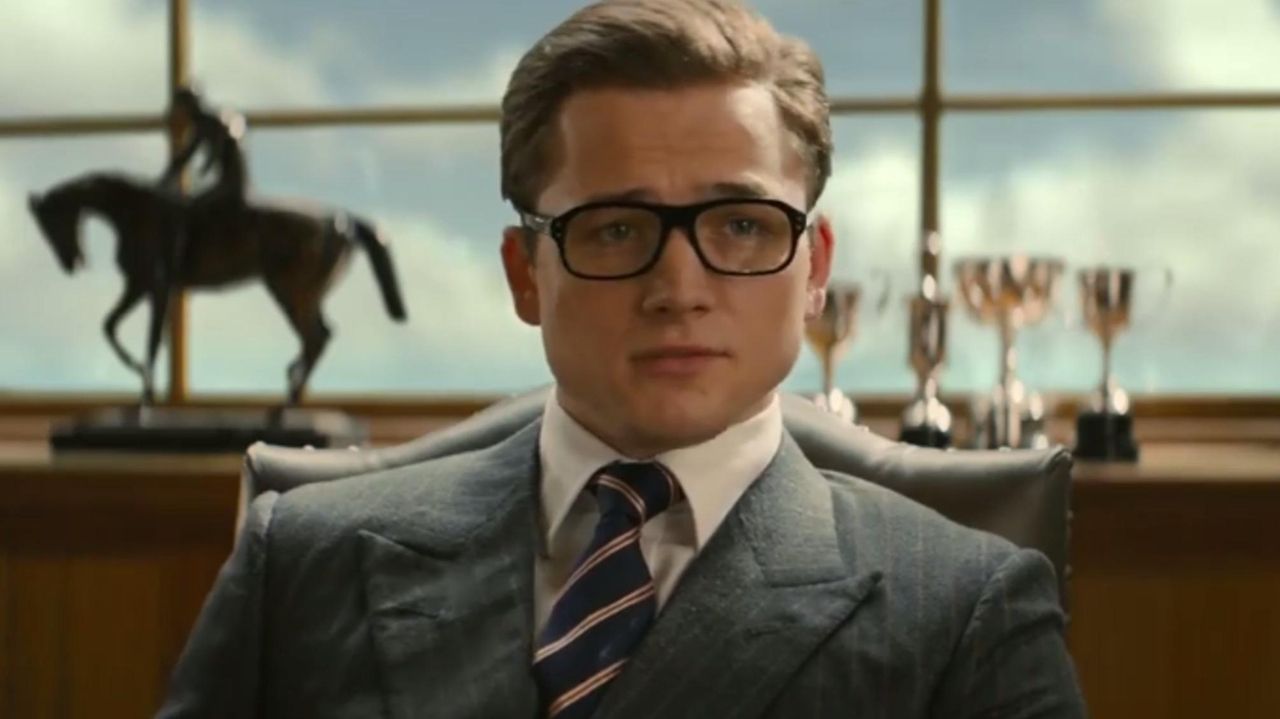 PLOT A British spy teams with his American counterparts to foil a sinister drug dealer.

BOTTOM LINE Fans of the 2014 hit might be disappointed by this sluggish and slightly distasteful sequel.

One of the guiltiest pleasures of 2014 was “Kingsman: The Secret Service,” an R-rated spy spoof from British director Matthew Vaughn. Based on the cult comic books, “Kingsman” starred Taron Egerton as Eggsy, a London roughneck who joins a group of impeccably dressed spies. The movie was stylish, funny and unpredictable, though slightly juvenile and gratuitously violent. There was much to recommend, and a few things to forgive.

Vaughn’s sequel, “Kingsman: The Golden Circle,” has some of the original’s creative touches and another solid cast — Colin Firth and Mark Strong both reprise their original roles — but it doesn’t have the same wild energy. In trying to maintain its edgy R rating, and also build upon its “universe,” the movie seems to have lost its nothing-to-lose attitude. This time, what’s meant to seem outrageous feels merely obvious. Worse, what’s meant to seem wacky comes off as kind of icky.

A sense of unease begins with the opening car chase, a sluggish sequence whose gadgets — bulletproof doors, missiles, a submarine vehicle — aren’t exactly novel. Worries grow when we meet the film’s villain, Poppy Adams, who runs a drug ring called the Golden Circle. Played by Julianne Moore with a toothy smile and a glint in her eye, Poppy is a perversion of a 1950s housewife, but the film pushes the conceit too far: Even by “Kingsman” standards, Poppy’s habit of making cheeseburgers out of ground human is a bit queasy-making.

The film’s central shtick, in which Eggsy (Egerton) teams up with his rootin’, tootin’, tobacco-spittin’ American counterparts, the Statesmen, doesn’t work — not as a corny joke, and not as an action-movie concept. The agent code-named Whiskey (Pedro Pascal, Netflix’s “Narcos”) twirls an electrified lasso, which seems embarrassingly unoriginal in this post-“Wonder Woman” moment. Channing Tatum and Halle Berry (as Tequila and Ginger Ale, respectively) may be on the movie’s posters, but their roles are tiny.

Things pick up when Poppy’s sinister plan to legalize drugs runs afoul of a politician’s even more sinister plan to kill all drug users. It’s an amusing commentary, but beyond the scope of this movie. Overall, this “Kingsman” provides more guilt than pleasure.

“Kingsman: The Secret Service” had the golden touch at the box office in 2015, so a sequel was inevitable. With “Kingsman: The Golden Circle” now playing, it brings to mind some other “Golden” movies.

GOLDEN BOY (1939) In his first lead, William Holden played a violinist turned boxer who falls for his manager’s girlfriend (Barbara Stanwyck). Holden, who was almost fired from the film, was grateful to Stanwyck for urging the studio to keep him on.

ON GOLDEN POND (1981) Henry Fonda and Katharine Hepburn won Oscars (his first, her fourth) in this heart-tugger about a summer vacation in which they deal with their estranged daughter (Jane Fonda) and her fiance’s son. The hat worn by Fonda, a gift from Hepburn, had belonged to Spencer Tracy.

GOLDENEYE (1995) Pierce Brosnan made his 007 debut in this adventure that found the suave spy trying to prevent a nuclear space weapon from being hijacked. Judi Dench appeared for the first time as M, the head of MI6.

THE GOLDEN COMPASS (2007) The title object, which is given to a girl (Dakota Blue Richards) seeking to rescue a kidnapped friend, has the ability to unlock the truth. Nicole Kidman and Daniel Craig added star power, the Arctic setting provided chills.

Billy Joel starred in a 1980s sitcom? He does in this alternate reality
High-end LI brokers showcased on 'Selling the Hamptons'
Jon Stewart to receive Mark Twain lifetime award for comedy
'As We See It': The best new series so far of 2022
Alex Trebek's 'Jeopardy' pick Laura Coates turned down as guest host
'How I Met Your Father': The shaggy-dog story returns
Didn’t find what you were looking for?