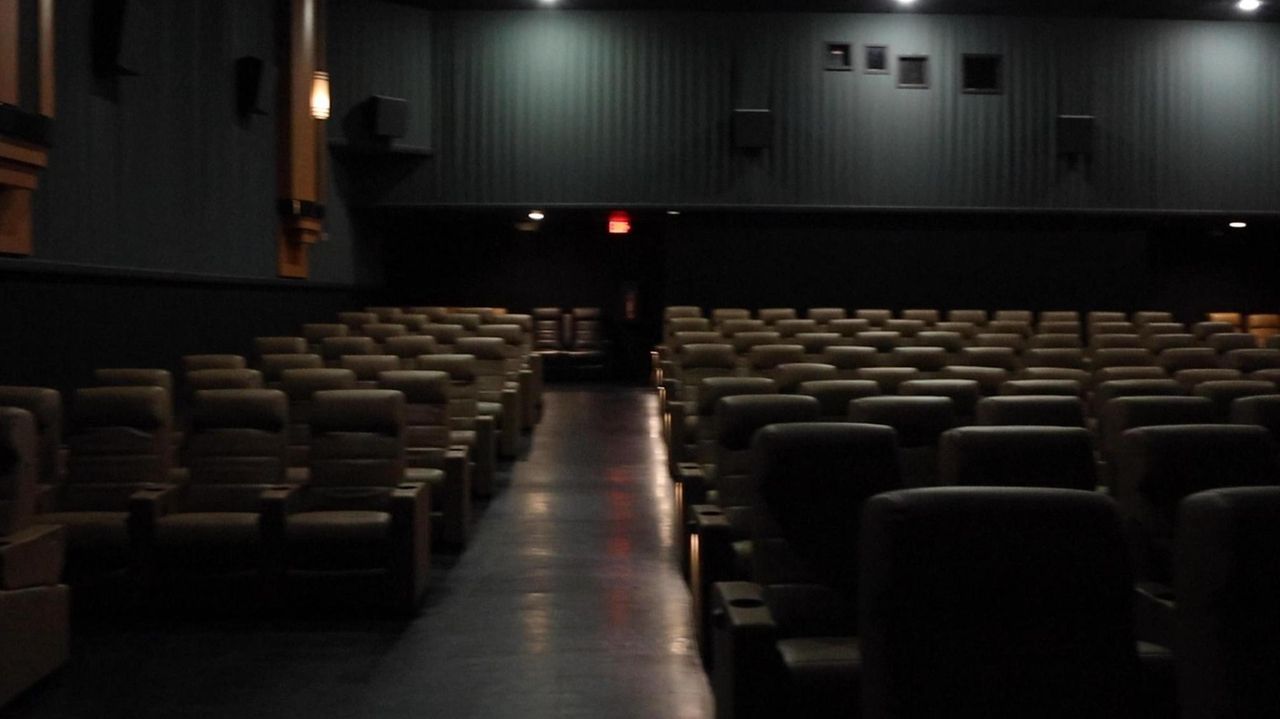 As movie theaters around the country reopen this week, those in New York will remain closed. Newsday's Faith Jessie with the story of a theater in Bellmore anxious to reopen. Credit: Howard Schnapp

For the first time in her life, theater owner Anne Stampfel, 60, is collecting unemployment. During the past five months of the pandemic, she and her husband, Henry, have seen virtually no income from their two shuttered theaters, the Bellmore Movies and Showcase and the Malverne Cinema and Art Center, but they’re still paying rent and at least $1,200 per month in utilities. And while other businesses have been given the green light to reopen under Gov. Andrew M. Cuomo’s phased plan, movie theaters are still waiting their turn.

“I do feel abandoned,” Stampfel said. “When he said we just weren’t a priority, that was a real kick in the stomach.”

With bowling alleys, museums and even gymnasiums all opened or scheduled to open, Long Island’s independent cinemas say they’re being left behind. Owners feel theater have been unfairly painted as unsafe for the public even though they’re working to install new safety equipment and establish health protocols. They also feel abandoned by Hollywood, which has shut down its pipeline of movies, leaving them with little to play even when a reopening does come.

“The guy at the bagel store asked me, ‘When are you going to reopen?’” said Phil Solomon, owner of PJ Cinemas in Port Jefferson. “I said, at least you can make your own bagels. It’s bad enough I can’t open, but once I do, I can’t make my own movies.”

Cuomo said this week that reopening movie theaters “should be next,” but it’s a complicated equation.

“It is how essential is the business, how dangerous is the business,” Cuomo said. “Movie theaters, I think, are next. They're congregate. They have a centralized ventilation system. People by definition are not moving around. You're in close proximity to another person for a prolonged period of time.”

Dylan Skolnick, co-director of Huntington’s Cinema Arts Centre, begs to differ. “This idea that we’re so uniquely dangerous is not correct,” he said. He pointed to churches, where people tend to sing, and gymnasiums, where people sweat and breathe heavily. “Movies involve people sitting quietly,” he said. (The Cinema Arts Centre is not opening anytime soon; a current renovation process will keep it closed for another two months, according to Skonlick.)

The National Association of Theatre Owners on Friday announced a set of health and safety guidelines based on research from the Centers for Disease Control and Prevention and other health organizations. The voluntary guidelines include comprehensive mask policies and recommendations for reduced capacity screenings, air filtration optimization, cashless concessions, enhanced cleaning policies and employee health training about the signs and symptoms of COVID-19.

“In this new pandemic world, moviegoers need to know that there is a consistent, science and experience-based set of health and safety protocols in place no matter what theater they visit,” said John Fithian, the association's president and CEO, in a statement.

The organization’s local chapter was joined by state legislators and other officials in Albany earlier this week to call for theaters to safely reopen. For some, though, it’s too late. The Franklin Square Cinemas has reportedly closed for good.

“Henry and I had a rainy-day fund, but it’s been pouring and we went through it already,” Anne Stampfel said. She added, “On the one hand, I don’t want to put anyone at risk. On the other hand, I have to make a living.”