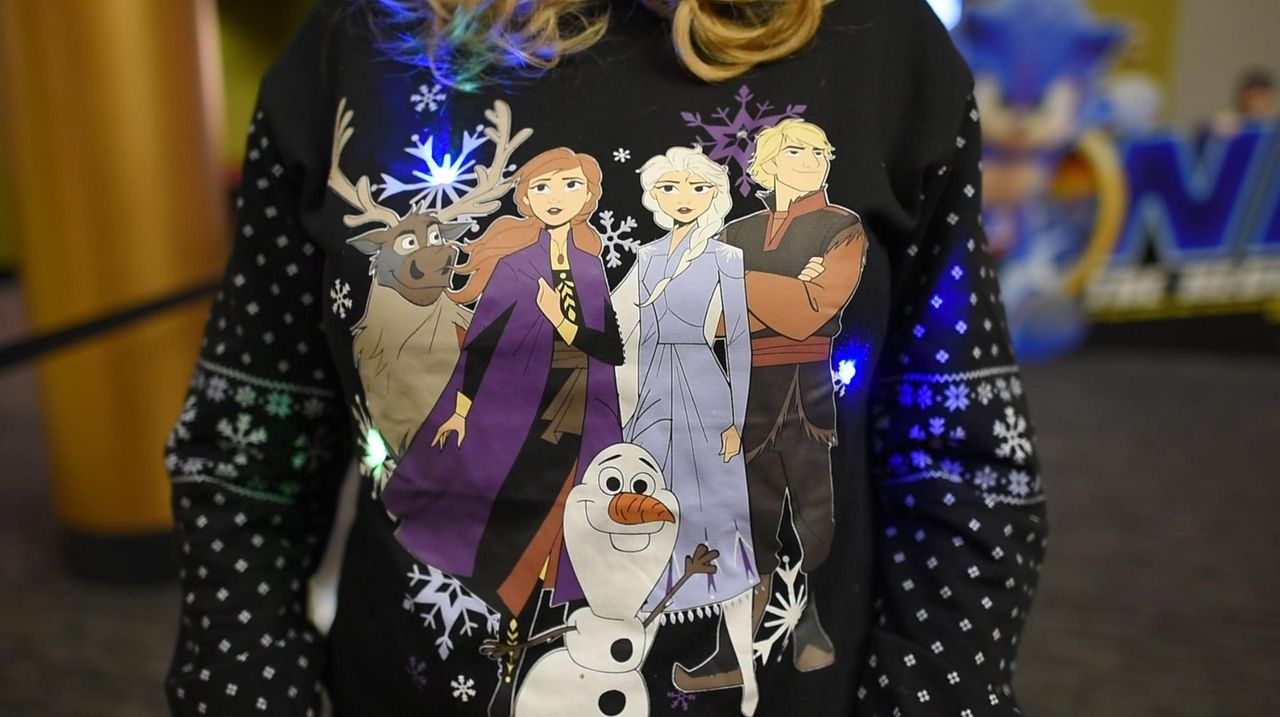 Step aside, Queen Elsa and Princess Anna. You've been dethroned — by a snowman.

Olaf steals the show in "Frozen II," according to theatergoers who watched the movie debut at the Showcase Cinema De Lux Farmingdale on Thursday night. The animated film officially opens Friday.

"I have a new favorite character," said Lily Defendini, 11, a fifth-grader from Farmingdale who says she was formerly Team Elsa. "He made me laugh so much in this movie. I think this movie was much more funny, and it had much more magic."

In addition to falling more in love with the kooky Olaf, who is voiced by Josh Gad, kids and adults alike said they loved the entire sequel. It's been six years since "Frozen" snowballed into a worldwide phenomenon, creating a blizzard of accompanying merchandise.

Carol Ann O'Donnell, 57, an elementary school teacher from Massapequa, came to the show Thursday in a shirt with characters on the front; when she pressed a button the snowflakes lit up. And spoiler alert: We'll likely soon be seeing plenty of toy replicas of Bruni, the adorable little blue creature who plays the nature element of fire, a new character in "Frozen II."

In the first animated movie, Elsa’s powers went haywire, plunging the kingdom of Arendelle into an arctic freeze. The Walt Disney Studios Motion Pictures film won an Oscar for the Best Original Song for Elsa’s rendition of “Let It Go,” sung by Syosset native Idina Menzel, and another Academy Award for Best Animated Film.

In “Frozen II,” Elsa and Anna are lured far from Arendelle and Elsa masters her magic, using her power in an attempt to save her kingdom and an enchanted forest. (But no pressure.) The dynamic duo is again joined by the lovesick Kristoff the mountain man, his empathetic reindeer Sven and Olaf. And which song might be stuck in your head after this movie? "Into the Unknown," predicts Georgia Kraft, 7, of Melville. It's also belted out by Menzel's Elsa.

Obviously, theaters are preparing for an onslaught — the Farmingdale cinema, for instance, had 10 showings between 6 p.m. and 9:45 p.m. Thursday night.

"It definitely lived up to the hype," said Juan Flores, 30, a computer science student from West Islip who watched with his wife, Kelly, 29, and their daughters, Lily, 3, and Aurora, 2.

Naomi Luke, 10, of Farmingdale, and her sister, Nathalia, 6, were among the viewers. Naomi said she relates to Elsa and Anna's sisterly bond. There's just one catch: "I don't have magic powers like Elsa does," she said wistfully.

PBS' 'Arthur' to end after its next season
New 'Exorcist' will have Ellen Burstyn, but not Linda Blair
LeVar Burton: 'Jeopardy!' host gig began 'scary,' ended fun
Jackie Mason, comic who perfected amused outrage, dies at 93
'Gunpowder Milkshake': Flawed, but fun action movie
7:31
'The Buzz': Victoria Konefal talks about 'Days of Our Lives'
Didn’t find what you were looking for?