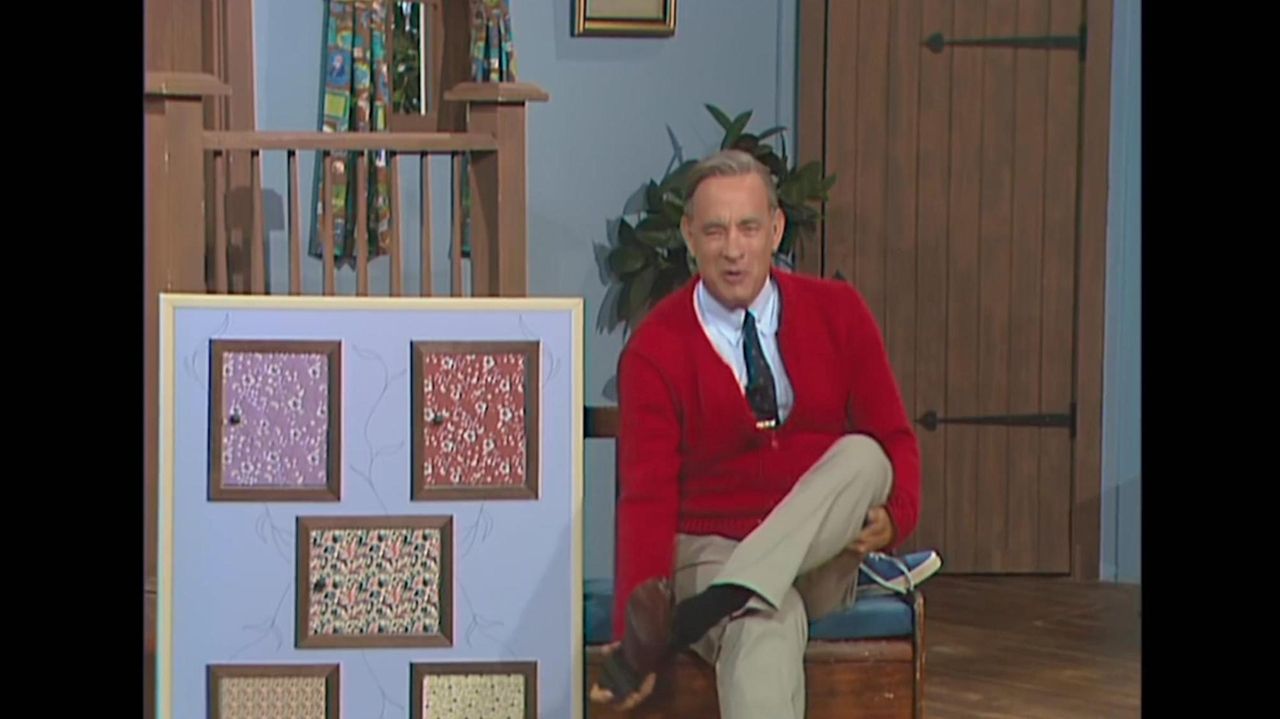 The first trailer for "A Beautiful Day in the Neighborhood" arrived Monday morning, offering viewers a chance to see just how well Tom Hanks will fit the role of Fred Rogers, the legendary children's television host.

The verdict: right down to his Sperry sneakers.

Sony's trailer for the film sets up a fictionalized version of a true story, in which a cynical journalist named Lloyd Vogel (Matthew Rhys, in a role based on magazine writer Tom Junod) interviews the host of "Mister Rogers' Neighborhood," the long-running PBS series. "Please don't ruin my childhood," says Vogel's wife, played by Susan Kelechi Watson ("This Is Us") — and indeed, the reporter's heart appears to melt as he delves deeper into Rogers' childlike world. Though the trailer is short on plot details, it's long on nostalgia, featuring appearances of such Rogers mainstays as the puppet Daniel Striped Tiger and the upbeat letter carrier Mr. McFeely.

"A Beautiful Day in the Neighborhood" is based on an article by Junod and directed by Marielle Heller, whose previous film, "Can You Ever Forgive Me?," was nominated for three Oscars. It arrives just a year after "Won't You Be My Neighbor?," Morgan Neville's acclaimed documentary on Rogers, who died in 2003 at age 74. The release date is Nov. 22.