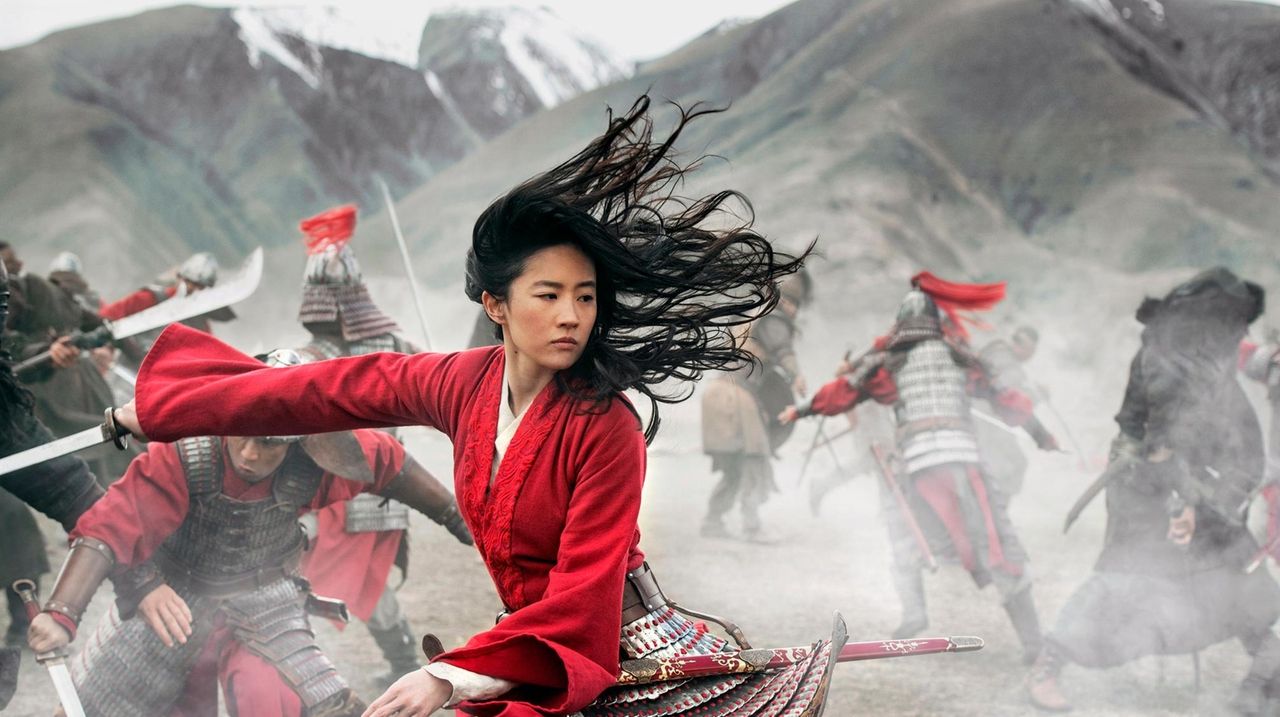 The highly anticipated Disney film "Mulan" will finally be available to viewers, who subscribe to Disney+ on Sept. 4, but you'll have to shell out an extra $30 to catch it at home. Credit: Walt Disney Studios

Rashawn Dennis, a mixed martial arts instructor in Rockville Centre, isn’t embarrassed to admit he loves Disney movies. A subscriber to Disney+, Dennis suspected the streaming service would end up screening “Mulan,” the studio’s big-budget action-fantasy. And when he heard about the premium price of $29.95, Dennis said he didn't think twice about paying.

“This is one of the most anticipated movies of the summer,” said Dennis, 35, who plans to watch “Mulan” with his wife, their two girls and possibly a batch of home-baked brownies when the movie premieres on Sept. 4. “Not only do I get to share my childhood with my kids,” he said, “but for $30 I get to make it into a creative experience.”

A live-action remake of the 1998 animated film, “Mulan” was scheduled for theatrical release March 27, then moved to July 24, but those dates came and went as the COVID-19 pandemic shut down movie theaters across the country. More than five months later, with many theaters still dark and major studios delaying their big releases, Disney is moving “Mulan” to its Disney+ streaming service, which normally costs $6.99. The question is whether audiences will pay the extra $30 to watch it.

Kevin Sun, a Disney+ subscriber in Great Neck, says he doesn’t blame Disney for charging extra — and anyway, $30 is cheaper than what it would cost to take his family of four to a multiplex, he reasoned. “They lost the revenue from the theaters,” Sun said. “They needed to generate enough revenue to cover the cost. It’s understandable.” (The price of "Mulan" also includes unlimited viewings.)

For Mariana Turturro, a stay-at-home mother of two boys in Hicksville, watching “Mulan” will be a chance to revisit one of her favorite movies. “I was very excited when I heard they were doing a live-action remake,” said Turturro, 42, adding that she was crestfallen when the theatrical release was postponed. And while she assumes Disney Plus will eventually bundle “Mulan” onto its service without the premium charge, Turturro simply couldn’t wait.

Shifting “Mulan” to streaming marks a bold move by Disney. Hollywood studios typically spend millions of dollars on their big tentpole movies, and millions more to advertise them. Putting them in theaters is seen as crucial to making a profit. Even during the pandemic, studios have chosen to postpone some of their biggest blockbusters into next year (including “F9” and “Top Gun: Maverick”) rather than send them straight to streaming. The prestige and pizzazz of a big-screen theatrical release was so important to Warner Bros.’ “Tenet,” directed by Christopher Nolan, that the studio is releasing it domestically Sept. 4 even though theaters in Los Angeles and New York City remain closed.

“Studios are having to make really monumental decisions about these films,” says Paul Dergarabedian, senior media analyst at comScore. “The marketplace dynamics are like we’ve never seen before. So every studio, on a case-by-case basis, has to find a way.”

“Mulan” has some built-in advantages over other movies that have bypassed theaters. It arrives with built-in name recognition thanks to the popular original film. Its strong hero and female director (Niki Caro, of “Whale Rider”) may appeal to women looking for alternatives to male-centric superhero movies and action-flicks. “Mulan” is also riding a mini-wave of Asian-led films, from 2018’s hit comedy “Crazy Rich Asians” to Alan Yang’s Netflix drama “Tigertail.”

“She’s just such an inspiration for me. She’s a very powerful female figure,” said Merry Ma, a 15-year-old Chinese-American from Poquott who has seen the animated “Mulan” roughly a dozen times. Ma has been itching to see the new version but was reluctant to ask her mother to join Disney+ — and pay the extra $30.

“She obviously wants to save money for me,” Ma’s mother, Wei Zhu, said with a laugh. “I will pay for my daughter to see that. It’s such a big deal. This movie is so important for Asian Americans like my daughter.”

Zhu said she still remembered her daughter coming home from kindergarten and asking her why she didn’t look like her Caucasian classmates. “She asked: Why don’t I have the American eyes? Why don’t I have the American hair?” Zhu recalled. “I told her: As an Asian-American, you have two countries to be proud of. You should be proud of our roots in China. We have wonderful women like Mulan.”

It’s too soon to tell whether Disney+’s “Mulan” marks a special event or the first in a series of Hollywood films going straight to video during the pandemic. “Is this a trial balloon? Absolutely,” Comscore’s Dergarabedian said. “Everything that’s happening right now could be considered a test.”

Either way seems fine with Dennis, the longtime Disney fan. He said he’d consider paying another $30 for the right movie. “I would definitely do it for ‘Black Widow,’” he said, referring to the Scarlett Johansson superhero film that may or may not open theatrically Nov. 6. “I’m really looking forward to that.”