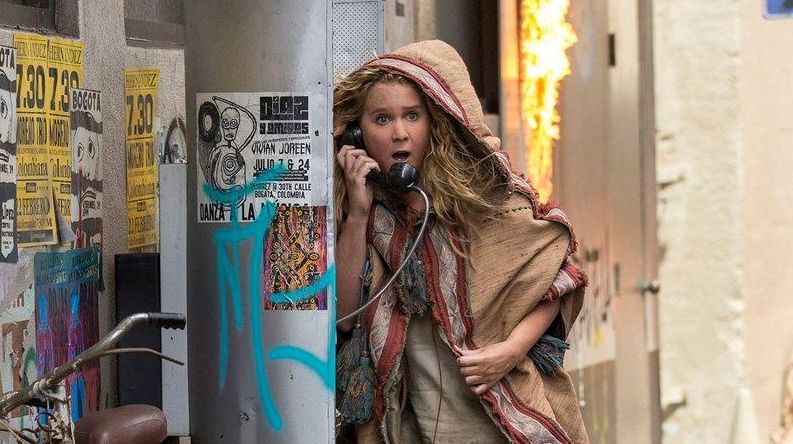 (Warning: Video contains censored profanity that may be offensive to some viewers.) The new trailer for "Snatched," the comedy starring Goldie Hawn and Amy Schumer as mother and daughter coming out in May. Credit: 20th Century Fox

A new trailer for “Snatched” shows Rockville Centre’s Amy Schumer and Hollywood comedian Goldie Hawn teaming up against Ecuadorean kidnappers in a comedy scheduled for a Mother’s Day weekend release.

Unlike the earlier trailer, which focused on the actresses’ roles as mother and daughter, the new trailer devotes more time to Schumer, who plays a recently dumped 30-something named Emily. While on vacation in Ecuador, Emily meets a handsome stranger who may not be entirely trustworthy. Soon, she and her mother, Linda (Hawn), are kidnapped and forced to give up their debit-card PINs (Emily’s is 1234).

Also appearing in this trailer are Wanda Sykes as a fellow tourist (and perhaps a law enforcement agent) and Ike Barinholtz as Emily’s clueless brother.

Written by Katie Dippold (2016’s “Ghostbusters”) and directed by Jonathan Levine (“Mike and Dave Need Wedding Dates”), “Snatched” is scheduled for release on May 12.