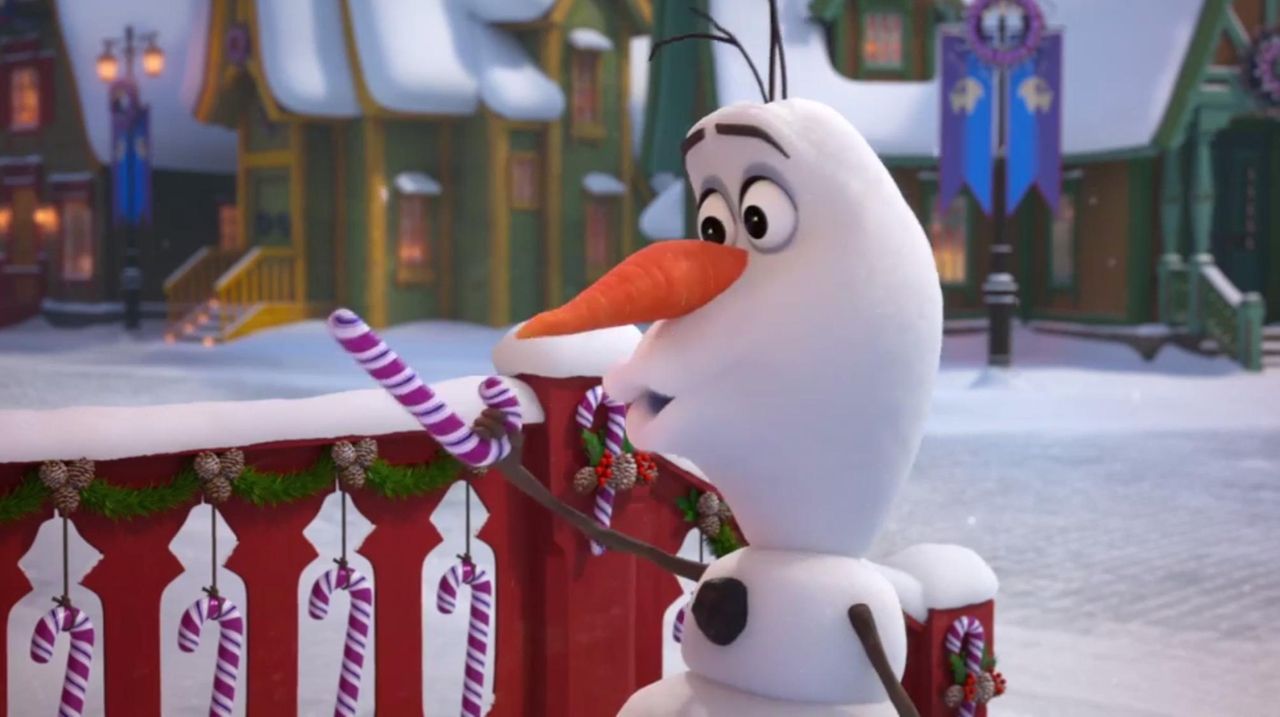 t's never too early to get in the holiday spirit. Credit: Walt Disney Animation Studios

Walt Disney Animation Studios has released a trailer for its upcoming “Frozen” short, “Olaf’s Frozen Adventure.” The 21-minute cartoon, originally set to be a TV special, will screen before the new Pixar film “Coco” this November.

The trailer itself, which premiered on “Good Morning America” Tuesday, will run before Disney Pixar’s “Cars 3,” opening Friday.

The minute-and-a-half trailer — which accumulated 7.7 million views in five hours — finds sisters Anna (voice of Kristen Bell), Elsa (voice of Idina Menzel) declaring the official start of the holidays in Arendelle. But after they realize they have no family holiday traditions, the ever-innocent and ever-enthusiastic little snowman, Olaf (voice of Josh Gad), sets off with reindeer Sven to survey households in the kingdom and learn what traditions exist.

He collects such treasured tropes as candy canes and Christmas trees. “You cut down a tree,” he asks one family, seeking clarification, “and then you dress its corpse with candles?” The idea of presents dropped off by a Santa figure he jots down cheerily as “Breaking and entering!”

The featurette is directed Kevin Deters and Stevie Wermers-Skelton, who won Emmy Awards as writer-directors for “Prep & Landing” (2009) and “Prep & Landing: Operation Secret Santa” (2010). It includes four original songs by Elyssa Samsel and Kate Anderson, the team behind an upcoming musical adaptation of Jodi Picoult and daughter Samantha van Leer’s young-adult novel, “Between the Lines,” scheduled for a Sept. 8 world premiere by the Kansas City Repertory Theatre.

“Coco,” an animated feature about a boy who finds himself visiting his forebears in the land of the dead during Día de los Muertos, opens Nov. 22. “Olaf’s Frozen Adventure,” which will screen in 3-D, is the second animated-short sequel to the blockbuster “Frozen” (2013), following “Frozen Fever” (2015).