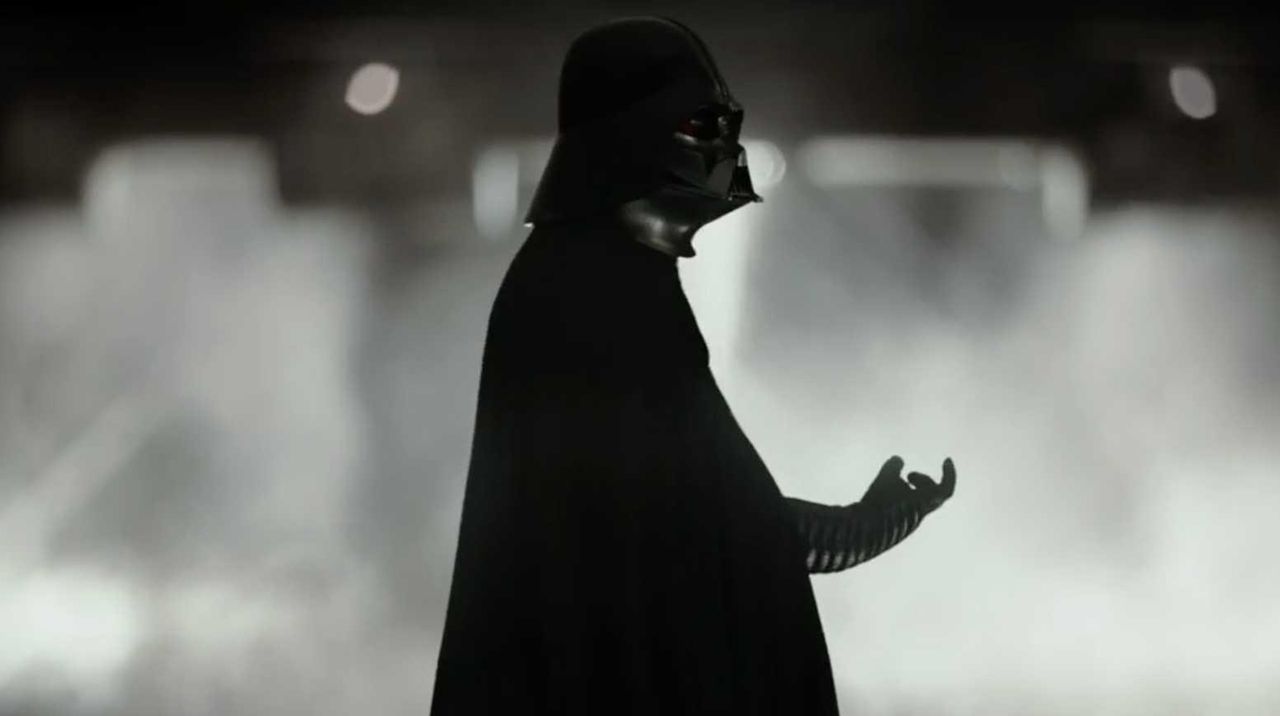 The latest trailer for "Rogue One: A Star Wars Story," released on Nov. 28, 2016, has a surprise for fans. Credit: Star Wars

PLOT A young loner joins the Rebel Alliance to steal the plans to the Death Star.

BOTTOM LINE This “Star Wars” spinoff doesn’t spin very far off from the franchise, but it’s a serviceable stopgap between chapters.

“I have a bad feeling about it,” says a character in “Rogue One: A Star Wars Story,” the first stand-alone movie in the new “Star Wars” series. If you’re fan enough to recognize the line — riffs on it have been uttered in all seven movie-chapters — then “Rogue One” was made for you. The rest of us will feel reasonably entertained but not blown away by this familiar-feeling blockbuster.

Either way, “Rogue One” is a testament to our bottomless appetite for the characters, planets and even the pseudo-religion established by George Lucas nearly 40 years ago. “Rogue One” is a movie-length back story leading to the opening scene of 1977’s “Star Wars,” in which Darth Vader boarded Princess Leia’s ship to find the stolen plans to the Death Star. Back then we never asked: Who stole them in the first place? And why did the Death Star contain a fatal flaw that allowed it to be destroyed (in two movies)? Now that Lucas has relinquished creative control over his universe, other filmmakers can invent their own answers.

Written by the versatile Chris Weitz (“American Pie”) and three others, “Rogue One” focuses on a garden-variety space criminal, Jyn Erso (Felicity Jones), who reluctantly joins the Rebel Alliance. It’s Jyn who discovers those Death Star plans, because her father, Galen (Mads Mikkelsen), was forced to design them under Imperial Commander Krennic (a very good Ben Mendelsohn).

On such sturdy tropes was “Star Wars” built, and “Rogue One” tweaks them only slightly. A new ’droid, K-2SO, sounds exactly like C-3PO (Alan Tudyk provides the voice) but has a bit more snark in his circuits; Donnie Yen is appealing as Chirrut Imwe, a blind martial-arts mystic; Forest Whitaker briefly appears as Saw Gerrera, an enigmatic chieftain. The film’s one truly original creation is the Rebel Captain Cassian Andor, who has done terrible things for his worthy cause. Played by an earnest Diego Luna, Cassian is fairly edgy character for a “Star Wars” movie.

Director Gareth Edwards takes a brave risk by staging several action sequences in Vietnam War-movie mode — it’s interesting to see laser-toting soldiers trudging through ankle-deep water against a backdrop of palm trees — but the final battle is overlong and very jumbled. “Rogue One” should thrill die-hard fans and placate casual ones, but this stand-alone story often seems to be standing in the same old place.